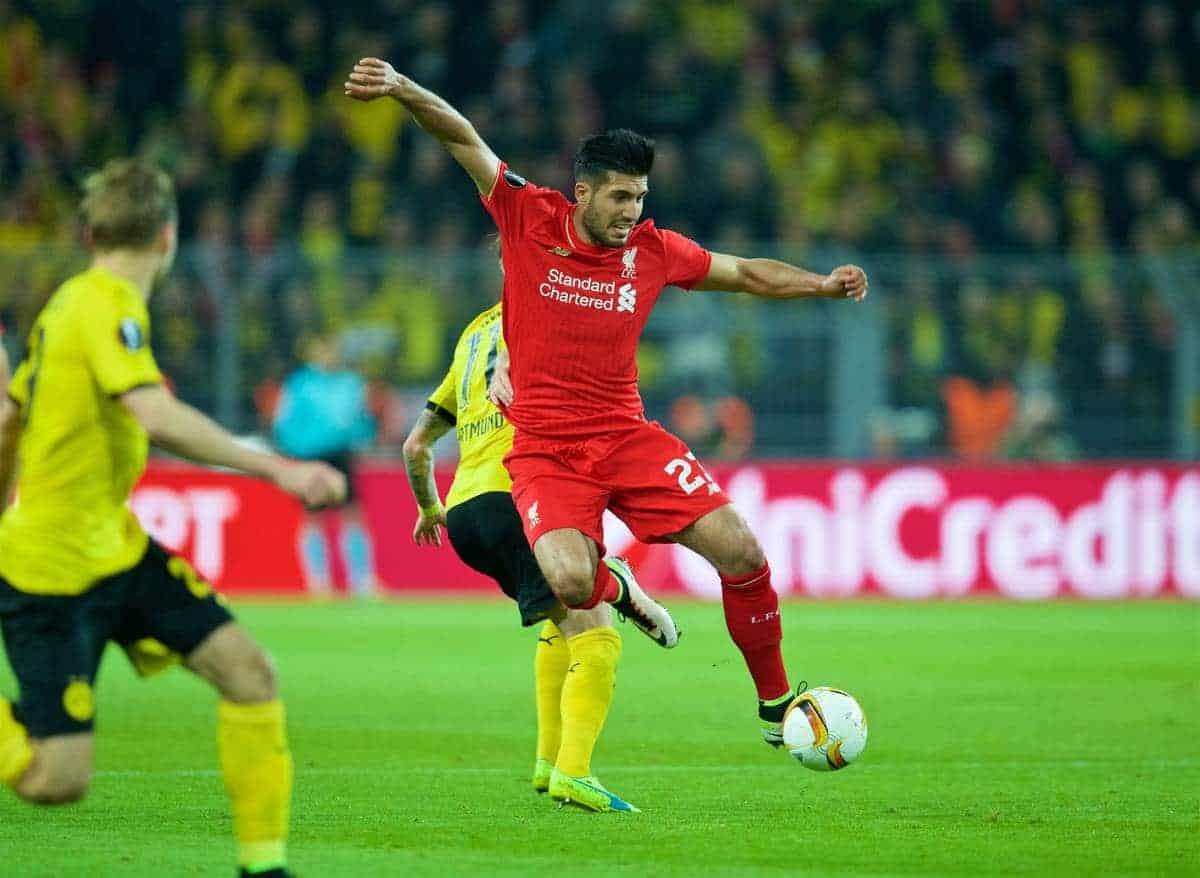 Liverpool midfielder Emre Can‘s domestic season is over after he was ruled out for at least four weeks with ruptured ankle ligaments.

The 22-year-old limped off in Thursday’s dramatic Europa League win over Borussia Dortmund and left Anfield on crutches with his right foot in a protective boot.

He underwent a scan yesterday and the results indicated ruptured ligaments which could sideline him for up to six weeks.

However, Press Association Sport understands Liverpool’s medical team are hopeful the lay-off will only be four weeks, meaning the Germany international would have a chance of making the Europa League final should the club get past Villarreal in the last four.

It is the second injury blow in a week as fellow midfielder, and captain, Jordan Henderson damaged knee ligaments in the first leg against Dortmund and was also ruled out for the rest of the season.

“He is injured. It is with the ligament in the right ankle. We will see,” said the Reds boss.

“At this moment it is not the best news to be honest. I don’t want to give a timescale but we will try everything to get him back as soon as possible.

“Anyone who saw the game against Dortmund could see it would not be too bad if we could involve him one or two times (again this season) but we will see.

“There is a chance, how big time will show. It will take time, that is clear, but we have to find other situations – it is not about moaning about the situation. “It is the last four or five weeks of the season so we should not say ‘OK the season is finished’ because there is hope and it is not.

“But if he is not available we have to find other solutions, we have to give the job to different people, change the style.

“Emre is really in good shape and you could see he felt really secure and was confident and he used his skills like he should use them – not always running with the ball like he did in the past – and he played man’s football.