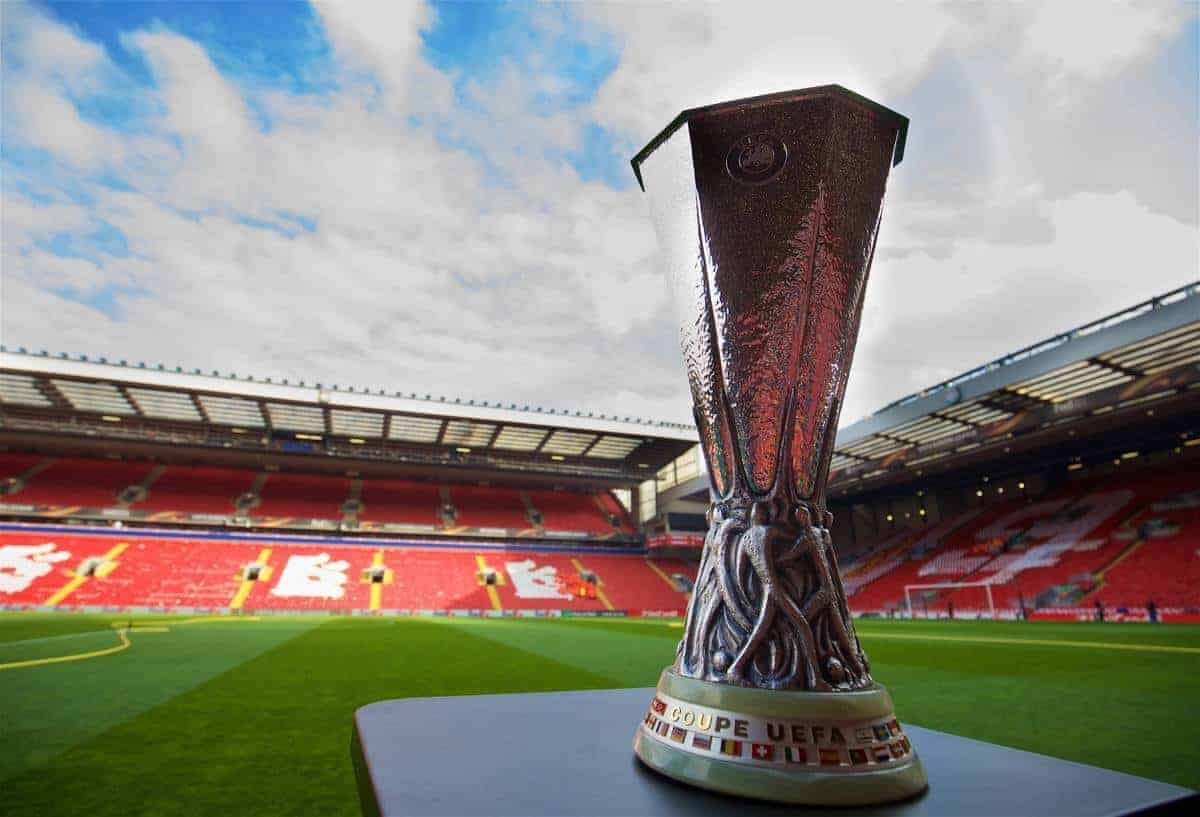 Liverpool have been drawn against Spanish side Villarreal in the Europa League semi-finals. The ties will take place on April 28th and May 5th – with the first leg in Spain.

The two sides have never faced each other in a competitive match before, with their only meeting being a friendly in 2008 – a 0-0 draw at Estadio El Madrigal.

The other semi-final will see Shakhtar Donetsk play Sevilla.

The winners will contest the Europa League final, in Basel on May 18th.

Jurgen Klopp‘s side reached the final four of the competition after the incredible comeback victory over Borussia Dortmund last night, winning 5-4 on aggregate against the German side.

Villareal are in good form this season, currently fourth in La Liga. They beat Sparta Prague 6-3 on aggregate in the quarter finals.

Liverpool last played in a UEFA Cup final in 2001, when they beat Alaves 5-4 in extra-time.