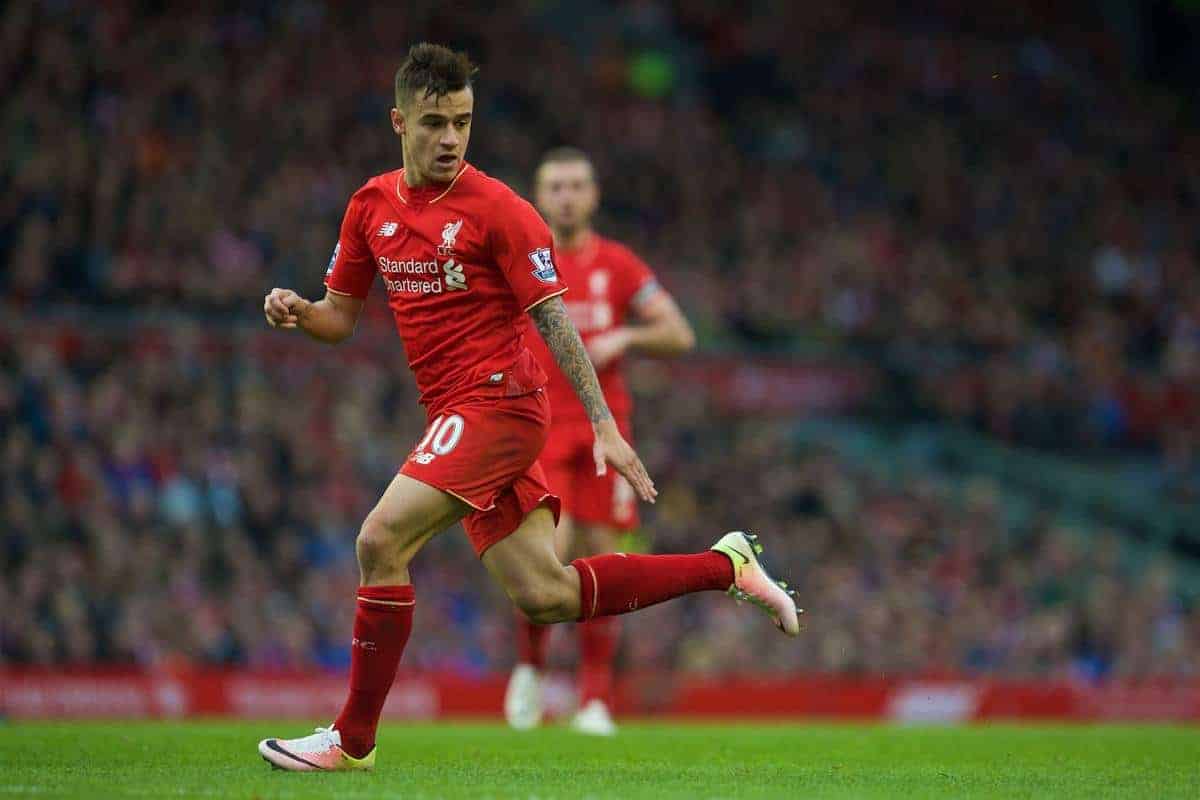 Liverpool managed to draw against a well-drilled Tottenham side in a game which lacked real quality but was entertaining nonetheless. James Nalton was at Anfield to rate the individual performances from the Liverpool players.

Saved a stinging shot from Eriksen in the first ten minutes which was almost straight at him, but he dealt with it well.

Doesn’t inspire confidence in his back line when making decisions, as shown when he told Lovren to leave the ball before going on to kick it at Harry Kane. Luckily for Mignolet the ball bounced over the bar after hitting the Spurs striker.

Made another great save from Eriksen in the second half, diving to his right and getting a strong hand to another powerful shot to divert the ball wide. Also saved in the other direction from a slow but troublesome Moussa Dembele effort late on.

Failed to deal with the ball down the left when Spurs scored their goal, but also made some good defensive contributions in one of his usual decent displays.

Played a couple of good through-balls to Henderson and Origi in the second half, and he might have expected to have notched up an assist for at least one of these passes.

Covered well when his team-mates made errors, and was commanding as he stepped out to stop attacks as they came in.

Made a vital block on a Kane shot towards the end of the first half which drew considerable applause from the Kop.

Continued in this manner in the second half until he was turned too easily by Kane for Spurs’ goal, but this might have been the only error in an otherwise impressive display.

This was one of those afternoons when the French defender goes from brilliant to barmy. But mostly barmy.

With almost the first touch of the game he feinted to pass back to Mignolet, but instead turned and played the ball into midfield to instigate an attack.

But he then went on to put his side in trouble on numerous occasions, gifting the ball to the opposition midfield and leaving Kane free in behind him.

Then on another occasions, the ball comes to him and he’s back-heeling the ball to Emre Can to get out of a tricky situation.

Settled down in the second half when he had less to do, but won’t change the minds of his doubters with this performance.

Struggled almost as much as Sakho in the first half, but like his team-mate he had a less eventful second period.

Won the odd header against opponents much taller than him, and made a vital intervention in the final minutes when the ball was loose in the box.

A sloppy pass in the opening minutes almost gifted Spurs a chance, and this was to set the tone for his first half display.

Often came out second best in battles with Dembele, and generally looked off the pace.

Like many of his team-mates he looked more comfortable in the second half, but he’ll still be hoping to improve for the games which remain this season.

Like Dejan Lovren, the captain was another player who spent much of the first half clearing up following the mistakes of others.

Was hampered by the wastefulness of Can alongside him, but showed plenty of bite in the challenge and put in his usual hard-working shift against what was a dynamic Spurs midfield.

Was involved more in an attacking sense in the second half, but, as is often the case, he couldn’t quite influence the game as much as he would like in this area.

Never really got into the game and was generally sloppy with his touch and loose with his passing.

Had an early chance blocked when he might have been quicker to the ball to get a better contact on it.

His passing accuracy at the end of the game came in at just 64%, the lowest of Liverpool’s outfield players.

Had two chances towards the end of the first half but was thwarted on both occasions by great saves from Hugo Lloris.

The first was set up by Coutinho but he still had to engineer space to get a shot away, and then he saw an effort which he scuffed into the ground, brilliantly palmed away by the Spurs keeper.

Was the tidiest of Liverpool’s attacking players, and was his side’s best passer with 85% accuracy.

Philippe Coutinho – (man of the match) 8

The Brazilian came alive towards the end of the first half when he played excellent passes through to first Sturridge, and then Lallana.

Continued in this vein in the second period, and he opened the scoring for Liverpool in front of The Kop, slotting the ball into the corner following a one-two with Sturridge.

Engineered another chance later in the game, but his low cross across the goal-line couldn’t be turned in by a lurking Sakho.

Finished the game with five key passes – as many as the rest of his team combined.

Didn’t get much joy in the first half until the 36th minute when Coutinho played a perfect through ball to him, but he hit it straight at Lloris. He should have done better.

Combined well with Coutinho for the goal, turning provider as he played the ball back for his team-mate to score. Almost scored from Coutinho’s cross shortly after following some good movement in the box,  but his header went over the bar.

Was substituted midway through the second half after a fairly quiet game, but one in which he bagged an assist and got into good positions to score.

Full of running and endevour, the Belgian looked lively on entering the pitch, and shirtly after he was skinning Spurs defender Kevin Wimmer on Liverpool’s right side.

Once through on goal his shot was blocked, but shortly after he was setting up Coutinho for a chance.

Slotted into an advanced midfield role, but was more of a central midfielder than the attacking midfielder he replaced.

Replaced Milner on the right-wing with just two minutes to go.

Still limited somewhat by some of the personnel available to him, the real time to judge Klopp will be next season.

In this game he must have said something to a number of players in the dressing room at half time, as those who struggled in the first period looked more assured in the second.

In his pre-match program notes he had praise for the opposition, commenting that Mauricio Pochettino was “one of the best managers in Europe”, and that his team was “playing some of the most entertaining and exciting football of any team in England at the moment.”

Klopp’s efforts limited Spurs to a point but he will be disappointed with a lot of what he saw today, especially in the first half when his side struggled to string passes together.

Spurs themselves were very sloppy at times, however, and this was due in part to the pressure placed on them by a Liverpool side who worked hard off the ball.