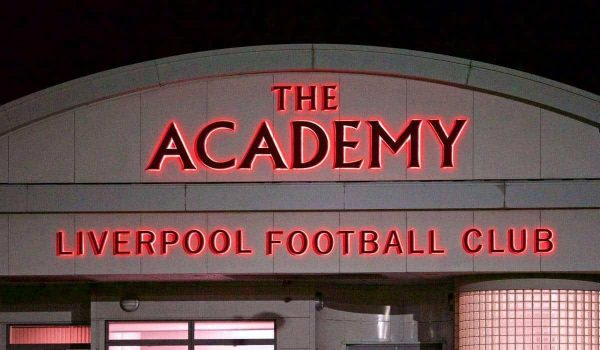 Liverpool’s miserable luck with injuries has continued with U18s stars Yan Dhanda and Bobby Adekanye ruled out for the rest of the season.

Neil Critchley‘s U18s side have made great progress throughout 2015/16, but have been dealt a cruel blow with the loss of both Dhanda and Adekanye.

The two attacking stars will miss the rest of the campaign through injury, with Dhanda expected to return after the start of 2016/17.

Dhanda suffered a serious ankle injury after an accidental clash with full-back Sam Hart in training this week, with the 17-year-old requiring two operations and lengthy spell on the sidelines, as Critchley explained to the Liverpool Echo.

“Yan is a bit sore but the operation went well and he’s in good spirits,” he explained.

“He’s getting his head around what he’s got to face and the challenge in front of him.

“He’s a level-headed boy and he’ll be fine. He’ll come back strong.

“He was facing two operations as they thought they would have to repair the ligaments at a later stage.”

Despite this, Critchley is hopeful that, with a measure of luck, Dhanda could return for pre-season; but given the severity of his injury, he could well miss the start of the next season.

Meanwhile, Adekanye’s nightmare first season with Liverpool continued after the winger suffered a season-ending ankle ligament injury while on international duty with the Netherlands U17s.

Critchley told the Echo that Adekanye would be sidelined for “a couple of months,” but that he was “hoping he’ll be back fit for the start of pre-season.”

Adekanye’s first season on Merseyside has been hampered by a number of serious injuries, while he was only cleared the compete in November due to work-permit issues.

Alongside Dhanda, Adekanye is one of the U18s’ finest young talents, with Critchley’s hopes fallen on the likes of Ovie Ejaria, Brooks Lennon and Ben Woodburn in their absence.

Lennon arguably has the brightest future, and the 18-year-old will look to step up his progress throughout 2016.