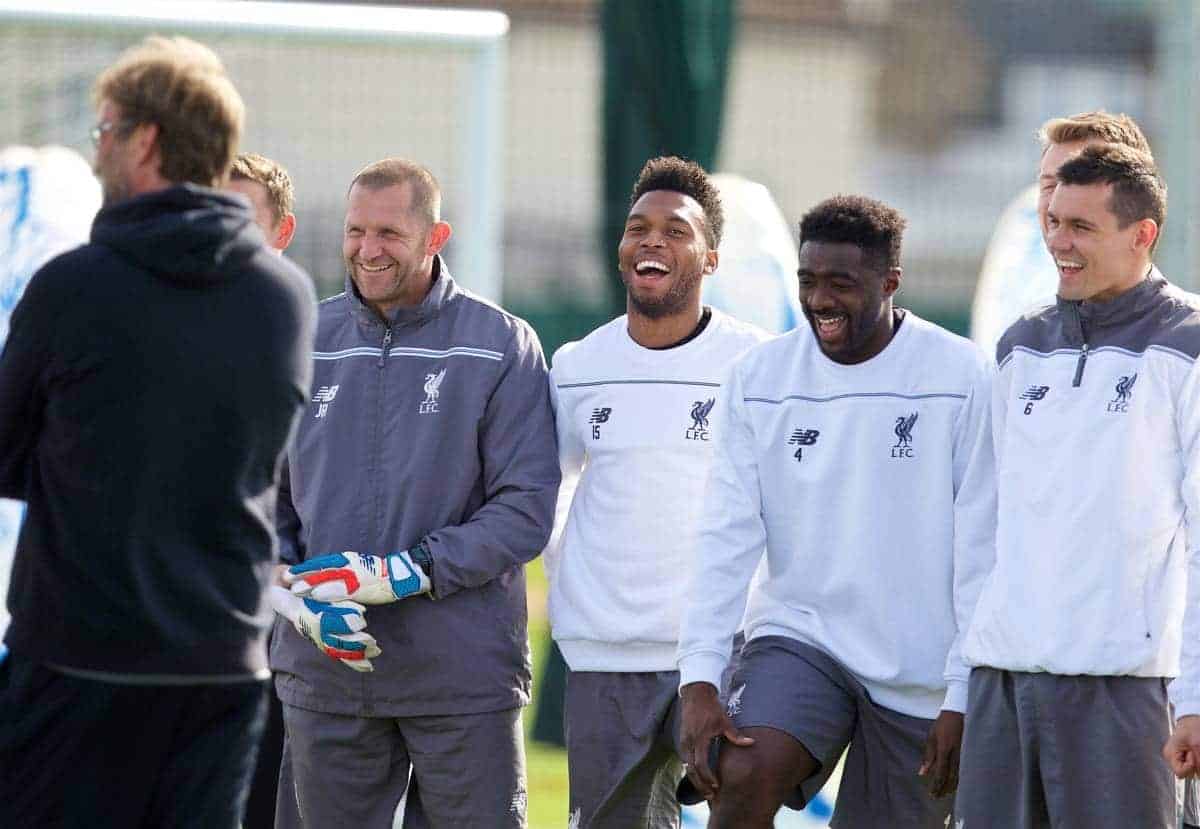 Liverpool trained at Melwood ahead of their Europa League quarter-final second-leg against Borussia Dortmund.

Simon Mignolet was on hand at Melwood on Wednesday to preview the game with Jurgen Klopp and the press.

Looking ahead to Thursday’s encounter against Dortmund, with the tie poised at 1-1, the Belgian international said, “We look forward to it. We know it’s a great occasion, a great game to play.

“We played a really good game away from home in Dortmund.

“It was a great night in Dortmund, [but] our fans will do their best to get behind us and match that – or even do better.”

Meanwhile Klopp is looking forward to another electric atmosphere at Anfield against his former club.

“We’ve had a wonderful atmosphere in the Europa League, but the best was for sure the first leg against Manchester United,” he told reporters.

“This is the level we have to jump over.

“I don’t like atmospheres in football when they don’t really impact the game.

“So we have to do our job really, to be part of this atmosphere: to show we’re ready, and I’m sure the crowd will help us.”

Liverpool vs. Borussia Dortmund gets underway at 8.05pm on Thursday, 14th April 2016 and is live on BT Sport Europe in the UK.

All photographs courtesy of Propaganda Photo.