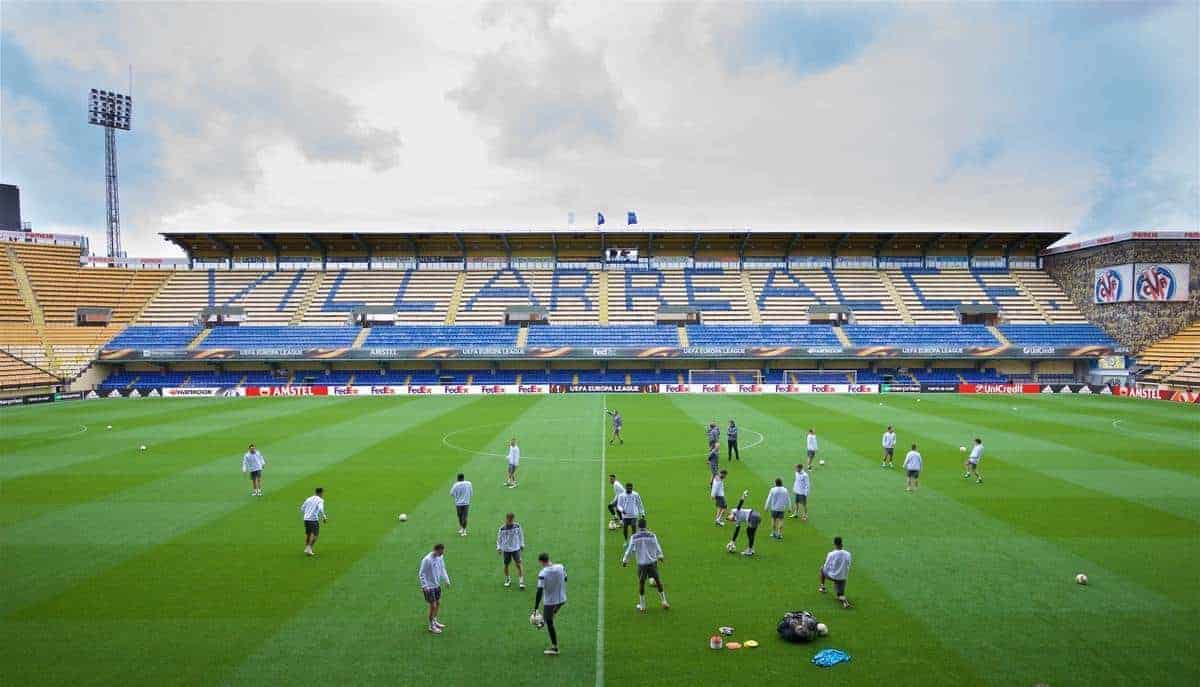 The Reds will be looking to continue their fine European form with a win in eastern Spain, taking on Marcelino Garcaa Toral’s strong Villarreal side.

After an incredible comeback win over Borussia Dortmund in the quarter-finals, Liverpool have their eyes on Europa League glory, looking to set up a final clash against either Shakhtar Donetsk or reigning champions Sevilla. Klopp and his backroom staff led training in a mild Castellon climate on Wednesday evening, with the German mulling over his options before making a final decision over his starting lineup on Thursday. Youngsters Sheyi Ojo, Jordon Ibe, Cameron Brannagan and Pedro Chirivella were among those to travel to Villarreal, with Klopp likely to name a pair of them on the substitutes’ bench.

Brannagan and Chirivella made appearances against Bordeaux and FC Sion earlier in the campaign, and will be hoping to benefit from injuries to Jordan Henderson and Emre Can. Another player who could take advantage of a key absence is Martin Skrtel, with the Slovak among Klopp’s centre-back options in the wake of Mamadou Sakho’s failed drug test.

Sakho decided against appealing UEFA’s charges, and is omitted while a disciplinary process continues, with the Frenchman likely to face a lengthy ban.

Skrtel and Kolo Toure will be vying for a starting role alongside first-choice defender Dejan Lovren. Simon Mignolet is likely to start in goal despite a costly error in Saturday’s 2-2 draw at home to Newcastle United, with Danny Ward poised to take up his regular spot on the substitutes’ bench.

Mignolet’s fellow Belgian, Christian Benteke, returns to the Liverpool squad after recovering from injury, and with Klopp stressing that he hadn’t taken any “tourists” to Villarreal ahead of the game, the striker will be hopeful of a spot on the bench.

Having scored four goals in his last five appearances, however, Daniel Sturridge should continue his starting berth in attack. Klopp was joined by Alberto Moreno for his pre-match press conference ahead of training, and the left-back told reporters that he is “in one of my best moments as a footballer” following the Reds’ change of manager back in October.

Klopp’s leadership has been central to Liverpool’s push for the Europa League final, and he will be hoping to take another step towards European glory at Estadio El Madrigal on Thursday night.