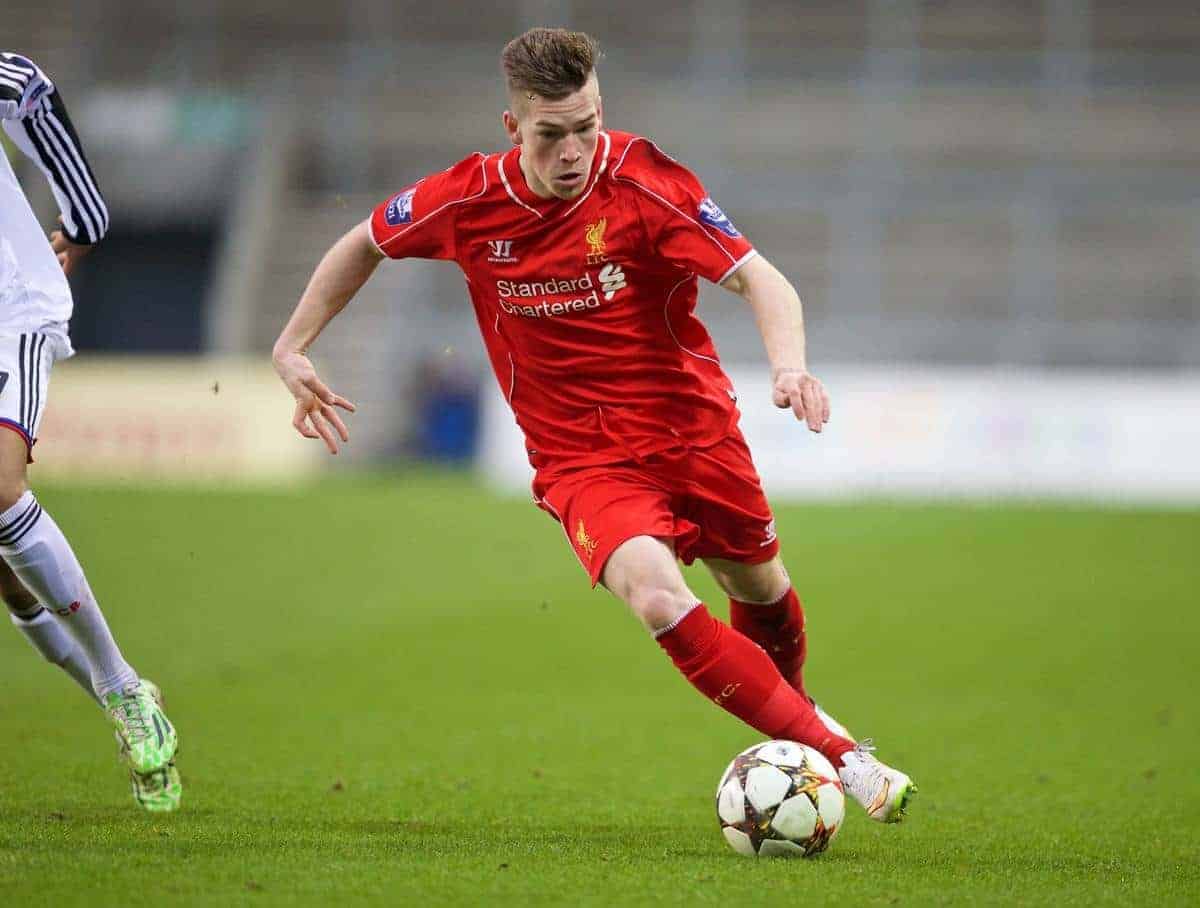 Liverpool U21s fought back from a goal down to earn a 2-1 win at home to Norwich U21s on Monday, with contrasting afternoons for Ryan Kent and Tiago Ilori.

Taking to Kirkby for their final home league game of the season, the Reds welcomed Dmitri Halajko’s relegation-threatened Norwich side to the academy on a blustery day on Merseyside.

Michael Beale named a strong starting lineup in pursuit of victory as the U21 Premier League campaign comes to a close.

Adam Bogdan started in goal, behind a back four of Joe Maguire, captain Lloyd Jones, 23-year-old centre-back Ilori and Jon Flanagan, who continues to push for full fitness.

In midfield, Pedro Chirivella was joined by Madger Gomes and Ovie Ejaria, with Ejaria making his first league start for the U21s.

After a mixed start for both sides, Norwich broke the deadlock on 18 minutes, with Glenn Middleton capitalising on some shocking defensive work from Chirivella, Ilori and Flanagan to power home beyond Bogdan.

With Chirivella and Teixeira looking to trouble Canaries goalkeeper Aston Oxborough, but it was Kent who levelled the scores on 24 minutes.

Some excellent skill from Ejaria saw the lofty 18-year-old create space in the box, before he cut it back for Kent to rifle home.

Teixeira had a number of chances to make it 2-1 to the hosts, but despite some neat touches in possession, the Portuguese produced a poor showing, as he sees out the final months of his contract. His compatriot, Ilori, fared little better, with the first-team hopeful limping off through injury in the second half.

Kent provided some more positivity before full-time, however, crossing for Jones to nod in and give Liverpool the victory, before almost scoring a third himself, heading Lennon’s cross just wide.

This result saw Norwich relegated from the top tier of the U21 Premier League, while Liverpool will continue to push for a modest finish in their last two away games of the season.