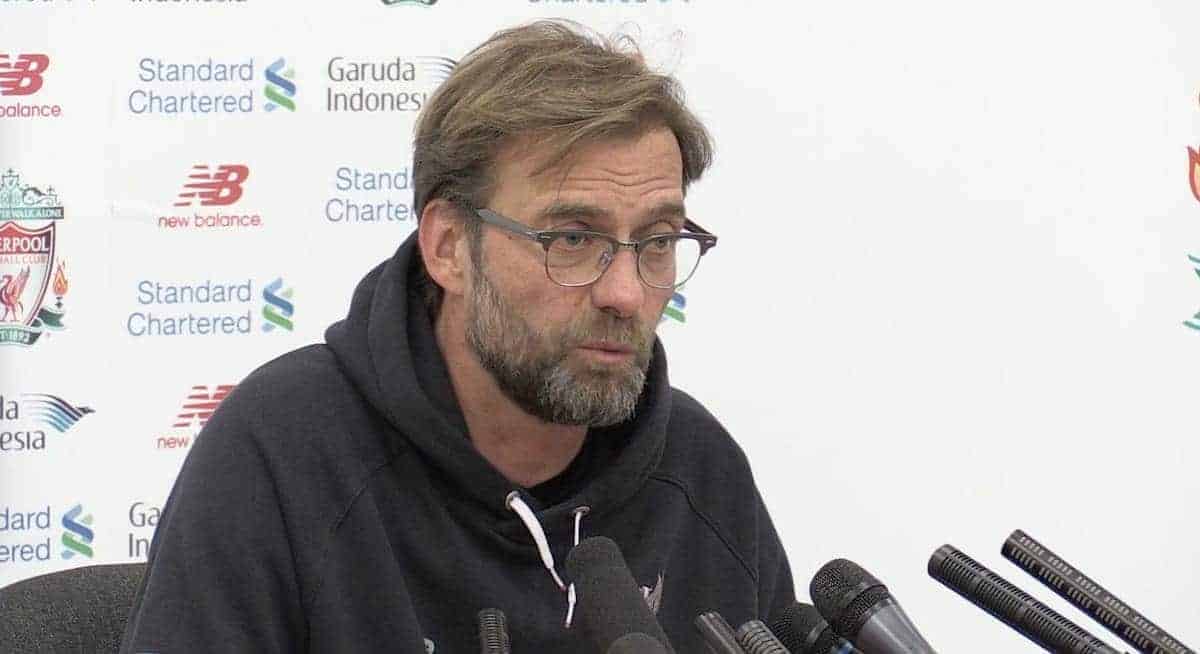 Watch Jurgen Klopp preview the 226th Merseyside, with Everton the visitors to Anfield on Wednesday night.

Klopp provided an injury update on the squad, with no new issues ahead of the game against the Blues.

The manager discussed at length the reasons for his squad rotation against Bournemouth on Sunday, and on his approach to the young players at his disposal.

“The future of Liverpool looks very nice,” he said, before warning that the young players must take the opportunity when given to them.

Klopp also spoke about the passion of the derby matches, emphasising the need for controlled aggression, “not because you want to show ‘I’m the man.”

As ever, revealing and interesting thoughts from the German.