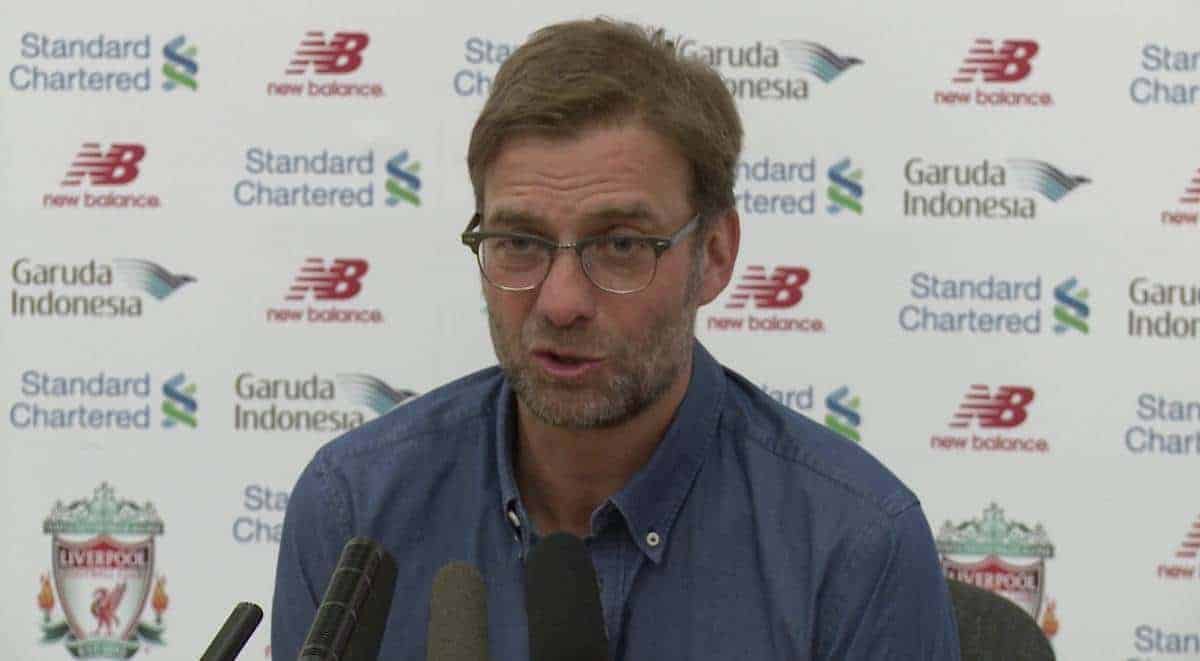 Ahead of Liverpool’s Premier League clash away to Swansea City on Sunday afternoon, Jurgen Klopp addressed reporters at the club’s Melwood training facility.

Liverpool travel to the Liberty Stadium this weekend to take on Francesco Guidolin’s Swans, looking to put a disappointing 1-0 loss to Villarreal behind them.

A last-gasp strike from Adrian Lopez gave the Yellow Submarine in the first leg of their Europa League semi-final at Estadio El Madrigal on Thursday night, leaving the focus on a strong Liverpool performance next week.

Before that, however Klopp must prepare his side to take on an improving Swansea side, who would secure survival with a win at home on Sunday afternoon.

Speaking before the game Klopp suggested that Swansea’s position near the bottom of the table would ensure a tough battle, saying “we know how intensive the game will be.”

“I think Swansea feel and know they’re in the league next year. They had a few problems, so it’s not 100 percent.

“I think we know how intensive the game will be, so we have to think about this, not the result or goal difference.

“I’m the first who wants everything. I sit here and we speak about Swansea.

The 48-year-old, who also discussed the return of Danny Ings and a possible start for Danny Ward, is likely to make a number of changes to the side that lost in Villarreal.

But despite this rotation, he will be keen to secure a win after two disappointing results in a row.