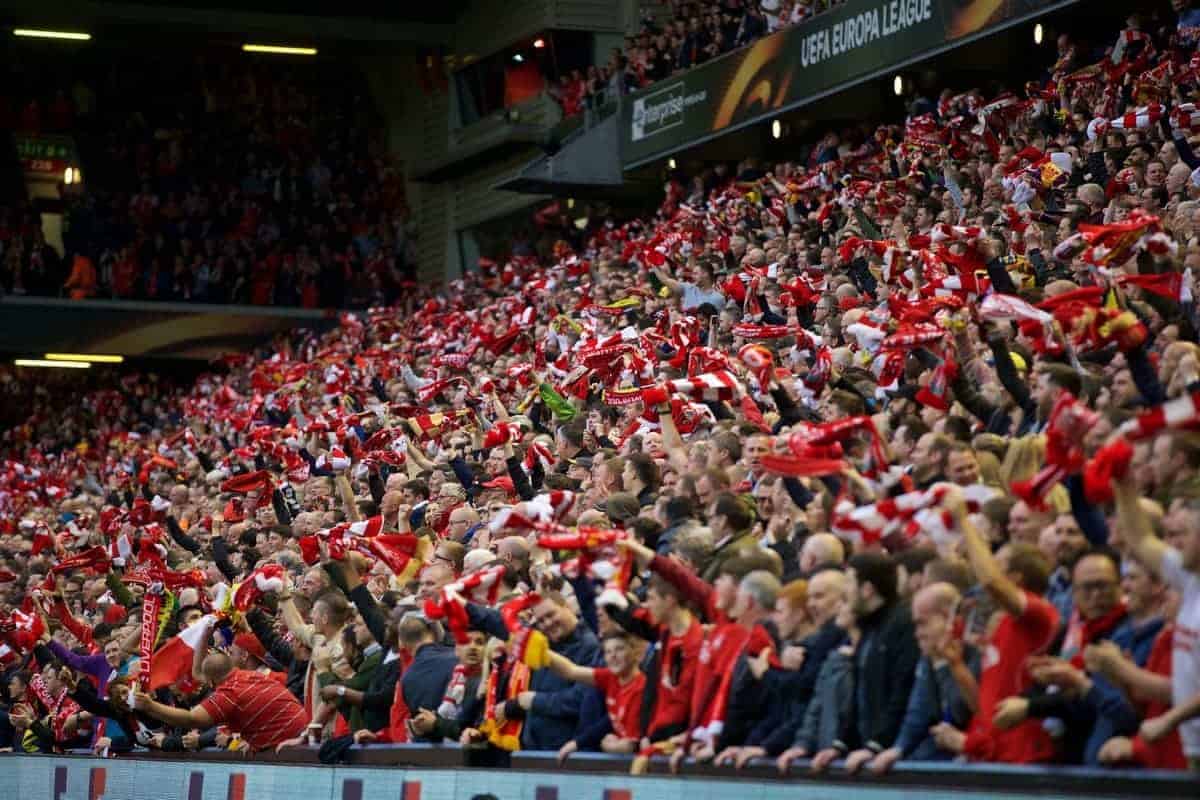 James Milner has heaped praise on the atmosphere at Anfield on Thursday, as Liverpool secured a place in the Europa League Final.

The Reds produced arguably their best performance of the season in their 3-0 slaying of Villarreal, as Jurgen Klopp‘s side cruised into their first European final since 2007.

Bruno’s own goal set the ball rolling early on the night, with second-half efforts from Daniel Sturridge and Adam Lallana sealing Liverpool’s win.

Milner was a standout performer against the Yellow Submarine, but the Reds’ vice-captain believes the team owe a huge amount of gratitude to the fans, who created another special Anfield atmosphere.

“The atmosphere outside the ground with the fans before we came in set the tone for us,” Milner told Liverpoolfc.com.

“[It was a] great atmosphere and that obviously gives you a lift. [It is] such a massive help to the boys – when the atmosphere is like this you feel unbeatable.

“They are a top side. We saw that from the first leg. We obviously knew we were in a bit of a dangerous position – if they got a goal, we needed three.

“But I thought we controlled the game really well. We didn’t panic at any stage, we didn’t attack too much and we looked pretty solid. I thought it was a really good, professional performance.”

Milner also spoke about his desire to add another trophy of Liverpool’s honours board, and talked up the supreme display of his midfield partner Emre Can.

“Liverpool as a club doesn’t take much selling – amazing history, amazing ground and amazing fans. I want to be part of that history and add to that,” he added.

“We’ve been unfortunate in a final already this year. I’m not the only one who has come here to win trophies, the club is used to that and we want to continue that success.

“He (Can) is very consistent. He is a great young player. You forget how young he is – he is going to keep improving.

“He is great on the ball, stepping out and making passes. He is so strong and quick at winning the ball back as well. He was brilliant again, as were all the boys. It’s great to have him back.”

Liverpool will face Sevilla in the final on 18th May, with the Spanish side looking for a third straight title in the competition.

It promises to be a wonderful against at St. Jakob-Park in Basel, and if Klopp were to secure a trophy in his first season at the club, it would be a wonderful achievement.