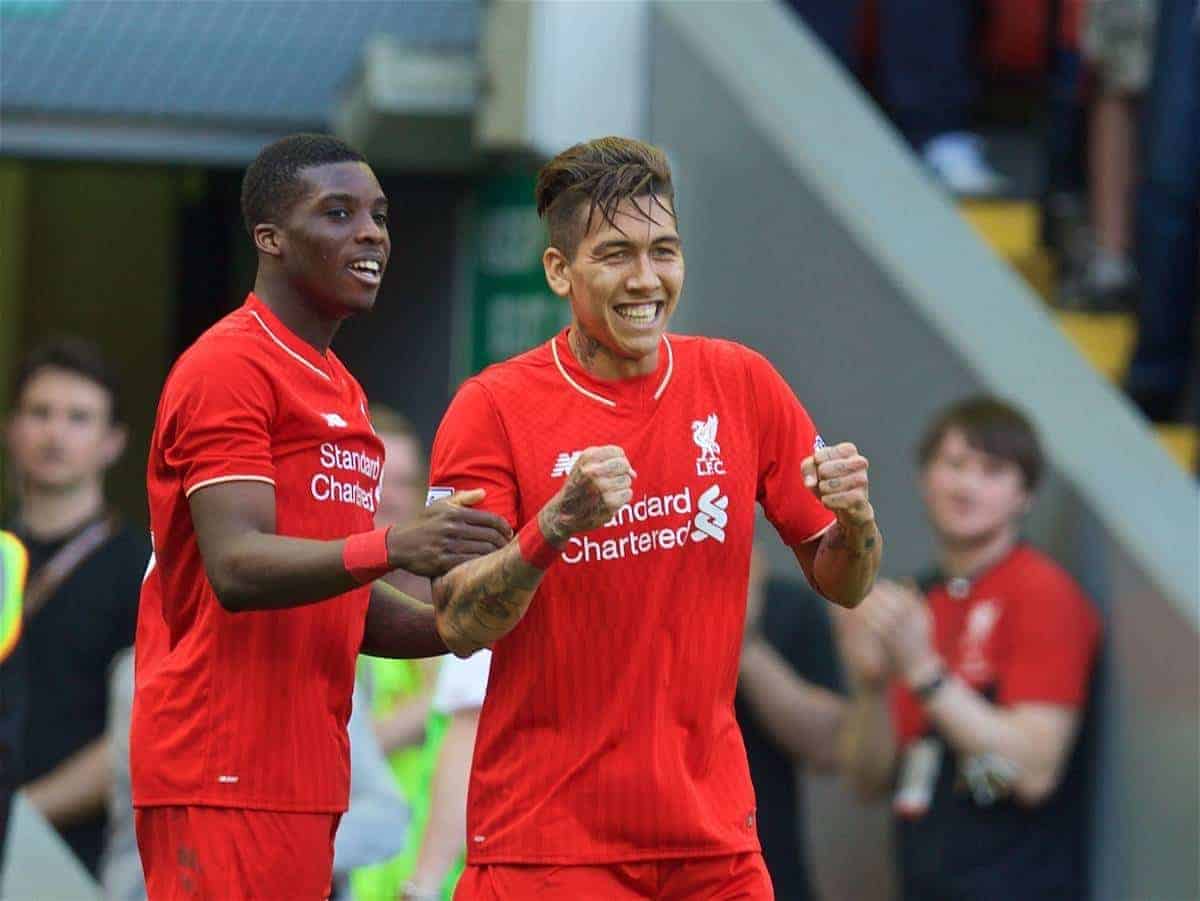 Liverpool recorded a comprehensive 2-0 victory at home to Watford on Sunday afternoon, building momentum at the end of the 2015/16 season.

Goals from Joe Allen and Roberto Firmino sealed the three points for the Reds, as Jurgen Klopp‘s side strolled to the win at a sunny Anfield.

With just two games until the end of the league campaign, Liverpool will hope to continue this run of form and secure a top-six finish, providing supporters and Klopp himself plenty of cause for optimism.

Here’s how supporters saw Liverpool’s 2-0 win at home to Watford.

On the whole, there was a sense of contentment, despite a relatively drab affair on Merseyside…

Solid 2-0 Liverpool win, Allen keeps impressing under Klopp! Firmino is having a great season too! If only we were more consistent! #LFC ?

“Meaningless match and meaningless result, but I guess it’s still better to be on the winning side than not…”
– Hope in your heart on the forums.

“Solid win for a much-changed Reds side to avenge the Vicarage Road debacle in December.”
– Football Following on Facebook.

Bit dull, but a great result for #LFC for a number of factors. More experience for Ojo and Co., a nice clean sheet and rest for key names.

“Good game with a clean sheet, a win, and zero injuries! I’ll take that. Onto to Chelsea now!
– Rahul Patil on the forums.

There was plenty of praise for youngsters Sheyi Ojo, Cameron Brannagan and Kevin Stewart…

“great passing, some great work from this team ojo, kevin stewart and brannigan in particular.”
– Andy Tozer on Facebook.

“Brannagan seems like a tasty prospect from what we see, looks to be more PL quality than Chirivella.”
– charleslee89 on the forums.

The players who have it, stand head and shoulders above the rest. Brannagan is one, who has it in spades, with composure and control also.

Brannagan looks a real talent. Looked so bright since coming on.

“How many more EPL games left for us now?
– Maria on the forums.

“Enjoyable match, good run out for the youngsters, lets keep racking up the wins before Sevilla.”
– Alexios Avrassoglou on Facebook.