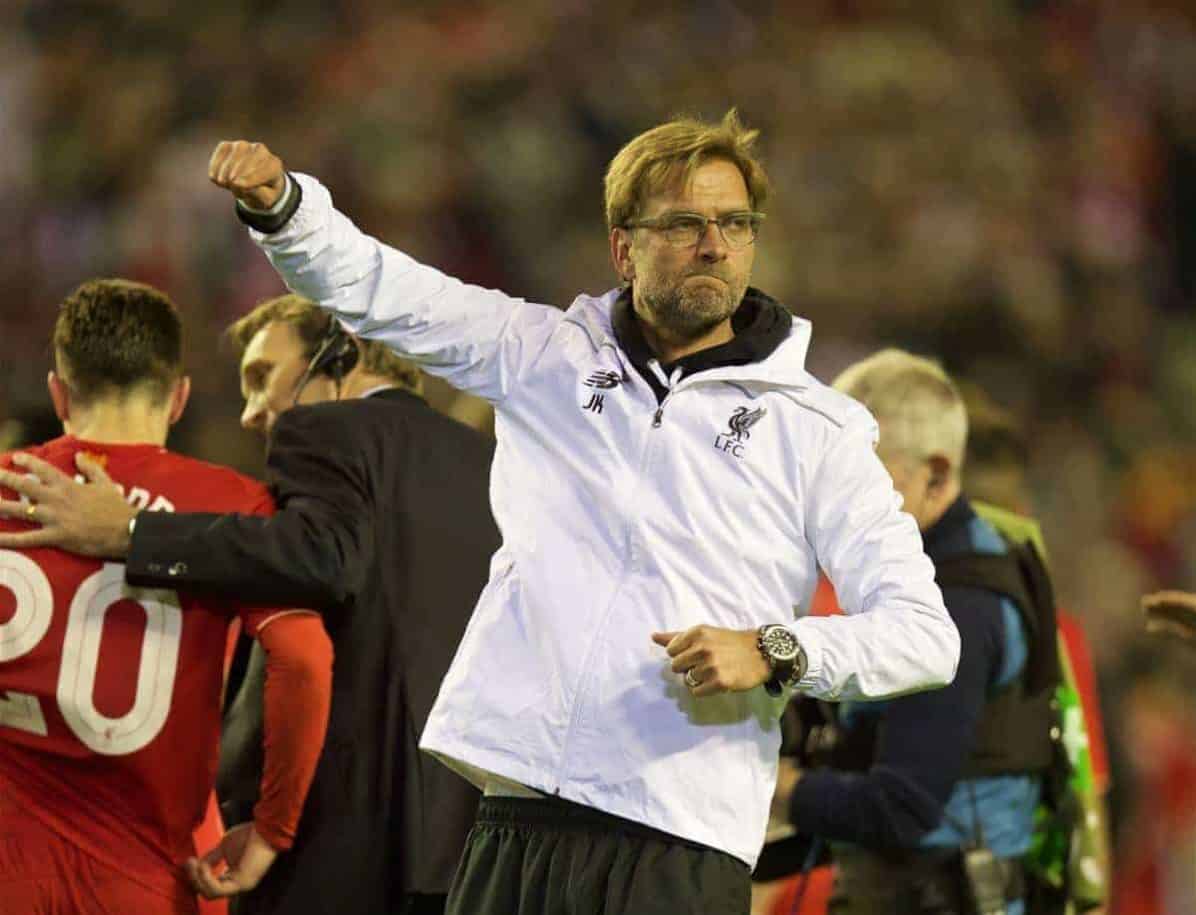 Only 10,236 tickets are available to Liverpool supporters for the Europa League final, but Jurgen Klopp believes it’s worth the trip either way.

Liverpool reached the final with a 3-1 aggregate win over Villarreal in the semi-finals, and will now take on Sevilla at St. Jakob-Park on May 18.

Supporters are left frustrated at their allocation for the 35,000-seater stadium, with less than a third of that capacity made available to the travelling Kop.

Whilst many, if not all, of the hotel rooms in Basel for the occasion have been booked up, Cheaprooms.co.uk have found affordable options in the nearby German city of Freiburg.

Speaking to reporters on Friday morning, however, Klopp overlooked this issue and called for a mass exodus to Basel to support his side.

“What I learned in life is what I can’t change I don’t think about,” he said.

“It’s such a wonderful opportunity for all of us to play this final and we cannot change the stadium.

“I was there one or two times before, wonderful stadium, wonderful city.

“It’s worth going even without a ticket, around the stadium—enjoy yourself there, enjoy your life as a Liverpool supporter.

“I think if we say who wants to go there, you will find 30 million people who want to see the game!”

Klopp will no doubt be hoping for a similar reception to that experienced ahead of Thursday night’s semi-final second leg at home to Villarreal.

Thousands of supporters lined Anfield Road to welcome to team bus to the stadium, while the vociferous support continued inside, as Anfield roared the Reds to victory over Marcelino’s side.

It is one of the marked differences Klopp has made in his short seven months in charge at Liverpool.

This must continue for the Europa League final, in what is undoubtedly Liverpool’s biggest game of the season.