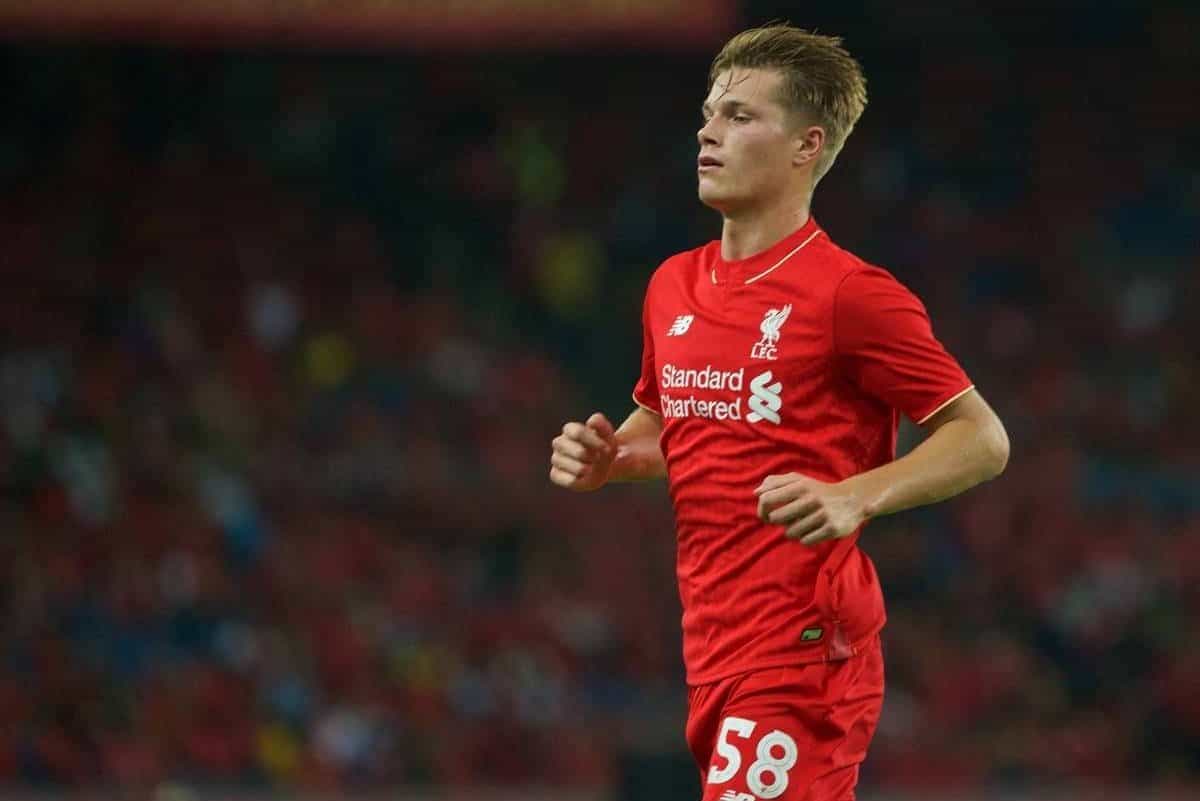 A number of Liverpool’s academy players are set to leave the club at the end of the season, with two announcing their departures this week.

As contracts are extended and futures resolved one way or the other, young players are set to pursue other avenues throughout the summer.

This is no different at Liverpool, as Alex Inglethorpe’s academy undergoes another shakeup of talent, with those deemed unlikely to breach the first-team setup allowed to search for a new club.

This week, centre-back Daniel Cleary and midfielder Alex O’Hanlon, both 20, revealed that they had left the club.

Taking to Twitter on Thursday, Cleary said that it was “time to move on,” but extended his gratitude to Liverpool, after joining the Reds from Crumlin United in 2011.

“Been a tough day saying goodbye to everybody in the club like to say thanks to everyone at Liverpool for everything!” he said.

Meanwhile O’Hanlon, who joined from another Irish side, St. Kevin’s Boys Club, in the same summer as Cleary, is believed to have a number of lower-level sides chasing his signature including Sheffield Wednesday, Oxford United and Nottingham Forest.

Twenty-year-old attacking midfielder Daniel Trickett-Smith, signed for £1 million from Crewe Alexandra in 2012, is also set to leave at the end of his contract this summer.

Meanwhile, another player poised to depart is Jordan Rossiter, with the 19-year-old reported to have travelled to Glasgow on Friday to complete a free-transfer move to Rangers.

The newly promoted Scottish Premier League side will pay Liverpool just £250,000 for the academy star.

The Reds could find themselves in a similar position if Jerome Sinclair, another young player whose contract expires this summer, opts to join an overseas club ahead of 2016/17.

Watford have been heavily linked with a move for the striker, but it has been speculated that the Hornets’ owners, the Pozzo family, will navigate a tribunal by signing Sinclair for one of their others clubs, either Udinese or Granada, before loaning him to the Premier League side.

One player who is set to remain at the club, however, is versatile defender Joe Maguire, who has often served as captain for the Liverpool U21s in 2015/16, and made his first-team debut in January’s 2-2 draw with Exeter City in the FA Cup third round.

Maguire posted on Twitter to say “good luck to the lads moving on from the club,” adding that he was “looking forward to seeing them flourish at their new clubs.”

Cleary, O’Hanlon, Rossiter, Sinclair and Trickett-Smith are unlikely to be the only players to leave the academy on a free transfer this summer.

Lloyd Jones, Ryan McLaughlin and Jack Dunn are among those with question marks over their future, as the academy clear-out continues at Kirkby.