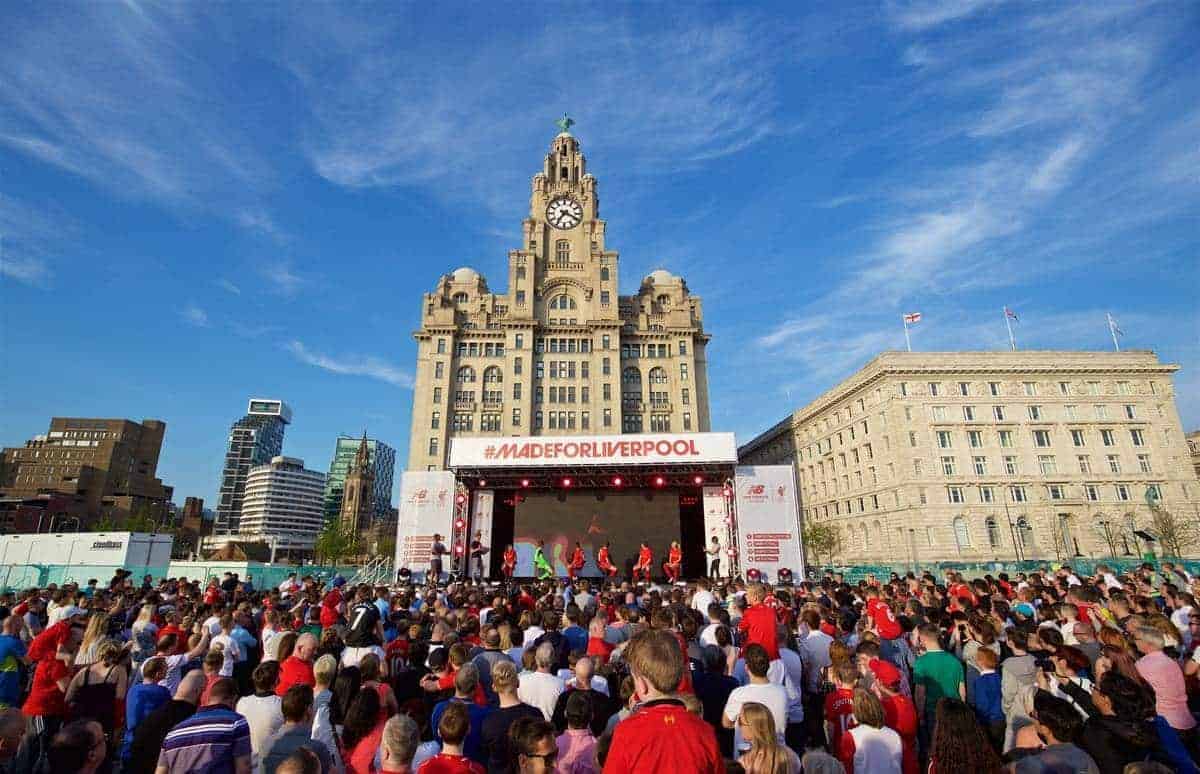 Liverpool have officially unveiled their new home kit ahead of the 2016/17 season.

The new strip was modelled by Jordan Henderson, Philippe Coutinho, Simon Mignolet, Jon Flanagan and Connor Randall on Monday evening, at Pier Head on Liverpool’s waterfront in front of the iconic Liver building.

A sizeable crowd turned out for the launch, such is the ever-increasing popularity of modern football, with supporters keen to see what their heroes will be wearing next season.

In truth, it had been leaked weeks ago, but that seemingly made no difference to the hoards of people on show in Liverpool.

Think @Robbie9Fowler needs to work on his skipping there. pic.twitter.com/5q9KIjsQQo

Robbie Fowler was on stage to warm up the crowd prior to the 7pm reveal, along with Jason McAteer. Bizarrely, the Reds legend was skipping in the build-up to the big reveal.

Spirits are high following the Reds’ qualification for the Europa League Final last Thursday, and the hope is that Henderson and Co. will lift trophies in the new attire next year.

Twitter gave its thoughts on the kit, with the reaction positive on the whole:

You know what, I really like the kit pic.twitter.com/vxTFOUQk5C

New Balance make a good kit, to be fair. pic.twitter.com/iq3RBFo5rp

Looks good in this sunshine.

New kit is quite smart

Dear @LFC @NBFootball I don't like collar buttons. That is all.

Wear your heart on your sleeve and the Liver Bird on your chest. The New Balance @LFC 16-17 home kit. pic.twitter.com/oRCVyuYTbN

Well that was a shock. The new kit is the one we all saw a month ago.

That keeper kit is dreadful. Like the home kit, but the keeper. Jesus wept.

I know it's only a kit launch but we're sitting out in the sunshine at an #LFC event 9 days before our European final.

The kit for next season. The single button does give a professional look to it. #NewBalance #LFC pic.twitter.com/bkWYNXychw

Let us know your thoughts on the new home kit in the comments section.