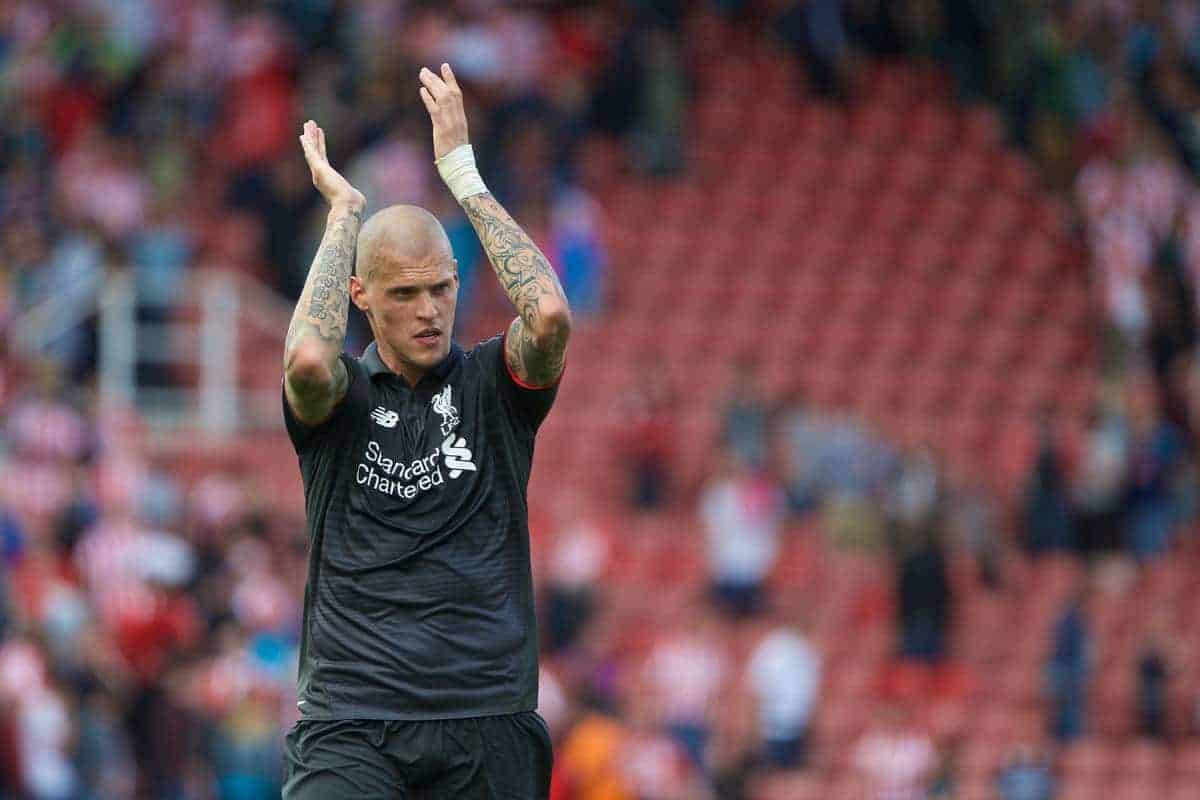 Martin Skrtel’s long association with Liverpool is set to end this summer, with the defender considering a move to Besiktas.

The Turkish Super Lig side were reported to have opened talks with the Reds over a move to sign Skrtel back in April, as they look to bolster their defence ahead of 2016/17.

With Skrtel fading into the periphery on Merseyside, his departure seems likely, and speaking to Turkish Football this week, agent Mithat Halis confirmed Besiktas’ interest, along with rivals Fenerbahce.

“Skrtel is considering a move to Turkey and he is open to the option of playing here,” Halis claimed.

“Fenerbahce made an offer last season, Besiktas want Skrtel and make no secret of this.

“Turkish sides have been trying to sign him for five seasons but this summer he could make the move.”

Halis’ claims are in line with the belief that Skrtel will leave the Reds this summer, with the Slovak having bid an emotional farewell to the travelling Kop on the last day of the league season.

Skrtel played the full 90 minutes in Liverpool’s 1-1 draw away to West Bromwich Albion, as Jurgen Klopp rotated his side ahead of the Europa League final.

Defeat to Sevilla in that clash leaves the Reds without European football next season, and Besiktas’ qualification for the Champions League through their Super Lig title victory could present an attractive proposition for Skrtel.

Moving to Istanbul would guarantee Skrtel regular first-team football, with the 31-year-old taking the place of Brazilian centre-back Marcelo, who returns to parent club Hannover 96.

Though Skrtel has made just five league appearances since the beginning of March, underlining his stance under Klopp, his international prospects have not suffered, with the Slovakia captain poised for a key role at Euro 2016.

But given the opportunity to revive his club career at Besiktas, Skrtel would likely jump at the chance.