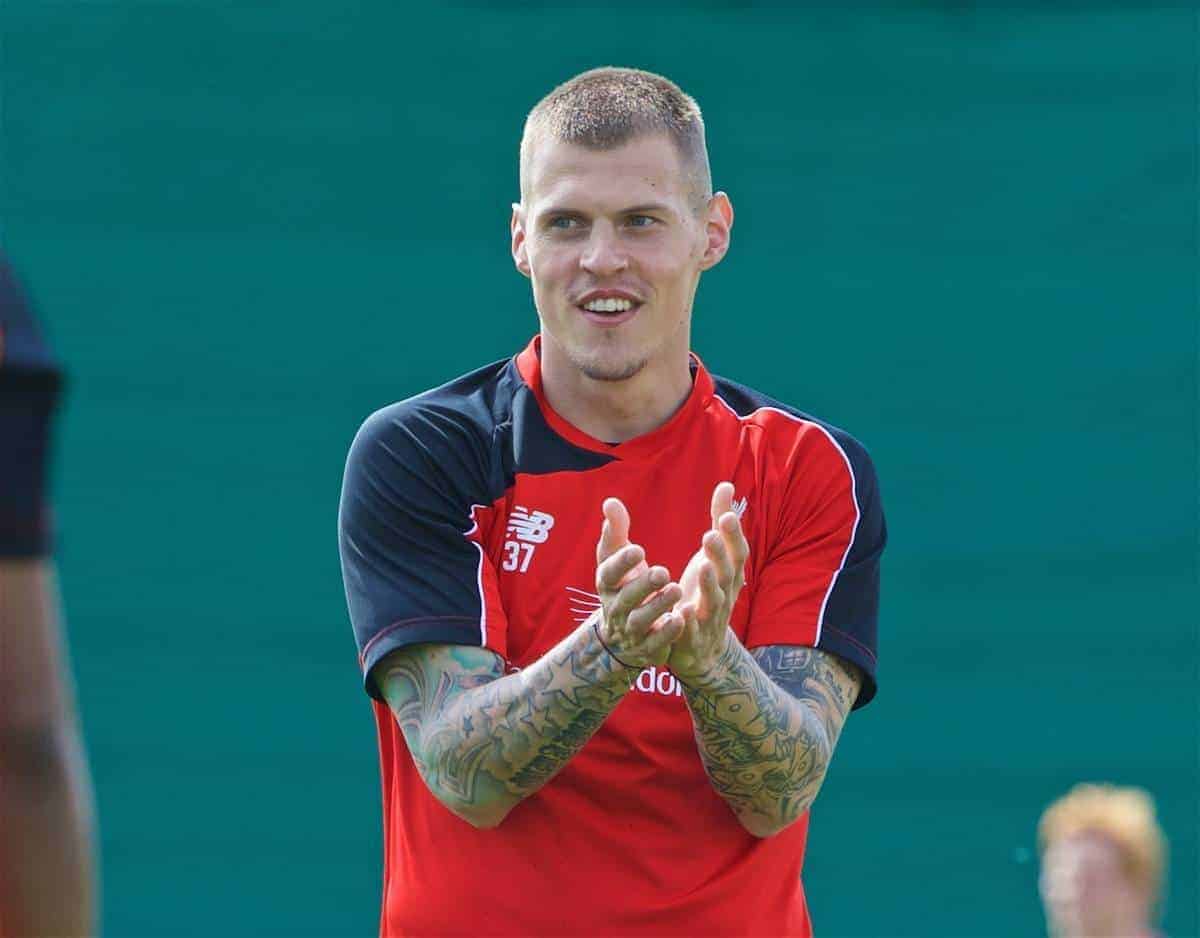 Considered likely to leave Liverpool this summer, Martin Skrtel is believed to have informed Jurgen Klopp of his plans to move on.

Skrtel has spent the last eight years on Merseyside, following a £6.5 million move from Zenit Saint Petersburg in 2008, but has fallen down the pecking order under Klopp this season.

The 31-year-old found himself behind Dejan Lovren, Mamadou Sakho and Kolo Toure in Klopp’s defensive ranks.

While Sakho may miss a considerable portion of 2016/17 following his UEFA charge with a drug violation, and Toure is set to leave on the expiry of his contract, Klopp’s plans for Skrtel are unlikely to change.

Skrtel made just five appearances in the Premier League after recovering from injury at the beginning of March, underlining his stance under the German.

Schalke centre-back Joel Matip is poised to arrive on a free transfer, and Hoffenheim talent Niklas Sule has been linked with a move to Merseyside by the Mail.

Following suggestions Skrtel was considering an offer from Turkish Super Lig side Besiktas, the Telegraph‘s John Percy has revealed he has told Klopp he is “ready to leave.”

This comes despite signing a new three-year contract at the beginning of 2015/16, but with a change of manager comes a change of plans. Skrtel is one of Liverpool’s highest earners at this stage, and serving as Klopp’s third- or fourth-choice centre-back would make little business sense to Reds owners Fenway Sports Group.

With Skrtel at the heart of a number of questionable defensive performances in recent seasons, Klopp’s arrival provides Liverpool with the opportunity to shake up their ranks at the back.

Addressing his summer plans in April, the German stressed an emphasis on strengthening his defence.

“When you build up a team, you start with the defence—that’s how it is,” he said.

“It keeps you in the game and gives you the opportunity to score once and win the game.

“I’m never happy with conceding goals, to be honest.

“It’s clear it’s how we build up a team and that’s one of the biggest targets for the next season.”

Skrtel’s departure and Matip’s arrival is the first step towards doing so, and this summer is the right time for the Reds to bid farewell to the long-serving centre-back.