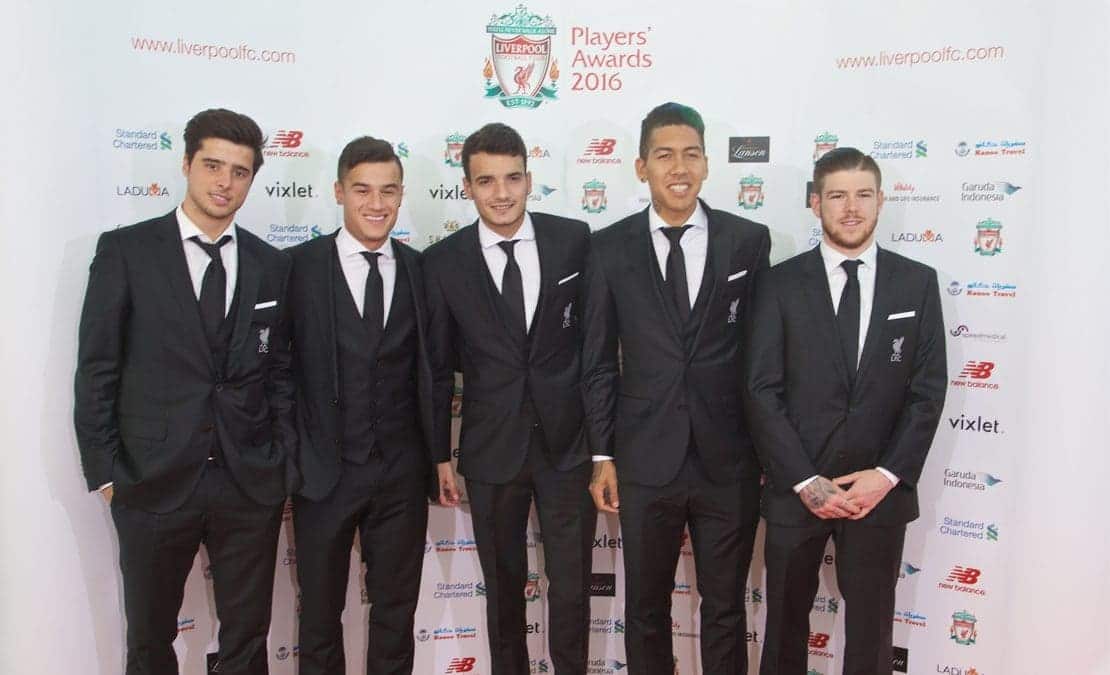 Coutinho has so far scored 12 goals and laid on six assists in 42 appearances this season, including an emphatic, chipped effort in Liverpool’s 1-1 draw with Man United in the Europa League in March.

His standout performance came in November’s 4-1 win away to Man City, providing the Reds with their attacking spearhead alongside Roberto Firmino and Adam Lallana.

Lallana and Firmino were both nominated for Performance of the Year, while Firmino, Emre Can and Nathaniel Clyne joined Coutinho in the nominees for Player and Player’s Player of the Year.

Can was named Young Player of the Year, beating Pedro Chirivella, Divock Origi and Brad Smith to the award.

Smith left the night with an award of his own, however, after being voted the Academy Players’ Player of the Year.

Martha Harris took home the Ladies’ Players’ Player of the Year Award, while Steve Heighway was recognised with the Lifetime Achievement Award, for his contribution as a player, as academy manager and now as a consultant at Kirkby.

The Brazilian continues his rise into key status under Jurgen Klopp, and Liverpool supporters can look forward to more to come from the Reds’ No. 10.