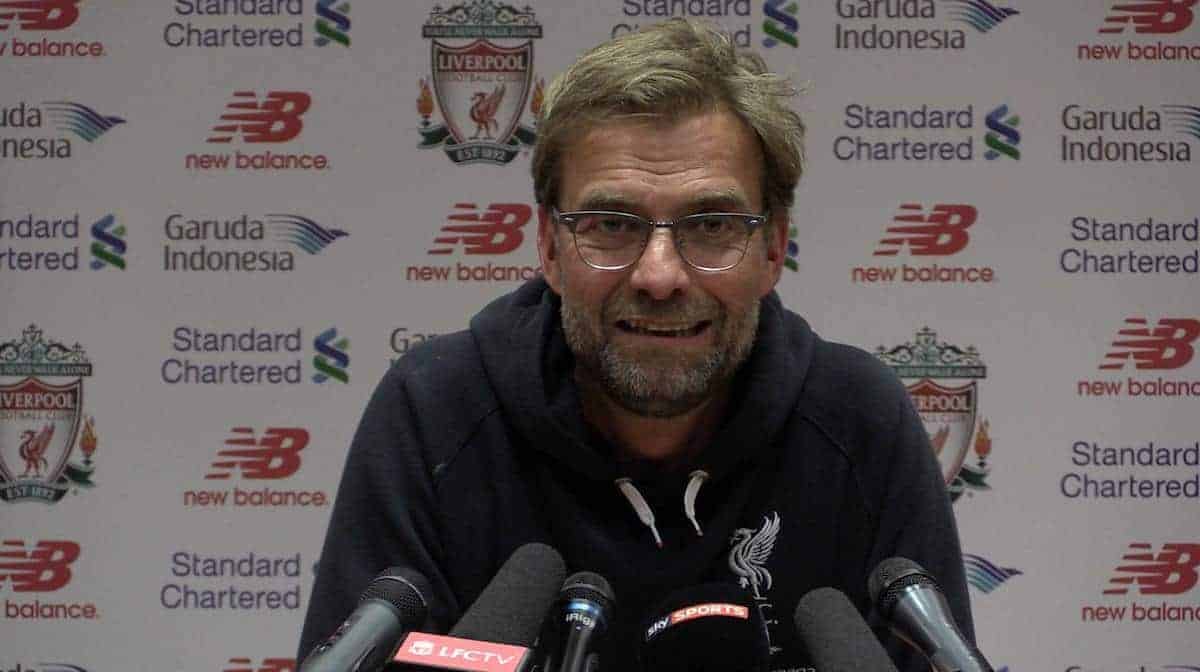 Watch Jurgen Klopp address the media after Liverpool beat Watford 2-0 at Anfield in the Premier League.

The Reds’ boss began by explaining that he spoke on Friday morning a little too hastily when suggesting Liverpool fans should head to Basel even if they don’t have a ticket for the Europa League final.

“I spoke as a supporter,” said Klopp. “Basel is a nice city but it is not ready for us and it was my mistake.

“I have to take back the invitation to Basel.

“Please only people with tickets go there because everything else will be chaos and we don’t want this, we have to concentrate on football.”

Klopp made eight changes and the match itself, settled by goals from Joe Allen in the first half and Roberto Firmino 14 minutes from time, was a nondescript affair with Liverpool focused on the Europa League and Watford having nothing to play for.

“Today there was no problem with changes. It was a real professional performance and we did what was necessary,” added Klopp.

“We didn’t play brilliant and it was not a game for the Liverpool museum but we did what we had to do.”