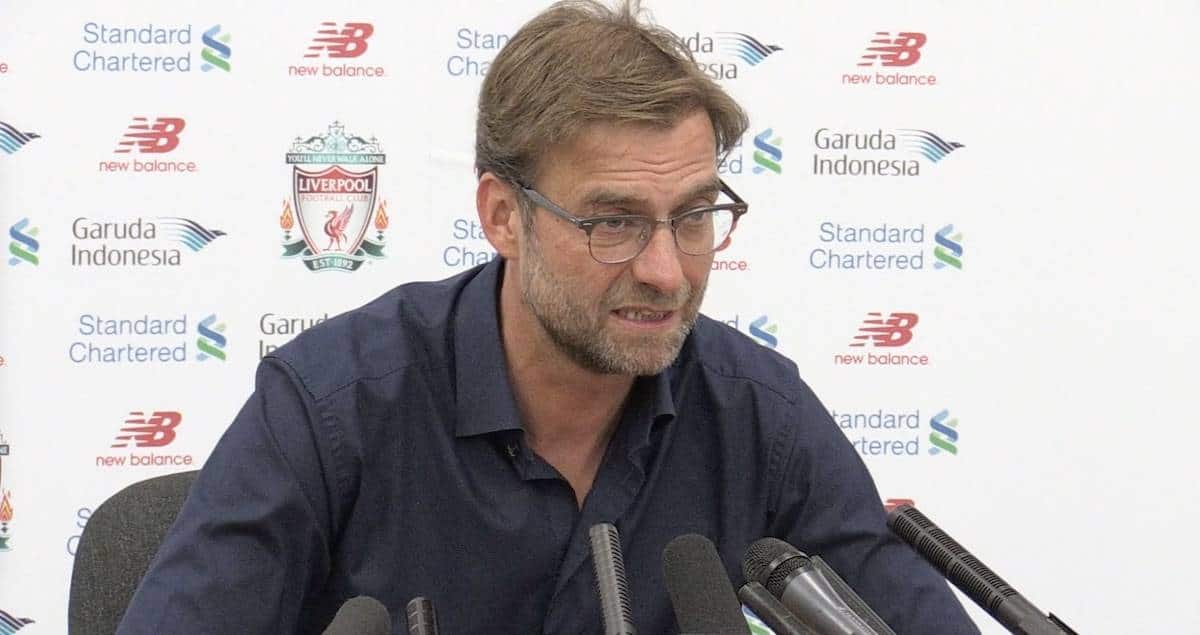 Jurgen Klopp‘s pre-match press conference ahead of the game against Watford on Sunday saw very few questions about the opposition.

Instead, the focus was on Thursday night’s Europa League semi-final success over Villarreal.

There was talk about whether injured duo Jordan Henderson and Divock Origi will be available for the final in Basel in just under two weeks.

There was also talk about Danny Ings’ return from injury and how Klopp doesn’t want to unduly risk him before the end of the season.

There were interesting words about Klopp looking forward to his first pre-season at the club too.