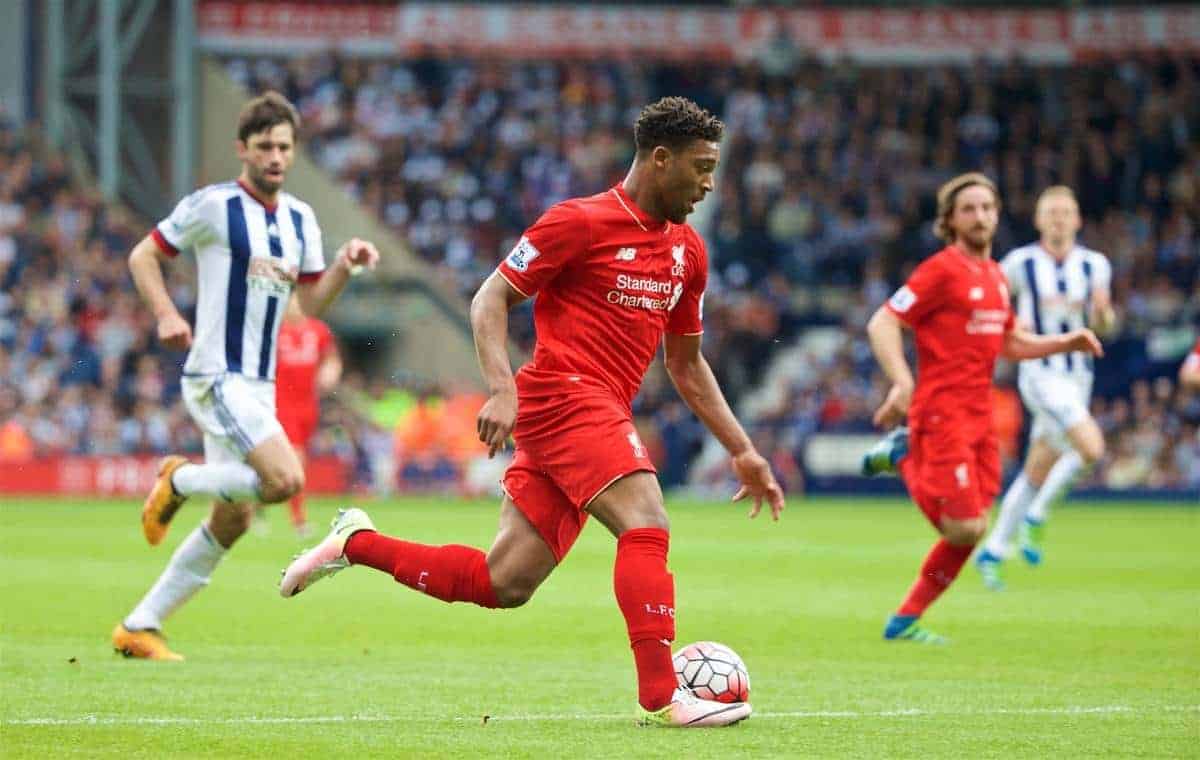 Liverpool striker Danny Ings made his long-awaited return from injury as the Reds were held to a 1-1 draw away to West Brom.

With all eyes on Wednesday night’s Europa League final, Liverpool’s trip to the Hawthorns to take on Tony Pulis’ West Brom threatened to drift under the radar of most supporters.

But despite quipping during his speech at the Reds’ player awards ceremony on Thursday night that “nobody is interested in the West Brom game,” Jurgen Klopp retained a strong focus on the Baggies in the buildup to Sunday’s clash.

However, the German’s team selection suggested he was planning ahead too, making 11 changes to the side that drew 1-1 with Chelsea at Anfield four days before.

This saw Cameron Brannagan, Sheyi Ojo and Jon Flanagan among those drafted in, as Klopp named a youthful side, poised to gain crucial experience in what would be another otherwise drab, end-of-season affair.

It proved reasonably successful, as the Reds produced a spirited performance in a score draw in West Bromwich.

Lining up in a loose 4-3-3 formation, Liverpool started with Ojo on the left wing, while Jordon Ibe took up the right side in support of lone striker Christian Benteke.

This saw the Reds look to exploit the flanks in the opening stages, with captain Lucas Leiva setting an overlapping Brad Smith through with a great slide pass, but the Australian was unable to find Benteke with his low cross.

It was West Brom‘s young winger who made his mark first, however, with 17-year-old Jonathan Leko weaving through a host of challenges before laying the ball into the path of former Red target Salomon Rondon, who held off a feeble challenge from Smith and powered beyond Adam Bogdan.

The Reds clawed back soon after, however, with a player three years Leko’s senior, Ibe, picking up the ball near the halfway line and charging in the area from the right, slotting home via a deflection to level the scores.

Liverpool kept the pressure up following Ibe’s equaliser, with Joe Allen firing wide from 20 yards, before Ojo was spurned by a strong challenge from Claudio Yacob with the Reds on the break.

That remained the story of the first half, with West Brom imposing their physicality as the Reds looked to create openings around the penalty area, keeping the scores at 1-1.

The second half began in much the same fashion, with the Baggies pinning Liverpool’s makeshift defence back, while a lack of quality in possession hampered Klopp’s side whenever they broke loose.

Rondon went close to adding a second just after the hour mark, but Craig Dawson’s measured cross was too close to the Liverpool goal.

Klopp looked to counter the Reds’ muted start by introducing both Danny Ings and Jordan Henderson on 63 minutes, with the former making his first appearance in over seven months.

Ings slotted in on the left wing, with Klopp perhaps giving an indication of the future of his No. 28, with the former Burnley man adding a much-needed energy to the Liverpool attack.

It was West Brom who kept the momentum up in the closing stages, however, with Bogdan’s goal threatened a number of times as the Liverpool defence struggled to clear their lines, as Rondon prowled off the shoulder of Martin Skrtel.

Liverpool had a great chance to grab a winner on 87 minutes, with Benteke breaking down the right flank, but the Belgian ignored a great run from Henderson a dribbled the ball into Ben Foster’s clutches.

This proved to be the Reds’ final major contribution, as the clash trailed out to a 1-1 as an excellent travelling support sang ‘You’ll Never Walk Alone’.