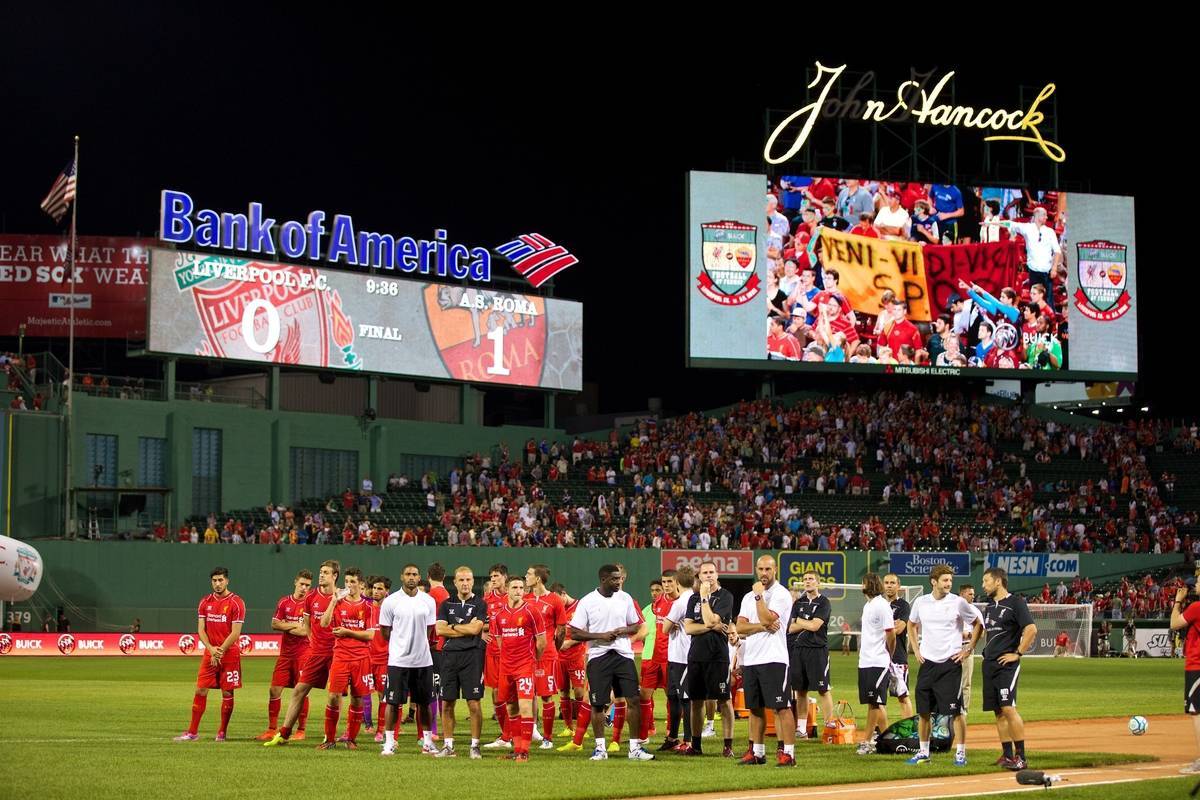 Liverpool will play Italian side AS Roma in St. Louis, Missouri, as part of this summer’s pre-season plans.

The news is reported by local media in St. Louis, who claim the match will take place at Busch Stadium – a baseball stadium, home to the Cardinals – on August 1st (7.30pm local time).

It will be the eighth pre-season date for the Reds, adding to four games being played in the UK before heading to the States, two to be played in California and the final game against Barcelona at Wembley.

Jurgen Klopp sought the advice of USA coach Jurgen Klinsmann about the plans in America, opting to base his side in northern California in Palo Alto, where they’ll train at Stanford university for the majority of their stay in the USA.

Liverpool share ties with Roma via their owners Fenway Sports Group and the two sides have faced each other at Boston’s Red Sox Stadium in 2014 and 2012 previously.

It will be the fifth soccer match at Busch Stadium since 2013, which recently hosted a 2018 World Cup qualifying match, with an attendance of 45,000.

Tickets, which start at $38, will go on sale will begin Wednesday, June 8 at 10 a.m. at Cardinals.com/soccer.

Update: this match is now confirmed, with Liverpool writing that “LFC legend Phil Babb” was in attendance at Busch Stadium to confirm the news.