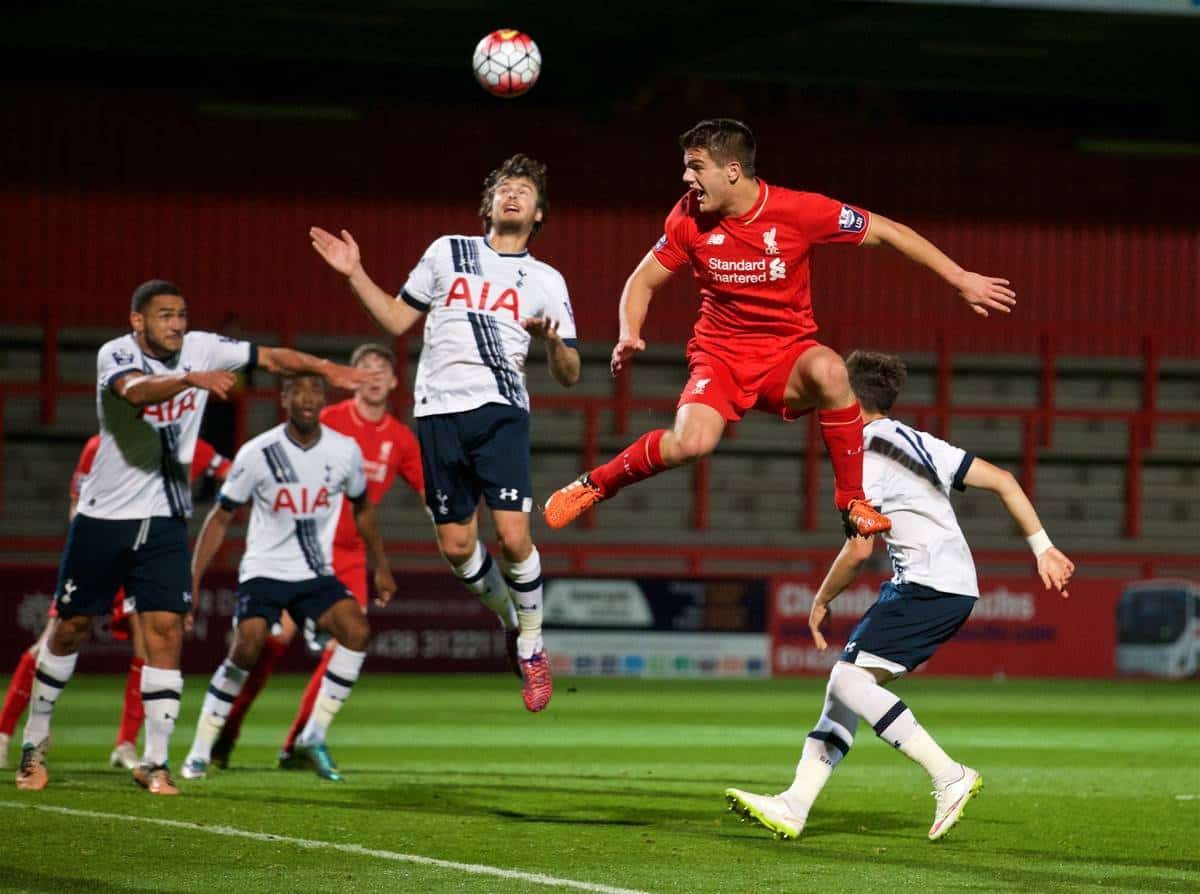 Liverpool U21 centre-back Tom Brewitt has signed a new long-term contract at Liverpool, it was confirmed on Monday morning.

The 19-year-old has committed his future to the Reds, despite incorrectly being named on the list of released players last week.

Brewitt has been at Liverpool since the age of 10, progressing through the youth ranks over the years.

He was the U18s captain at one point, and is now part of Michael Beale’s U21 side that finished seventh in the U21 Premier League last season.

The youngster has been named in Liverpool’s first-team squad on one occasion – the 4-1 defeat at Arsenal in April 2015 – and has played for England at youth team level.

He has trained with Jurgen Klopp‘s senior players, but a debut for the Reds has, understandably, evaded him up until this point.

Brewitt was due to be out of contract this summer, but unlike a lot of players who have been let go, his services have been retained.

Proud to sign another contract @LFC, on to season number 10 ??? thank you for all of the messages!

In an interview with the Liverpool Echo last year, the teenager spoke about his love of playing for the team adored as a boy.

“My family are all Reds and playing for the club you have supported since you were a little boy is huge,” Brewitt said.

“The great thing here is knowing that there’s a pathway to the first team.”