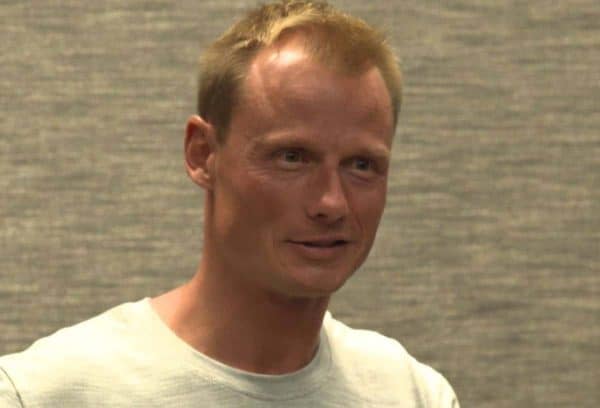 The 39-year-old signed a one-year deal with the club after a successful trial under Jurgen Klopp at Melwood.

The Reds have already signed Loris Karius this summer, and the 23-year-old is set to challenge Simon Mignolet for a starting role, with Manninger taking up the position of backup goalkeeper,

Following Manninger’s signing, here’s 10 things you might not have known about the veteran stopper.

1 – Manninger was the understudy to David Seaman at Arsenal between 1997 and 2002. He made 64 appearances for the Gunners in all competitions.

2 – The Austrian goalkeeper was part of the Arsenal squad that won the double in 1998. He made 16 appearances that season including seven league starts. The last game he featured in that season saw Liverpool beat the Gunners 4-0 at Anfield on May 6th.

5 – The keeper was playing in Germany last season with Augsburg, and spent four years in Klopp’s home nation.

6 – Manninger was on trial with Liverpool’s rivals, Everton, in the summer of 2012, but failed to earn a contract.

7 – The former Arsenal player has had a career span of two decades and has been at some big clubs. He was with Juventus up until 2012 before joining Augsburg.

8 – Manninger’s faced Liverpool on four occasions and has never beaten them. All the clashes came whilst he was at Arsenal and he conceded 10 goals, including four in one game. All the goals came at Anfield.

9 – The Austrian once saved a penalty from Michael Owen on May 6 1998 and it meant Liverpool were prevented from scoring five in an embarrassing day for Arsenal.