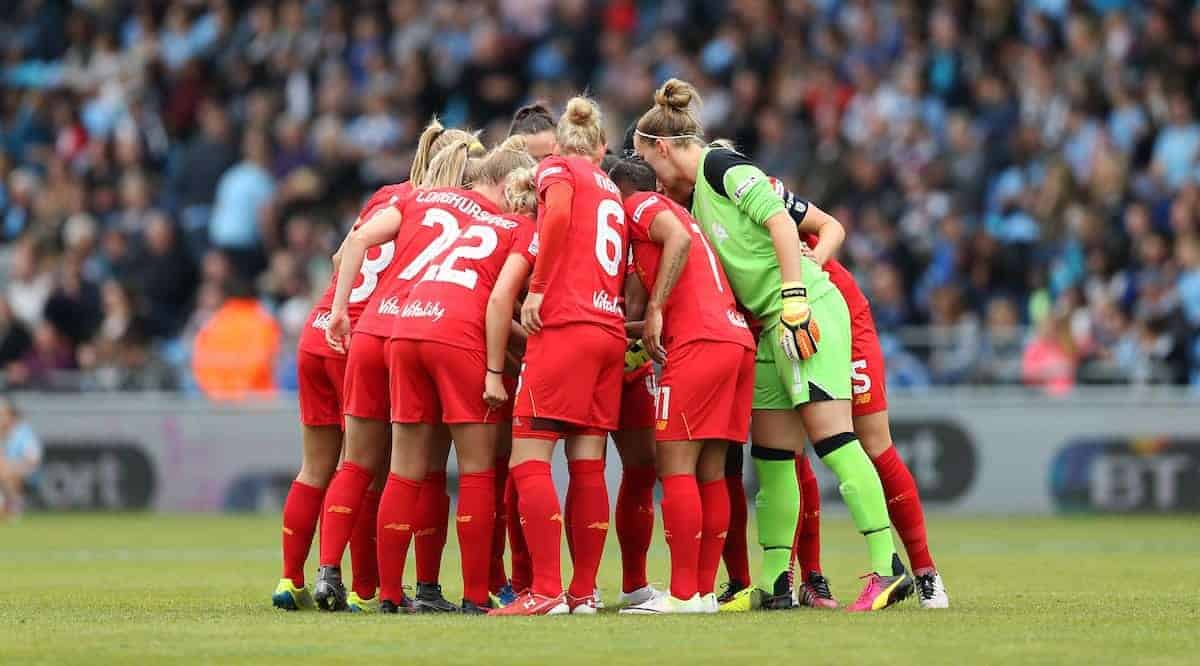 Scott Rodgers’ side returned to league football with a comfortable 2-0 win over Reading Women on Saturday evening at the Select Security Stadium in Widnes.

LFC Ladies dominated the game from the very beginning. Laura Coombs and Carline Weir had their chances to break the deadlock within first 10 minutes, but the Reading defence played well under the pressure from the hosts.

It was 15 minutes when Reading had their first chance to break the deadlock as Follis’s powerful shot beat Reds’ keeper Siobhan Chamberlain, but rattled from the crossbar.

LFC Ladies answered quickly and it was Natasha Harding who finally found the way to put the ball into the net two minutes later. Coombs found the Welsh international who had no problems with beating the keeper with a low shot.

The hosts controlled the game and they doubled the lead within eight minutes. Weir found Coombs in the penalty area. LFC Ladies’ No. 8 was in identical position as Harding earlier and put her name on the scoresheet after a decent shoot.

LFC Ladies were still seeking their chances to improve the lead. First Rosie White’s header went wide off the mark and a minute later Harding had a chance to score a second goal under her name, but couldn’t control the pass from Coombs and the ball was collected by the Reading goalkeeper.

It was 40 minutes when Reading had their the chance to score. Boho-Sayo outrun Muray and had a try to beat Chamberlain, but the England international punched the ball clear.

Reading started second half with two changes in the team and the visitors begun to create the chances to score, but Chamberlain did well first collecting the corner and then denying Follis from scoring.

The Reds’ first real chance in the second period came on the hour. Weir delivered the ball from 30 yard free-kick and found Harding, but Welsh forward didn’t add the power to her header and the ball landed safely in Eaps’s arms.

Shanice Van De Sanden had a golden chance to find her name on the score-sheet. The Netherlands international rounded the Reading keeper, but couldn’t find enough pace to grab the ball and put it into the net.

The Reds had to hold the pressure from the visitors as they struggled to find their dominance from the first half, however they were able to create another chances. Harding’s delivery from the right flank found Greenwood, but the former Notts County and Everton player put the ball well over the bar.

Despite Reading’s better display in second half, Rodgers’ side were able to retain the lead and get the three points to move them up to third in the WSL table.