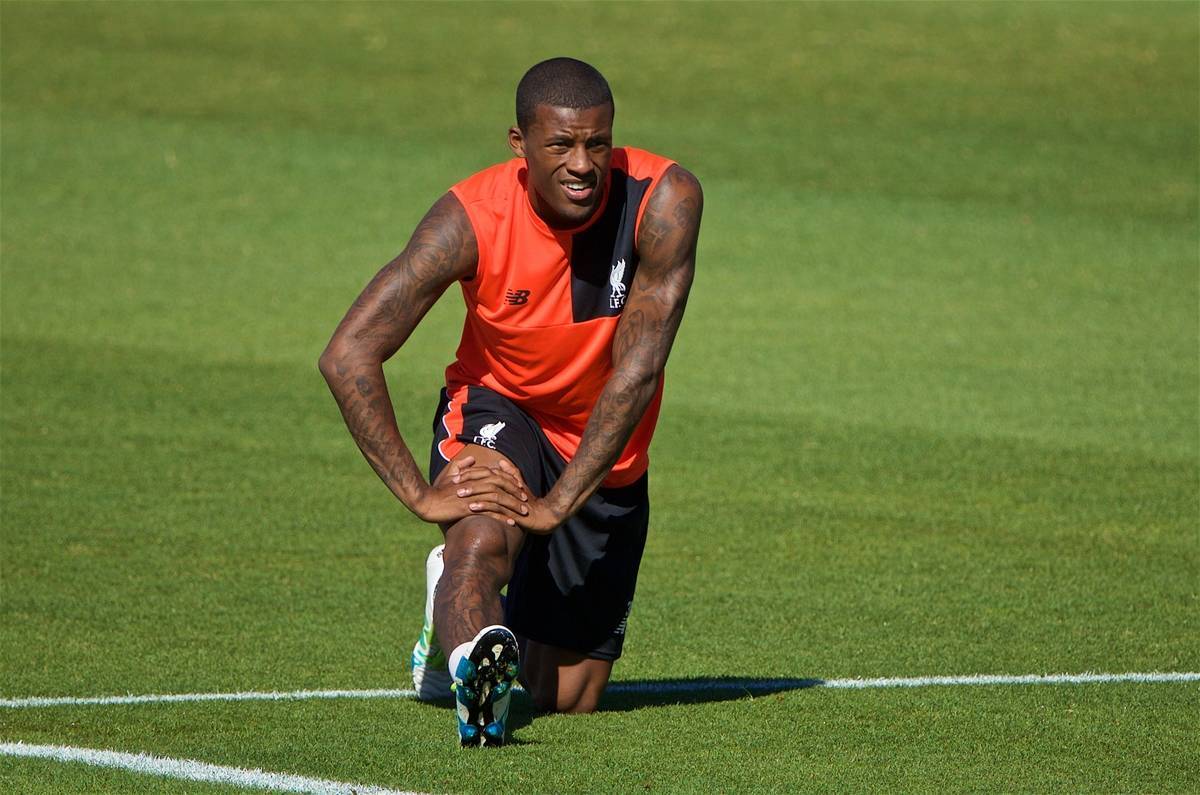 The latest Liverpool signing, Georginio Wijnaldum, has arrived in the USA to join up with his new team mates.

Wijnaldum became manager Jurgen Klopp‘s seventh permanent signing when he completed a £25 million move from Newcastle United on Friday, and flew to the club’s training base in California on Saturday.

The 25-year-old took part in his first training session shortly after arriving, joining the likes of Daniel Sturridge, Sadio Mane and Philippe Coutinho at Stanford University.

The new No. 5 is expected to appear in a Liverpool shirt for the first time on Wednesday evening (local time; 4.35pm Thursday, BST) when the Reds play Chelsea in Los Angeles.

Likely to take up a key role in Klopp’s midfield in 2016/17, Wijnaldum has been praised by his new manager for his versatility.

“He can play a few positions for us and players that come through the Dutch system usually have a good tactical understanding and flexibility,” Klopp explained on the his arrival.

“That’s really important. I think he can be a great player for us.

“He has already shown some really good moments in his career but the most exciting and important thing for me and my staff is that there is still so much extra to come from him.” Wijnaldum sat out a second, more intense portion of training during his first session, following his flight from the UK hours before.

But as Liverpool continue their preparations for the new campaign, he will play a big part, with Klopp looking to implement his ideals of hardworking, fast-paced attacking football.

According to the Liverpool Echo‘s James Pearce, Klopp set 11 players against 18-year-old goalkeeper Shamal George at one stage of training, looking to improve his side’s counter-attacking play.

Wijnaldum’s ability to move from box to box with pace will suit this approach, and Reds supporters can expect big things from the former PSV Eindhoven man.