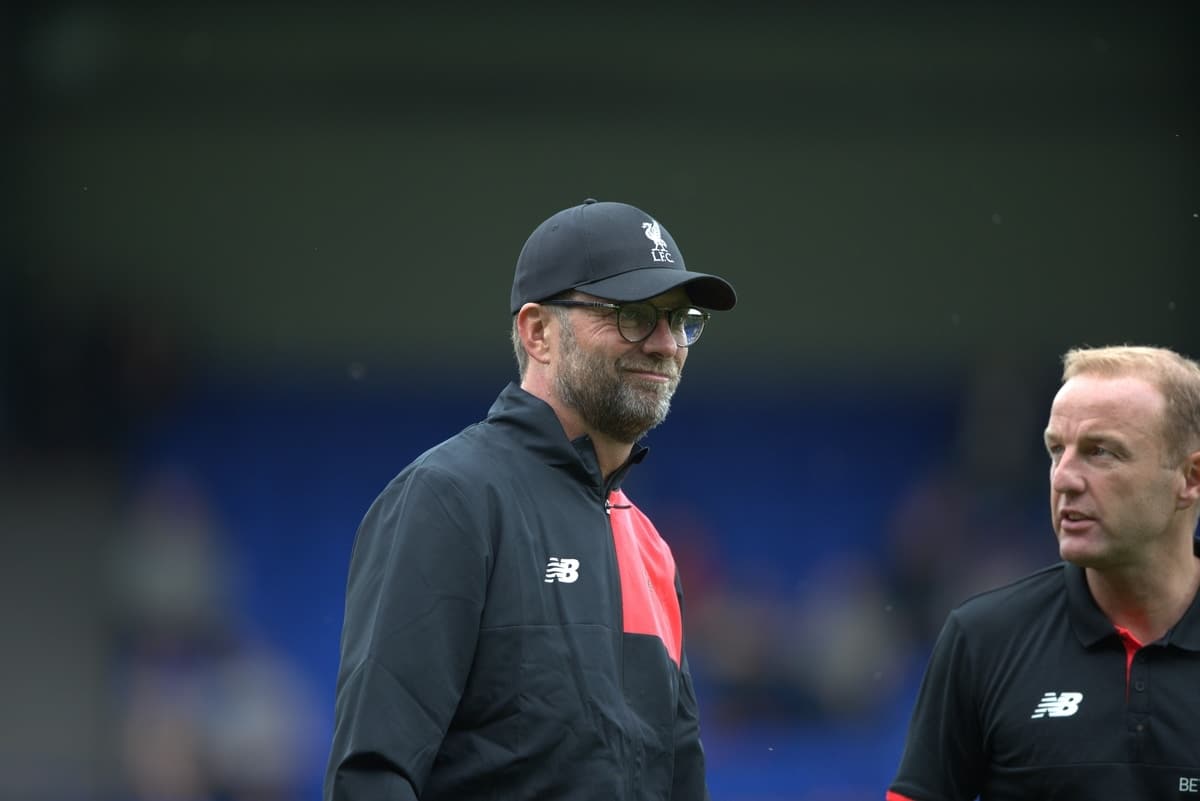 Speaking after Liverpool’s 1-0 victory over Tranmere Rovers, Jurgen Klopp suggested the Reds could combine their training facilities in the future.

The German signed a new six-year deal with Liverpool on Friday morning, underlining his commitment to the club and its long-term future.

Speaking on the announcement of Klopp’s contract, Reds owners John W. Henry and Tom Werner said that “the ideas and plans [Klopp] has for the football infrastructure excite us.”

Following Liverpool’s win at Prenton Park on Friday night, Klopp seemed to reveal one of these plans, suggesting an overhaul of the club’s training structure.

The 49-year-old implied that this could involve the realisation of a long-standing plan to unite Melwood, the first-team’s current facility, and Liverpool’s Kirkby academy base.

“We’re already building a new stand, we’re thinking about bringing the Academy and Melwood together, things like this.

“We think about everything at the club and this is much longer-term than my contract.

“So it’s really important that we do the right things so this wonderful club can be successful.”

While Klopp’s contract keeps him at the club until 2022, his suggestion that his plans would improve the club on a “longer term,” are something FSG have previously indicated as being their long-term vision for the club, something then-academy director Frank McParland explained in an interview with This Is Anfield in 2013.

Combining Melwood and the academy would go a step further in ensuring this process runs as smoothly as possible, easing the role of elite development coach Pepijn Lijnders.

Speaking in 2013, chief executive Ian Ayre discussed the possibility of such a move, saying it would have “more value” than Liverpool’s current setup:

“It is something we have looked at in the past but for every decision like that it comes back to finding the right economic model.

“But it’s something we’re actually doing a piece of work on at the moment, another sort of feasibility study if you like.

“Because one of the great things [Everton] have at Finch Farm which we currently don’t have is a situation where you have those young players coming in in the morning, seeing Steven Gerrard turning right while they turn left and hoping one day that they take the same route.

“We make it work—and it is working—but there is definitely more value in having everyone together. And if we can find a solution to that it is absolutely something we would do.”

Ayre is currently seeing out the final year of his contract with the club before leaving next summer, and after implement major improvements in Liverpool’s financial structure, this could be the final step in the 53-year-old’s legacy.

Twitter user @rome77lfc speculated as to a possible site on Saturday, though it remains unclear whether plans are at this stage yet.