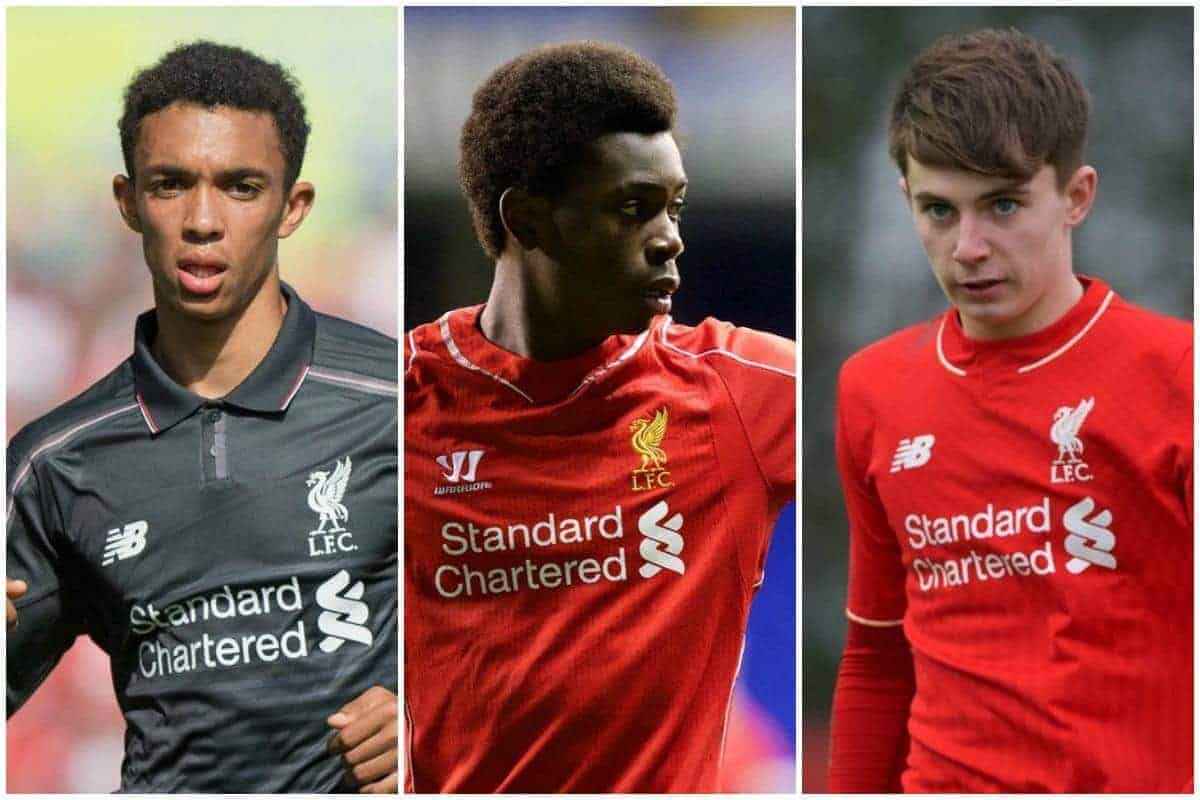 A number of Liverpool’s promising academy talents have been called up by Jurgen Klopp for pre-season training at Melwood.

Klopp’s first-team ranks are left thin at the start of pre-season, with Joe Allen, Danny Ward and Emre Can currently on duty at Euro 2016.

The German welcomed the remainder of his squad to Melwood on July 2, as pre-season training began ahead of a busy schedule of warmup friendlies.

But with the Reds’ first clash away to Tranmere Rovers on Friday swiftly approaching, Klopp has moved to flesh out his selection.

This has seen youngsters Trent Alexander-Arnold, Ovie Ejaria and Ben Woodburn among those to move up from the club’s Kirkby academy facility, though it remains unclear as of yet whether they will feature against Tranmere.

Meanwhile, Brazilian midfielder Allan Rodrigues has returned from a loan spell with Belgian side Sint-Truiden—though he is unable to feature in 2016/17, as he is still without a work permit.

Allan may be free to take part in pre-season friendlies, though he is set to leave the club on another temporary deal in the coming weeks.

Alexander-Arnold’s inclusion could see the U18s captain drafted in to cover at right-back or in midfield, with Ejaria also able to operate in the latter role.

Woodburn can provide cover for Danny Ings and Mario Balotelli up front, with Origi, Daniel Sturridge and Christian Benteke having not yet returned to Merseyside.

Liverpool kick off their run of nine warmup friendlies at Prenton Park on July 8, with domestic clashes with Fleetwood Town, Wigan Athletic and Huddersfield Town to come before the Reds’ tour of the US.