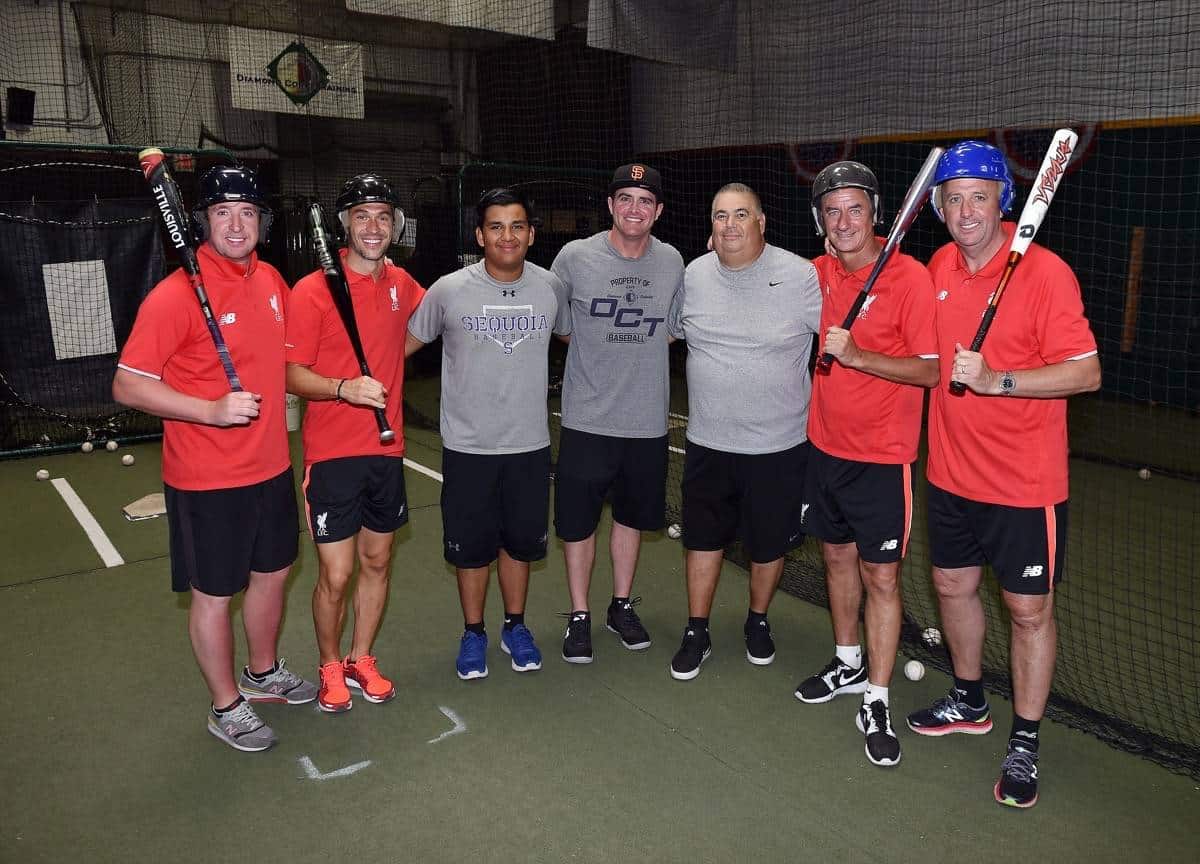 The quartet have travelled to the US as ambassadors, joining Jurgen Klopp‘s Liverpool squad for their tour of the west coast.

This included a trip to the Giants’ AT&T Park in San Francisco, joining three-time World Series Champion Jeremy Affeldt to oversee batting practice along with players and coaching staff.

Rush, McAllister, Fowler and Garcia all took to the plate to show their skills with a bat, before exchanging jerseys with the Giants.

Speaking on their experience in San Francisco, McAllister said he doubted they would be called up to MLB any time soon.

“It was great to come down here today to meet the Giants and try my hand at something new,” he said.

“It is usually us passing on our tips and coaching advice so to be on the receiving end for once was a welcome change.

“Jeremy gave us some great tips, but I don’t think any of us will be getting the call up to the Giants roster anytime soon!”

The legends have travelled with the squad to Los Angeles, and took part in a charity event in Hollywood on Tuesday night. Liverpool kick off their tour by taking on Chelsea at the Rose Bowl in Pasadena in the early hours of Thursday morning (4.35am kickoff BST), as they begin their International Champions Cup campaign.

They will then face off against AC Milan at the Levi’s Stadium in Santa Clara (July 30), before a friendly clash with AS Roma at Busch Stadium in St Louis, Missouri (August 1).

The Reds then return to England for a showpiece friendly against Barcelona at Wembley Stadium (August 6), before rounding off their pre-season preparations with a trip to take on Klopp’s former side Mainz (August 7).