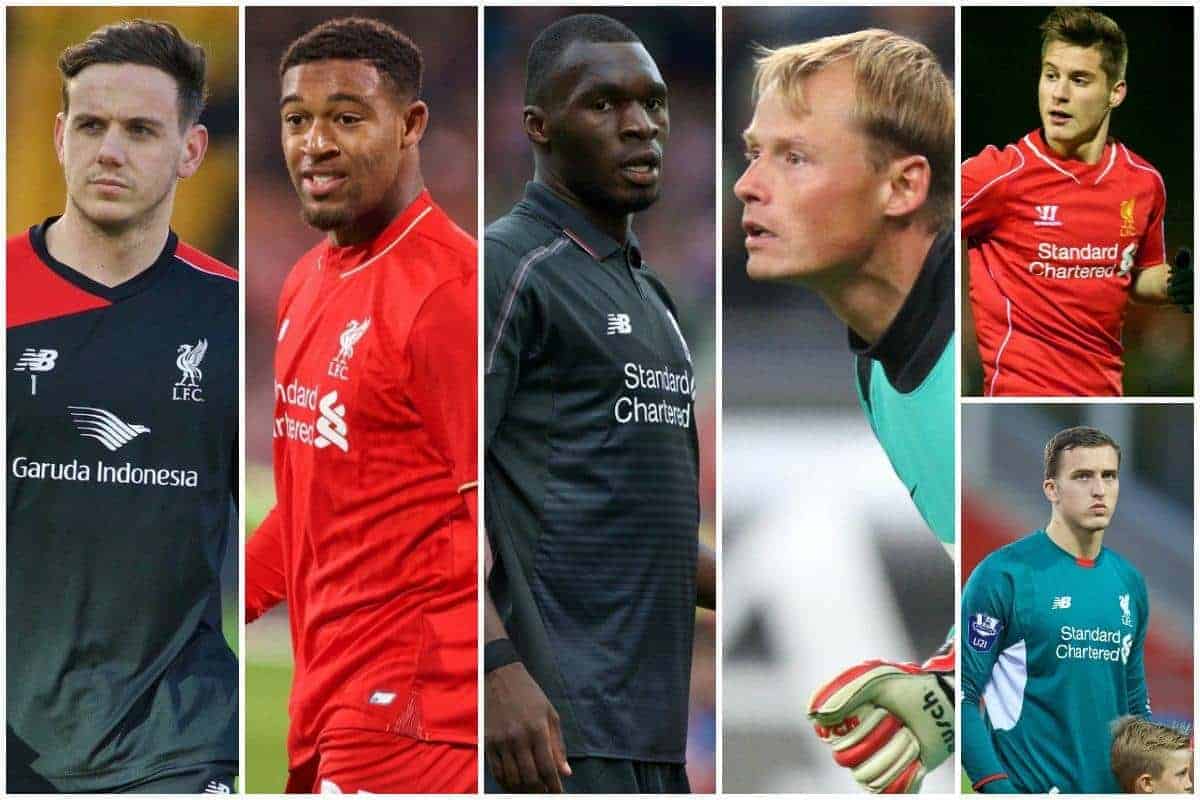 We round up the latest Liverpool transfer news, as Danny Ward prepares to join Huddersfield Town on loan.

As the European Championship comes to a close, following Portugal’s 1-0 final victory over France on Sunday night, Jurgen Klopp‘s Liverpool squad is beginning to assemble at Melwood.

Having afford his international players three weeks’ holiday following their summer exploits, the German can welcome the likes of Daniel Sturridge, Divock Origi and Joe Allen back in due course.

They will be joined by a host of new faces, while some will be preparing to leave, as Klopp continues his business in the transfer market ahead of 2016/17.

Here’s the latest transfer news from Merseyside, including a new contract and a loan for Ward. Ward made one appearance for Wales at Euro 2016, lining up between the sticks for their 2-1 group-stage victory over Slovakia, and impressed.

At 23, however, Ward needs to be playing regular first-team football in order to continue his development, and the former Wrexham youngster has made a temporary move this summer.

According to the Liverpool Echo, Ward has agreed terms with Liverpool over a new five-year contract, putting pen to paper on Monday afternoon.

Ward has left the club to join Championship side Huddersfield for 2016/17, managed by Klopp’s close friend and former colleague David Wagner.

Behind Simon Mignolet and Loris Karius in Klopp’s goalkeeping ranks, a season with the Terriers will be hugely beneficial for Ward.

Bournemouth‘s surprise £15 million bid for Liverpool winger Jordon Ibe was accepted by the Reds at the end of last week, following the negotiation of a crucial buy-back option.

But despite Ibe facing competition from £30 million summer signing Sadio Mane, as well as Adam Lallana, Lazar Markovic and Sheyi Ojo, in 2016/17, it remains uncertain whether he will make the move to Dean Court.

According to the Mirror, Ibe is yet to commit to the Cherries, as he is waiting for further offers from elsewhere, with Newcastle United and West Bromwich Albion both linked.

Newcastle have already signed Bournemouth‘s Matt Ritchie for £12 million however, and West Brom are reported to be unlikely to make a bid.

Christian Benteke’s summer move to Crystal Palace is inching closer, after reports that the striker had agreed a big-money contract with the south London club.

According to the Mirror, Benteke would become the club’s highest-ever earner, dwarfing a rumoured £100,000-a-week wage for French midfielder Yohan Cabaye.

Palace have yet to agree a fee with Liverpool at this stage, with the Reds having rejected their offer worth up to £31.5 million.

Liverpool are looking for £30 million up front, though this is believed to be no threat to a deal to take Benteke to Selhurst Park.

Benteke is clearly keen on joining Alan Pardew’s Eagles, and it seems a matter of when, not if, as the Belgian consolidates his lowly position in Klopp’s attacking ranks. The former Arsenal and Juventus stopper left Bundesliga side Augsburg on the expiry of his contract this month, and is keen to return to the Premier League.

Having already signed Karius from Mainz, Klopp is likely looking to add Manninger to his squad as third-choice goalkeeper, reports the Express‘ Paul Joyce.

Karius took the No. 1 shirt on his arrival at the club, and is poised to take over from Simon Mignolet as Klopp’s first choice.

Manninger would provide welcome cover, with Ward spending the season away with Huddersfield. Speaking after Liverpool’s 1-0 pre-season friendly win over Tranmere Rovers, Klopp admitted that he was considering sending some of his players out on loan.

Among those who could leave the club are Pedro Chirivella, Brad Smith, Kevin Stewart, Connor Randall and Ryan Kent, who have all sparked interest from lower-tier sides this summer.

According to the Liverpool Echo, Klopp remains reluctant to send his best young talent away from the club.

But without European football in 2016/17, the German may be forced to, as with Ward, in order to give his high-potential prospects experience of regular first-team football.

But with this unlikely to prove problematic, the Spaniard is set to make the move to Carrow Road this summer, netting Liverpool a sizeable fee in the process.

While it was previously reported that Liverpool had accepted a £2.5 million from Alex Neil’s side, the Liverpool Echo have revealed that this could rise to £4.5 million.

This marks an excellent piece of business for the Reds, who would earn up to £2 million in appearance-based add-ons should Canos prove a success in East Anglia.

Furthermore, having negotiated a buy-back option and a sell-on clause in the deal, Canos’ move to Norwich is a positive one for Liverpool.

Fulton to be First Choice at Chesterfield

Academy goalkeeper Ryan Fulton sealed a season-long loan move to join Chesterfield Town at the weekend, spending the 2016/17 campaign at the Proact Stadium.

Fulton enjoyed a fruitful spell with Portsmouth in 2015/16, and is set to continue his development under Spireites manager Danny Wilson this season.

Speaking on Fulton’s move to Chesterfield, Wilson explained that the 20-year-old is likely to serve as his first-choice goalkeeper.

“I’m hoping Ryan will be the No. 1 for us. We do need another goalkeeper as well and we’ll take our time doing that now we’ve got Ryan,” he said.

“We were very fortunate that Liverpool gave us their blessing, and they seem very impressed by what they’re hearing from us with his chances of playing on a regular basis.”

Liverpool appear no closer to signing primary summer midfield target Piotr Zielinski at this stage, with Udinese having rejected their big-money bid for the Poland international.

Despite Zielinski turning down a move to join Serie A side Napoli, Liverpool could still face competition in their pursuit.

Speaking to MilanNews.it on Sunday, Udinese sporting director Nereo Bonato said that AC Milan were among the clubs to be interested in signing the 22-year-old.

“There are several clubs interested in Zielinski including AC Milan, more than that I can not say,” he said.

With Bonato stressing that “each party must be satisfied before closing the deal,” it is clear that Udinese are pushing for an increased bid from Liverpool, with Zielinski’s heart set on Anfield.