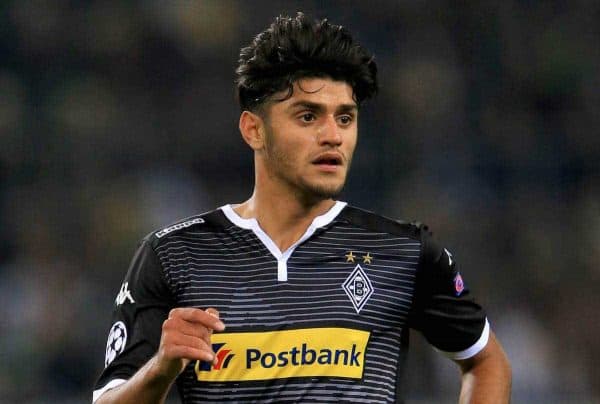 The 20-year-old midfielder is high on Jurgen Klopp‘s list of targets for the summer, as the German looks to remould his squad ahead of 2016/17.

Klopp is keen to finalise the majority of his transfer business early in pre-season, to ensure his side begin the campaign in the best shape possible—and many of his signings are already sealed.

Joel Matip, Marko Grujic, Loris Karius and Sadio Mane have already arrived for a combined £39.8 million, while offers have been made for Ben Chilwell and Piotr Zielinski.

Liverpool’s bid of up to £12 million for Poland midfielder Zielinski has reportedly been turned down by Serie A side Udinese, and movement regarding Dahoud’s future may now turn Klopp’s head.

According to German publication Express, Dahoud has rejected a new contract offer from Gladbach.

Dahoud’s current contract expires at the end of 2017/18, and if he is unwilling to sign a new deal with the Bundesliga side, they face his value diminishing by the transfer window.

Liverpool are willing to offer up to £25 million for the dynamic, Syrian-born talent, who would likely serve as an alternative to Zielinski.

Gladbach director Max Eberl has already underlined his steadfast approach to holding onto Dahoud this summer, saying “he should take the next step with us,” however the 42-year-old also admitted “the transfer window is only beginning.”

Dahoud returned to pre-season training with Gladbach this week, with supporters desperate for him to remain at Borussia-Park until at least 2017, following Granit Xhaka’s move to Arsenal.

Whether this latest development proves significant remains to be seen, but it could well force Gladbach’s hand as Liverpool’s offer waits.