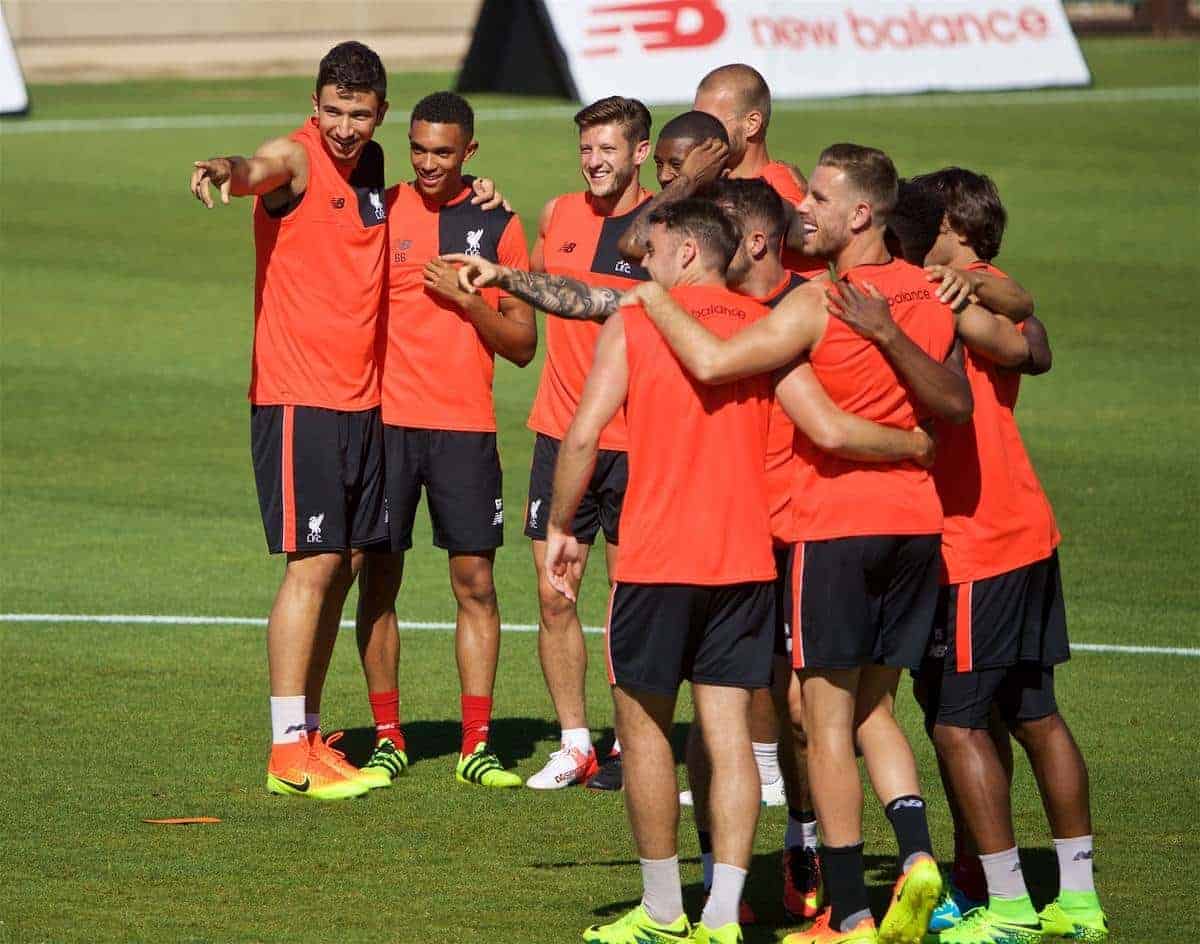 Georginio Wijnaldum, Divock Origi and Simon Mignolet joined up with the Liverpool squad for pre-season training on Saturday.

The trio made their first appearances in a Liverpool shirt this summer, with Wijnaldum signing in a £25 million deal on Friday, while Origi and Mignolet returned from holiday.

Jurgen Klopp ran the rule over his strong ranks at Stanford University, in preparation for Wednesday’s clash with Chelsea. Klopp is looking to spend the summer improving his squad’s fitness, ahead of a renewed challenge in the Premier League, FA Cup and League Cup in 2016/17. Wijnaldum and Origi are expected to play a big part in Klopp’s long-term plans in attack, but one player conspicuous in his absence was Belgian striker Christian Benteke.

The 25-year-old is poised to leave the club this summer, with Crystal Palace the most likely destination. Klopp’s England internationals have also returned to action, following their exploits at this summer’s European Championship.

Nathaniel Clyne, Jordan Henderson, James Milner, Adam Lallana and Daniel Sturridge all featured, and will be hoping to play their first minutes of pre-season at the Rose Bowl next week. Mamadou Sakho, Joe Gomez, Lucas Leiva and Joel Matip are all in the US, but are currently sitting out with injury.

Meanwhile, Australian left-back Brad Smith took part in training, but could be due to leave the club shortly, with Liverpool having accepted Bournemouth‘s £6 million bid on Saturday.