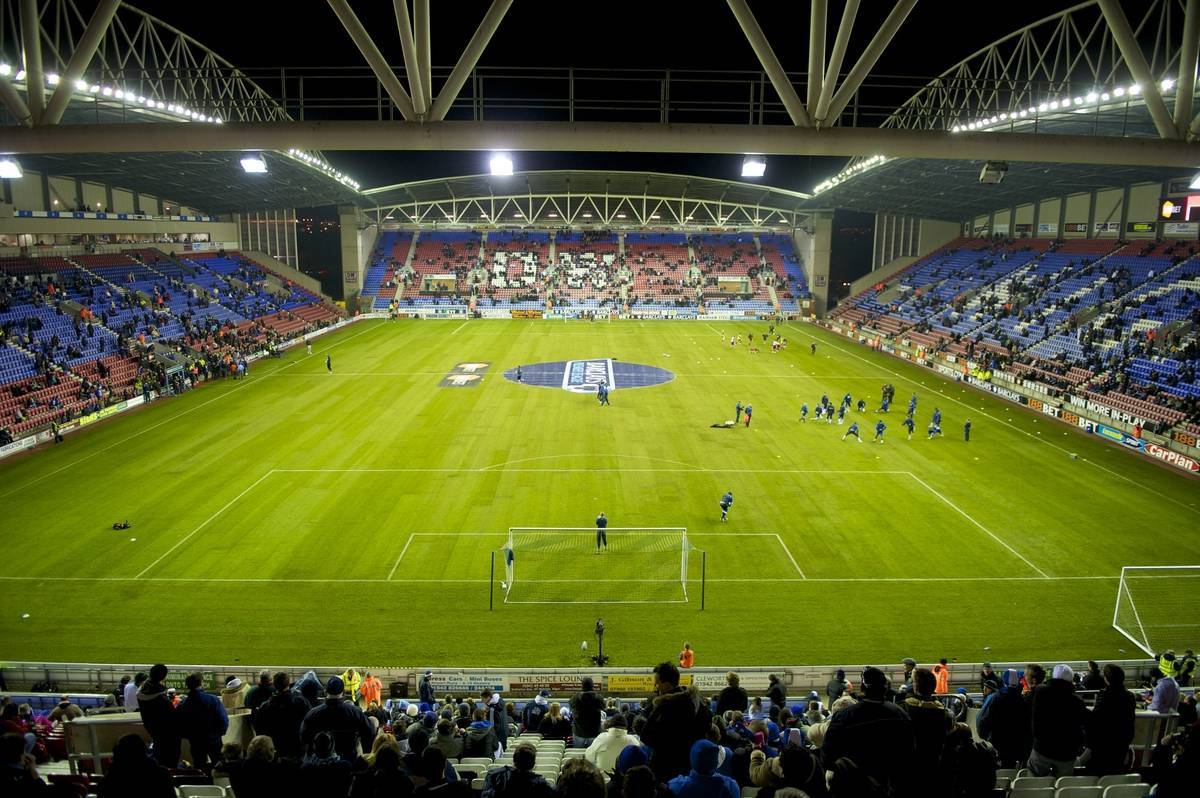 The Reds continue their preparations for the new campaign against Gary Caldwell’s Latics on Sunday afternoon, as they seek to build on a positive start to their extensive pre-season programme.

After productive exercise and victories against Tranmere Rovers and Fleetwood Town, the Reds will be looking for a similarly thorough workout.

Once again, they make another step up in class—this time against a former Premier League club. Liverpool make a familiar trip to the DW Stadium for the first-ever pre-season friendly between the two clubs.

A relatively new ground opening in 1999, the 25,100 capacity makes it the biggest club stadium Liverpool play at on English soil this summer.

Close to a sell-out crowd is expected for the visit of Klopp’s side, with Liverpool fans having snapped up the sizeable 4,800 away-end allocation for the game.

Sunday will be the Reds’ ninth visit to the former JJB Stadium—a ground where Liverpool have lost at only once and last visited at the back end of the 2012/13 season.

Brendan Rodgers’ side ran out convincing 4-0 winners against Roberto Martinez’s men over three years ago, with a Stewart Downing strike and Luis Suarez’s hat-trick sealing an emphatic victory. Klopp is set to field another strong squad for Liverpool’s third match in nine days.

That could include Philippe Coutinho, who is in line to make his first appearance of pre-season after missing the Fleetwood win on Wednesday, despite returning to training on Monday.

Established figures Jon Flanagan, Alberto Moreno, Lucas Leiva, Lazar Markovic and Roberto Firmino are all set to feature again, as are Matip’s fellow new arrivals Loris Karius, Sadio Mane and Marko Grujic, who impressed on his debut in the 5-0 win at Highbury in midweek.

Many of Anfield’s upcoming talents caught the eye in Wednesday’s success, and Klopp is likely to include a number of them again on Sunday—with the likes of goalscorer Ben Woodburn, Ryan Kent, Trent Alexander-Arnold and Ovie Ejaria all hopeful of involvement.

Midfielder Cameron Brannagan is also likely to feature against the club who recently saw a £1 million offer for his services knocked back by the Reds, while Adam Bodgdan could also be handed a chance to shine against the club he is reportedly in talks to join.

Sunday’s game could be the final friendly fixture without Liverpool’s England internationals, who are scheduled to return to Melwood on Tuesday, meaning they may take part at Huddersfield Town.

Klopp is likely to heavily rotate his squad once more against Caldwell’s side, with separate XIs in each half expected as the players continue to find fitness. The Latics have endured a tough time after winning the FA Cup and being relegated from the Premier League in the same season in 2012/13.

Two relegations in three years took them down to League One, where last season they won the title under Caldwell, who has revived the club since taking over in April 2015.

Wigan are now gearing up for a Championship return and plans are well underway to ensure their return doesn’t end as prematurely this time, with Caldwell having made four summer signings as he looks to build on the triumph.

West Ham right-back Kyle Knoyle has signed on loan to further bolster the defence, while midfielder Alex Gilbey joins from Colchester United—and he is one to watch out for should he feature on Sunday afternoon.

Further talent comes in key man, prolific goalscorer and Euro 2016 cult hero, Will Grigg, who fired the Latics to promotion with 28 goals in 43 appearances last season. Experienced goalkeeper Jussi Jaaskelainen and imposing centre-back Craig Morgan will stand between a third straight victory for the Reds, who will also have to monitor Wigan’s midfield engine, Max Power.

Club favourite and Liverpool fan, Ryan Taylor, is currently back at Wigan on trial, and he will be hopeful of playing against his beloved Reds on Sunday.

The clash comes as part of two games in two days for Wigan, who host Manchester United just 24 hours before Klopp’s Reds arrive.

The Latics have opened their pre-season schedule with successive goalless draws against Portuguese side SC Braga and Chester, but will be looking to impress in front of the home crowd against the big boys.

Wigan have revealed that no tickets will be available for purchase on the day, but have released further information:

Tickets are available online, by phone and in person at the DW Stadium Ticket Office for the South Stand, with tickets for the West Stand now SOLD OUT, while away supporters will be allocated the East Stand.

The ticket office will be open from 9.00am until 2.00pm on Saturday 16 July to allow supporters to purchase tickets for this fixture in person.

Tickets are for unreserved seating and prices are as follows:

Wigan Athletic vs. Liverpool will be shown live on LFCTV, and as ever, This is Anfield will be providing live coverage of the clash, with kickoff at the DW Stadium set for 4pm (BST).