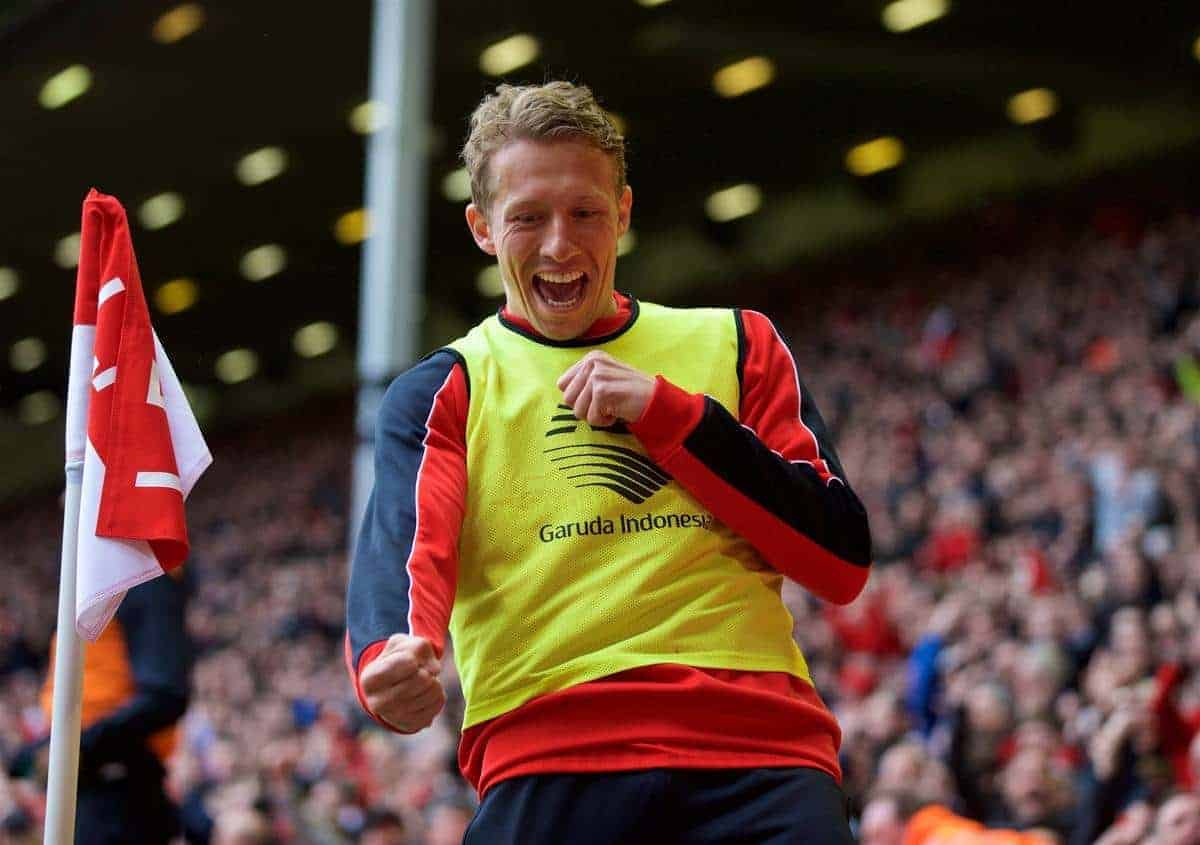 Liverpool midfielder Lucas Leiva has been tipped for a move to Turkish club Besiktas this summer, according to reports in Turkey.

The 29-year-old has been regularly linked with an Anfield exit in recent years but has consistently defied the odds and remained a Reds player.

Now Turkish sports newspaper Fanatik are claiming Lucas would be open to a move to Besiktas, with the Super Lig club keen on acquiring his services.

The Brazilian almost joined them last August, when a loan move was said to have been agreed before a last minute u-turn following Jordan Henderson‘s injury saw him remain at the club.

Last week Lucas spoke about his future, admitting he doubted whether he will stay at the club this summer.

“It is the first transfer window that Klopp will participate in more actively in for Liverpool, so I’ll have a better idea when I return [for pre-season],” Lucas told Radio Jovem Pan.

“Whatever happens, the idea, as always, is to remain in Europe, mainly in England, which has a very strong and good league to play in.”

It would appear that Lucas’ chances of regular first-team football next season will be very limited under Jurgen Klopp.

He struggled to feature much in his preferred midfield role in 2015/16, and was invariably drafted in as a centre-back instead.

The likes of Emre Can, Jordan Henderson and James Milner are all ahead of him in Klopp’s plans, while Joe Allen could still stay, and Marko Grujic has signed from Red Star Belgrade.

Then there is Piotr Zielinski and Mahmoud Dahoud, both of whom remain reported summer transfer targets.

Lucas is Liverpool’s longest-serving player, having joined from Gremio in 2007, but it feels as though his time on Merseyside is up.

He has been an extremely consistent, loyal servant to the club, making 315 appearances and scoring six goals.

The South American won the Reds’ Player of the Year award in 2010/11, following a string of excellent performances in the middle of the park.