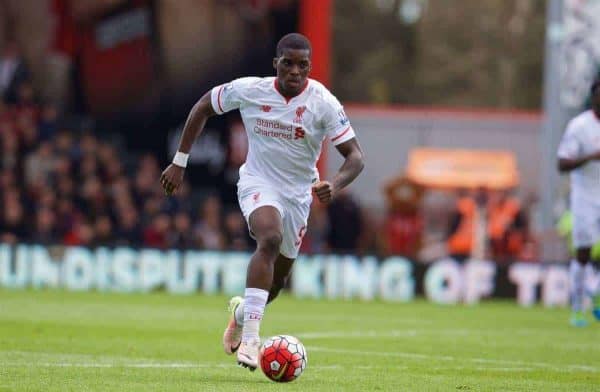 Having already secured progress to the semi-finals of this summer’s European U19 Championship, Aidy Boothroyd’s England took on Croatia in their final Group B clash.

Boothroyd left Ojo out of his lineup for the Young Lions’ last outing, but the 19-year-old was brought on during their 2-1 win over the Netherlands.

Restored to Boothroyd’s starting lineup against Croatia, Ojo built on his excellent showing against France in their group opener.

Ojo registered two assists against Ludovic Batelli’s side on July 12, and added another on Monday morning.

This came after just four minutes, with the Reds youngster playing Chelsea forward Izzy Brown through to convert beyond goalkeeper Ivan Nevistic.

Brown turned provider soon after, with Silvio Anocic turning the 19-year-old’s cross into his own net under pressure from Tottenham Hotspur full-back Kyle Walker-Peters.

England controlled the game throughout, though their lead was halved just before the hour mark as Dinamo Zagreb midfielder Nikola Moro struck from distance to give Croatia a consolation goal.

Sealing a 2-1 victory over Croatia, England head to the semi-finals having won all three of their group games.

They will take on an Italy side featuring AC Milan midfielder Manuel Locatelli and Palermo defender Giuseppe Pezzella, with the clash scheduled to take place on July 21.

Ojo will be hoping to seal a place in the final, where they would line up against either Portugal or France.

If England do make it all the way to the tournament showpiece on July 24, Ojo will be forced to catch up with his Liverpool team-mates in the US, with the winger set to join Jurgen Klopp‘s squad for their pre-season tour.

Ojo could face major competition for a starting role under Klopp in 2015/16, with Sadio Mane and Adam Lallana already vying for a place on the German’s right flank.

This could be worsened by the arrival of Newcastle United midfielder Georginio Wijnaldum, with the Reds in talks over a deal worth up to £20 million at this stage.

There had been suggestions that Ojo could join the Magpies on loan as part of the deal, though this is an unlikely development at this stage.