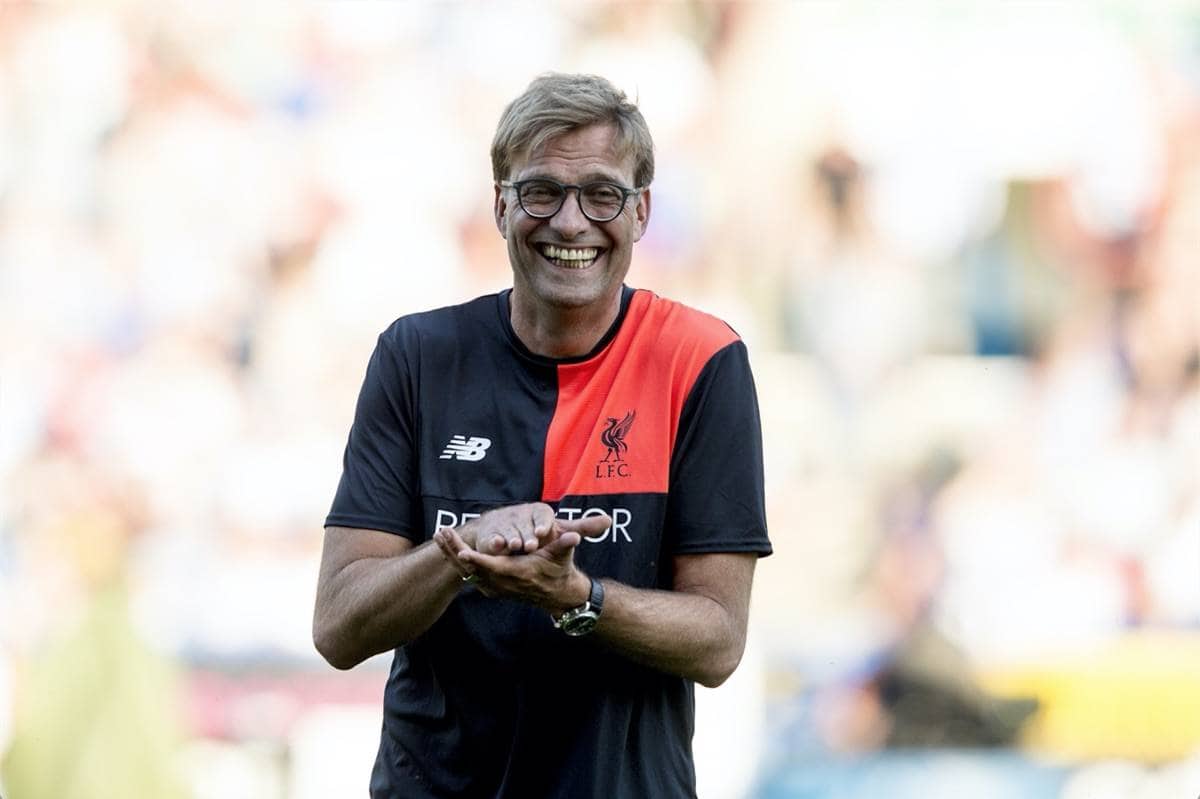 Jurgen Klopp and the Liverpool backroom staff took part in a friendly clash against a Stanford University lineup on Sunday.

While Klopp’s squad spent the afternoon relaxing following a lighter training session as the weekend drew to a close in California, the manager took to the field.

Taking on a selection of staff members from Stanford University, where the Reds are based this pre-season, the Liverpool backroom fought out of a close contest.

Klopp played in each of defence, midfield and attack throughout, with his lofty frame the target for standout left-back Ruben Pons, one of Liverpool’s physiotherapists.

It was Pons who scored the Reds’ equaliser after Stanford had gone ahead in the first half, with the Spaniard scoring from inside his own half.

John Achterberg made a number of strong saves between the sticks, while former Reds winger Richie Partridge—now a club physiotherapist—looked in fine form throughout.

? A post-match snap of the two teams following a 1-1 draw between staff from #LFC & @Stanford… pic.twitter.com/QkLSzaVYLz

Klopp was also joined by first-team assistants Peter Krawietz, Zeljko Buvac and Pepijn Lijnders as they showcased their skills ahead of leading their side through Wednesday night’s clash with Chelsea.

The Liverpool first team take on the Blues at the Rose Bowl in Pasadena, with kickoff set for the early hours of Thursday morning in the UK, before further friendlies against AC Milan and AS Roma.

It remains to be seen whether Klopp moves to call the impressive Pons into his senior squad, but with Liverpool in need of a left-back this summer, it may not be out of the question!