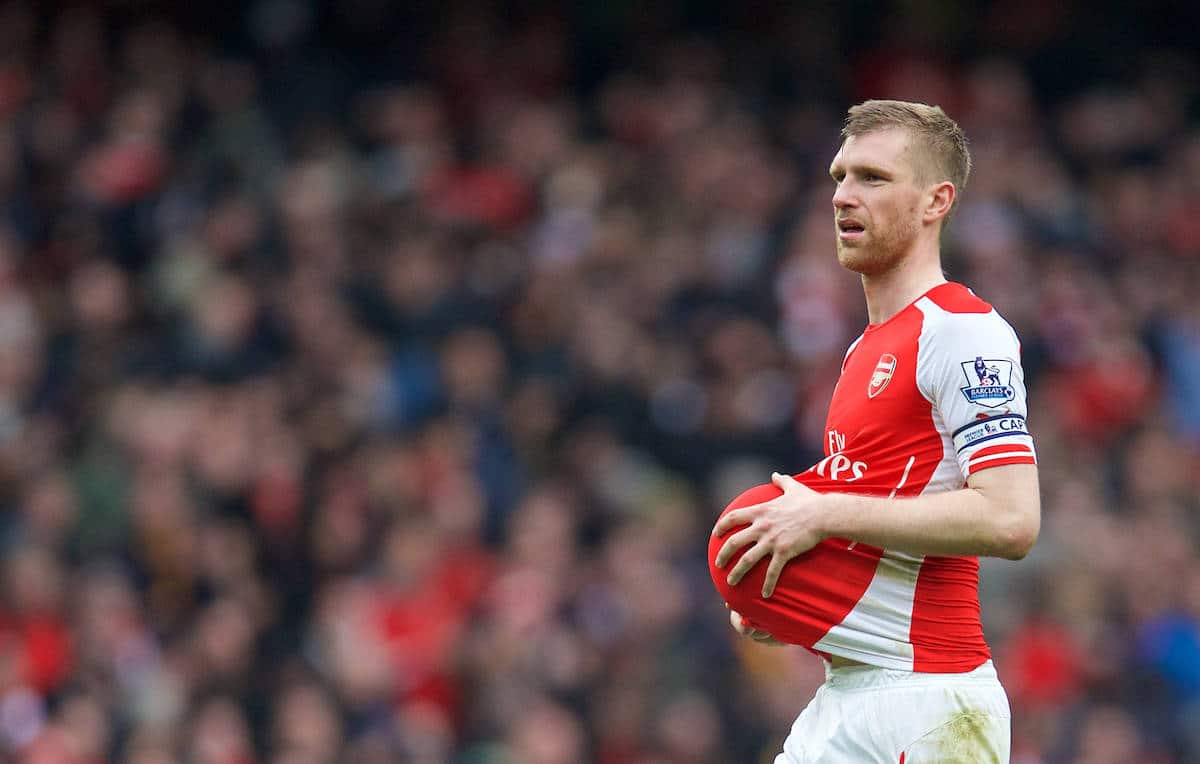 Arsenal will be without a number of their first-team defenders as they prepare for their Premier League opener against Liverpool on Sunday.

The Gunners welcome Jurgen Klopp‘s side to the Emirates Stadium on Sunday evening as the 2016/17 season kicks off, and Arsene Wenger finds himself facing a familiar problem.

Arsenal have signed three players so far this summer, with Granit Xhaka, Takuma Asano and Rob Holding arriving for a combined £32.8 million.

For Sunday’s clash in north London, Holding could prove to be the most important, as Wenger builds his starting lineup without at least two of his key centre-backs.

Gabriel Paulista and Per Mertesacker will both be sidelined, while Laurent Koscielny is facing a fight to prove his fitness following this summer’s European Championship.

Mertesacker is Wenger’s most worrying injury blow, with the German out until the new year with a knee problem.

Meanwhile, Gabriel is expected to miss the first eight weeks of the campaign with having suffered an injury to his ankle.

Koscielny has rejoined training along with fellow summer internationals Olivier Giroud and Mesut Ozil, but is unlikely to start against Liverpool.

This could see Holding partnered with Calum Chambers at the heart of defence, while Krystian Bielik is also an option.

Wenger is targeting a move to sign Valencia centre-back Shkodran Mustafi this summer, but the Germany international won’t be available for Sunday. This inexperienced pairing will be facing up against a strong Liverpool attack, though whether Daniel Sturridge will be able to feature remains to be seen.

The 26-year-old trained away from Klopp’s squad on Wednesday as he continues his recovery from a hip injury, while James Milner and Marko Grujic took part in similar sessions at Melwood.

Mamadou Sakho, Lucas Leiva, Joe Gomez and Loris Karius are certain to be out for Sunday’s trip to the Emirates, while Arsenal are also likely to be missing Jack Wilshere, Danny Welbeck and Carl Jenkinson.