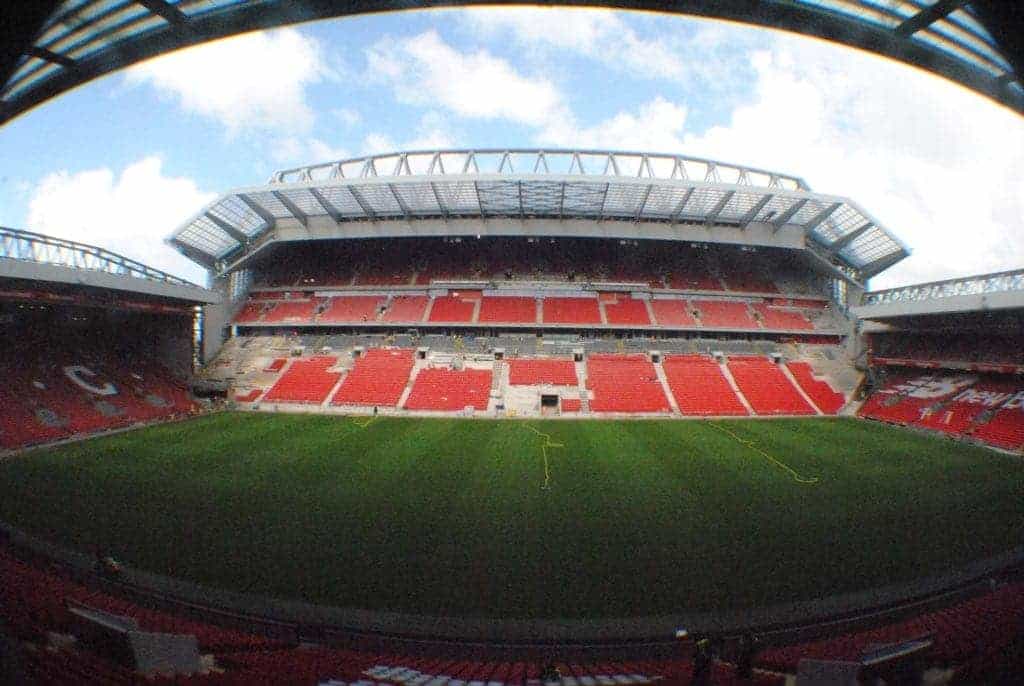 Liverpool Football Club have confirmed that the Reds’ opening home match of the 2016/17 season will be against Leicester City on September 10.

The club’s official website confirmed the news on Tuesday morning, although it has long been assumed that this would be the case.

The expansion of Anfield’s new and improved Main Stand has prevented Liverpool from playing at home in August, with their league fixtures against Burnley reversed, in order to play the Clarets at home later in the season.

Leicester‘s visit of Anfield will kick-off at 5:30pm, and will be shown live on BT Sport 1.

Although the Reds could be drawn at home in the second round of the League Cup, which is drawn on Wednesday, they will receive special dispensation from the EFL board to play the game at the home ground of their opponent.

While this would act as a disadvantage to Jurgen Klopp and his side, it is something they have to accept, and they will have to pay compensation if it happens.

A statement from an EFL spokesman read:

“The board has considered a request from the club and felt that that due to the unique circumstances they face at this particular time, it was appropriate to agree to the reversal.

“Compensation will be paid by Liverpool to the opposing club should they be drawn at home, to be determined by the EFL board.”

Liverpool get their 2016/17 campaign up and running on Sunday afternoon, when Klopp and his team face a tough trip to last season’s runners-up Arsenal.

They then take on Burnley at Turf Moor on August 20, in the aforementioned reversed fixture, before facing Tottenham at White Hart Lane on August 27.

Following an international break, Liverpool will then host champions Leicester, which promises to be a great occasion.