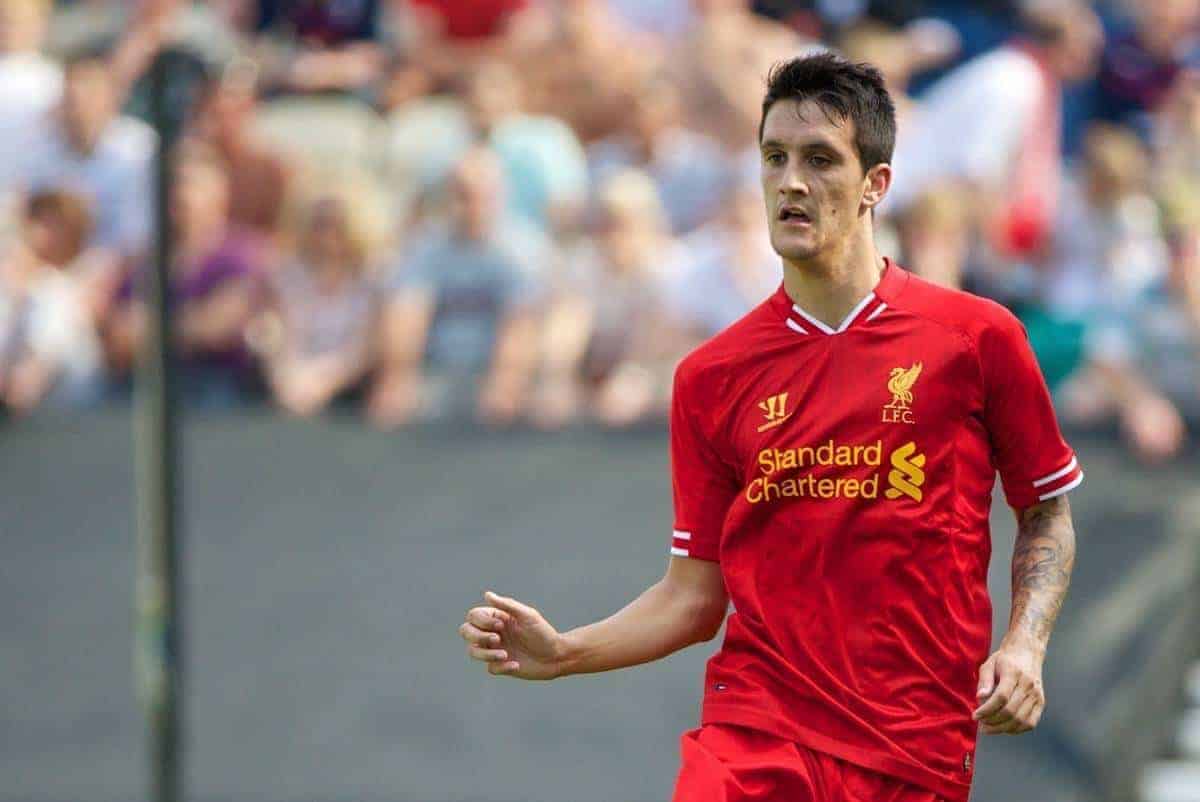 Forgotten man Luis Alberto has completed his move to Italian side Lazio for a reported initial fee of £4.2 million.

The 23-year-old, who joined the Reds in 2013 from Sevilla, started just two times for Liverpool, with his last appearance for the Reds being in January 2014.

Since then he’s spent time on loan at Malaga and Deportivo La Coruna – where he scored six goals and provided eight assists in 31 appearances.

The deal with Lazio could rise to £6 million in potential add ons and Liverpool have reportedly added a 30% sell-on clause into the deal.

The Spaniard, who was handed the Reds’ No.6 shirt when he was signed by Brendan Rodgers for £6.8 million three years ago, did not feature during any pre-season games this summer, wasn’t included on the pre-season tour and didn’t even get a game with the under-23s, clearly showing how unwanted he was on Merseyside.