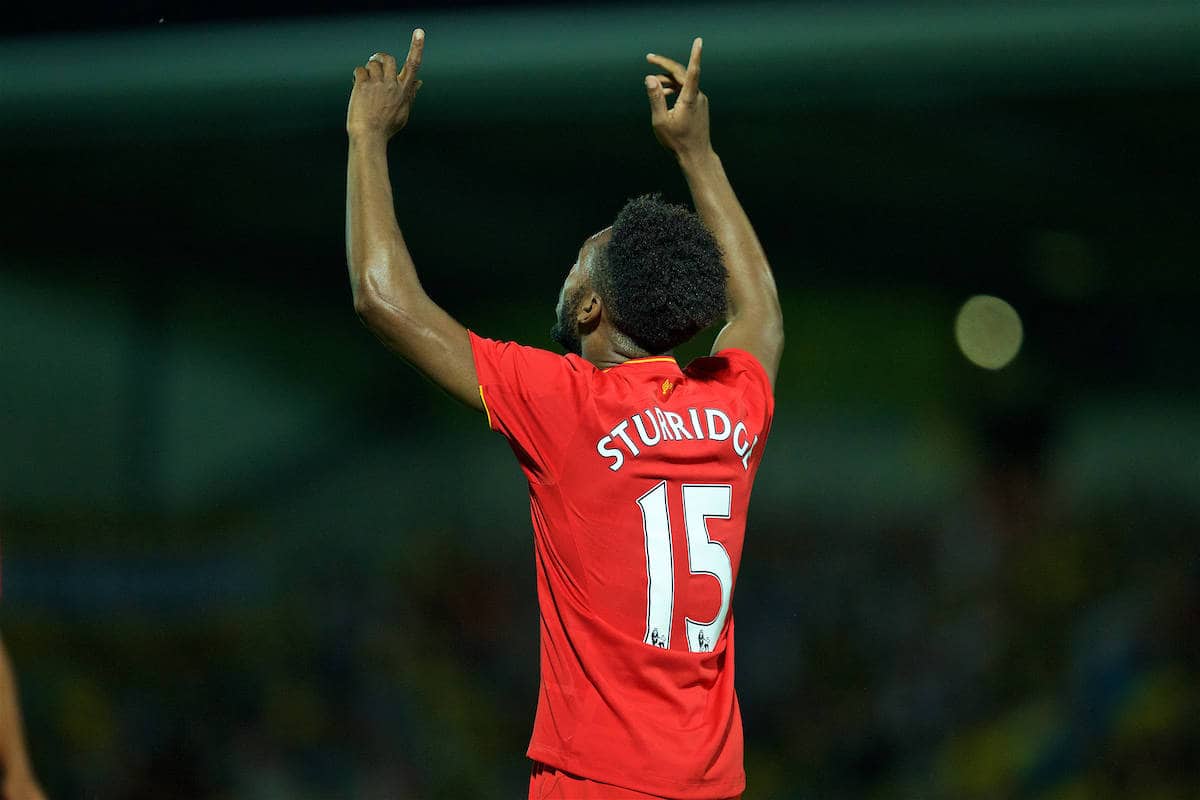 Daniel Sturridge says Liverpool bounced back well from their 2-0 loss at Burnley on Saturday, after romping to victory over Burton Albion in the League Cup second round.

The Reds won 5-0 away to Nigel Clough’s Championship outfit on Tuesday evening, as they cruised into round three.

Sturridge came on in the second-half and scored twice, while Divock Origi and Roberto Firmino also found the back of the net at the Pirelli Stadium. All three forwards off the mark for the season.

The 26-year-old believes the response the players gave was badly needed, and also touched upon the hunger within the squad.

“It was a great team performance and it’s good to get the victory,” he told Liverpoolfc.com.

“We’re like that all the time, we always want to try to keep scoring goals, keep performing, and keep making the results as good as possible.

The impact of Sturridge, Origi and Firmino gives Jurgen Klopp a real selection headache ahead of Saturday’s Premier League clash with Tottenham at White Hart Lane.

Having started with Firmino in a central attacking role against both Arsenal and Burnley, will Klopp once again go with the Brazilian in north London?

Origi looked sharp against Burton, while Sturridge showed exactly what he can offer against the Brewers, particularly with his ruthless second goal on the night.

The England international was deployed on the right-hand side on Saturday, but Sadio Mane has that role nailed down from the start, when fit.

It is a good dilemma for Klopp to have, with a battle for places always healthy, and all will become clearer on Saturday lunchtime.