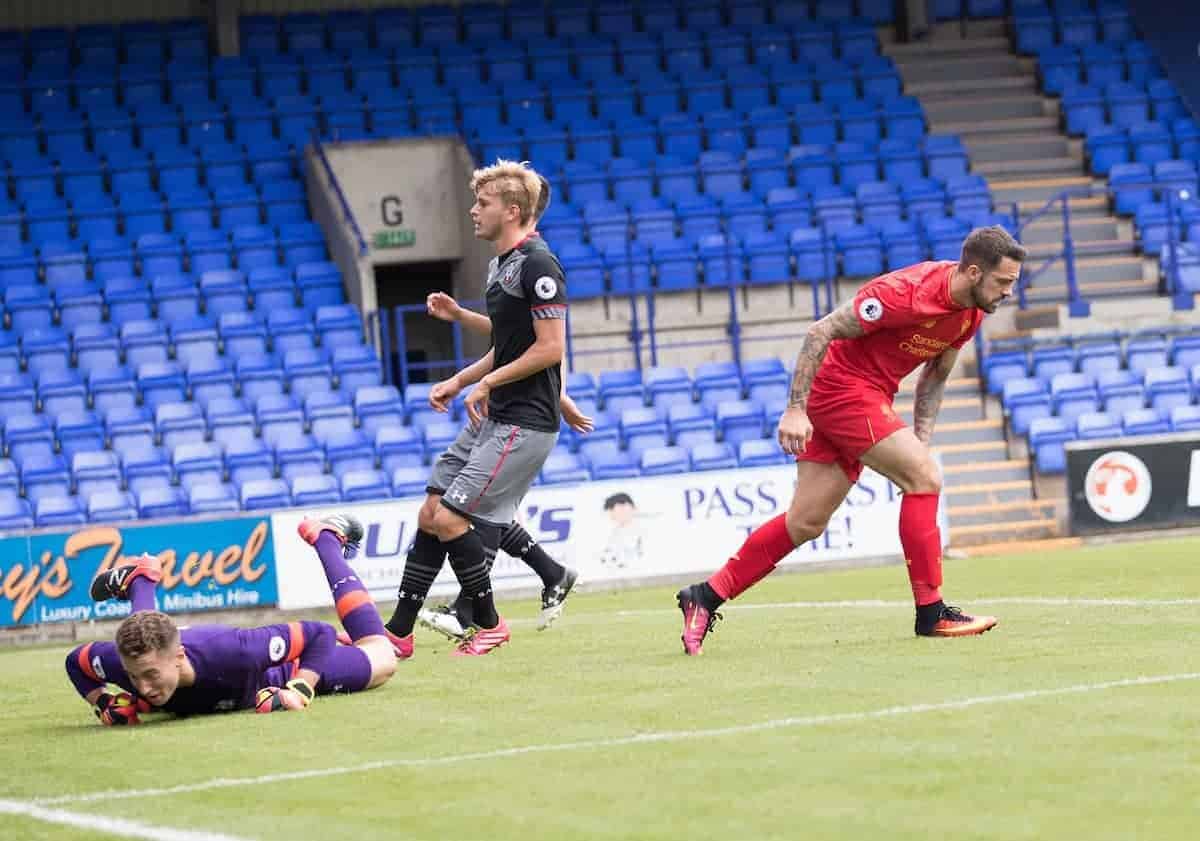 Liverpool Under-23s suffered a 4-1 defeat at home to Southampton in their opening game of the new season on Sunday afternoon.

The Reds, playing at Tranemre’s Prenton Park in the first game of the newly branded ‘Premier League 2′ had Danny Ings up front, with the Englishman still searching for full fitness.

Ings scored the consolation goal for Michael Beale’s side, who conceded two in each half.

Speaking on Friday, Jurgen Klopp had explained that the forward – who was out from October to May last season with an ACL injury – isn’t fully recovered yet and is still finding full match fitness, hence his involvement for the Reds’ youngsters.

Ings provided a typical striker’s goal for the Reds, finishing from close range from captain Harry Wilson‘s ball into the box.

Ings gets the hosts back into the game at Prenton Park. https://t.co/evFLVHTlsL

Connor Randall played at right-back, while Ben Woodburn started on the left of the attack. Adam Philipps was in the attacking midfield spot behind Ings.