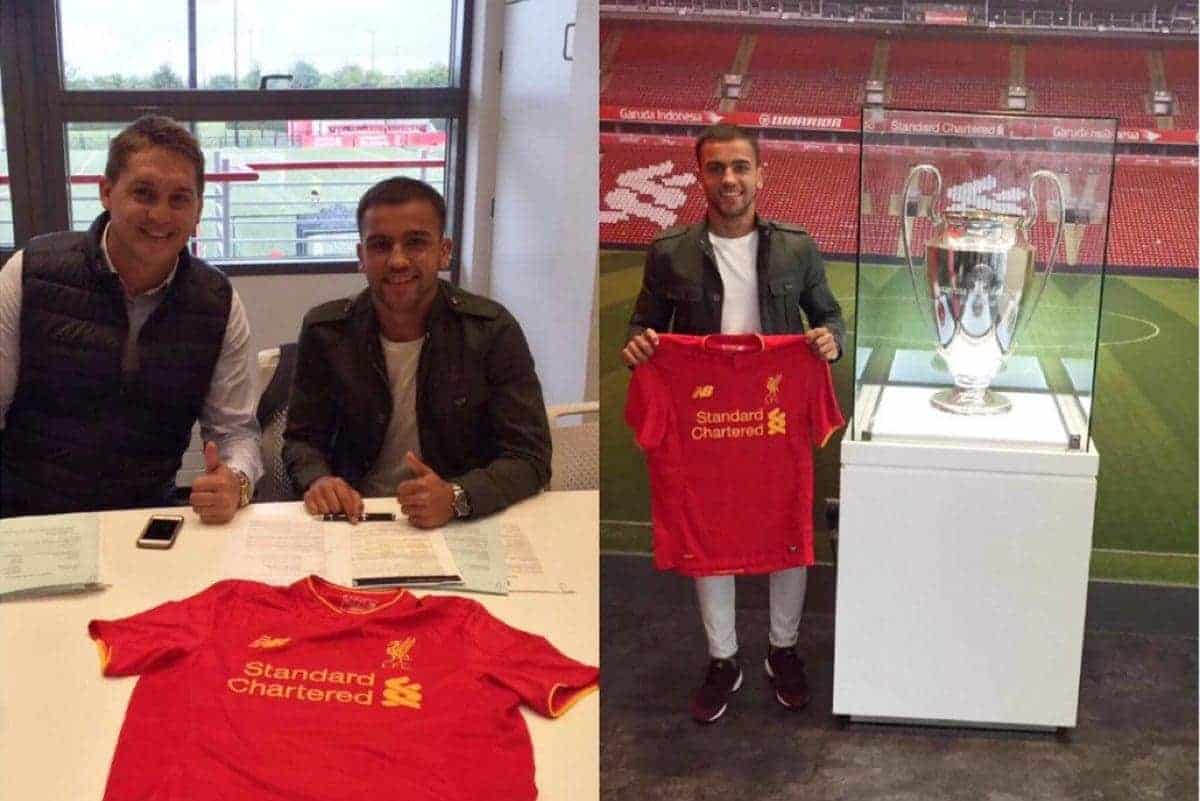 Former Barcelona youngster Juanma has signed a deal to join Liverpool, following a successful trial at the club this summer.

The 19-year-old spent time with Michael Beale’s U23s, and impressed enough to earn himself a long-term deal with the Reds.

Juanma, full name Juan Manuel Garcia, is set to link up with Beale’s young squad for the 2016/17 campaign, which will see them compete in the new-look Premier League 2 setup.

The defender, who is capable of operating at both centre-back and left-back, confirmed the move on Thursday, also addressing his departure from Barcelona.

“My time at Barcelona has ended,” he wrote. “Thank you for those eight seasons. Life goes on.”

It is unlikely that Juanma will turn out for Klopp’s senior side this season, but his versatility could be depended on if Liverpool suffer an injury crisis like last season. Juanma has largely operated at left-back during his time on Merseyside so far, providing competition for Sam Hart and Joe Maguire.

Maguire’s position could be under threat following Juanma’s deal, with Beale lauding the Spaniard as “a Pablo Zabaleta-type player” at the end of June.

“He was at Barcelona so we’ll have a look and see how we go with him. He’s played with Madger Gomes and Pedro Chirivella with Spain so we’re quite familiar with him,” Beale explained.

“I quite like him, he reminds he a little bit of someone like a Pablo Zabaleta-type player, a nice player.”

Maguire could switch to centre-back instead this season.

Liverpool are looking for quality over quantity in their academy ranks, and Juanma’s arrival certainly adds the former, while his ability to cover a number of positions is invaluable.

As Beale mentions, Juanma will be the third Spaniard within the Reds’ U23s squad, along with Pedro Chirivella and Madger Gomes.

Meanwhile, Beale has revealed that winger Harry Wilson will captain the Reds’ under-23s this season.