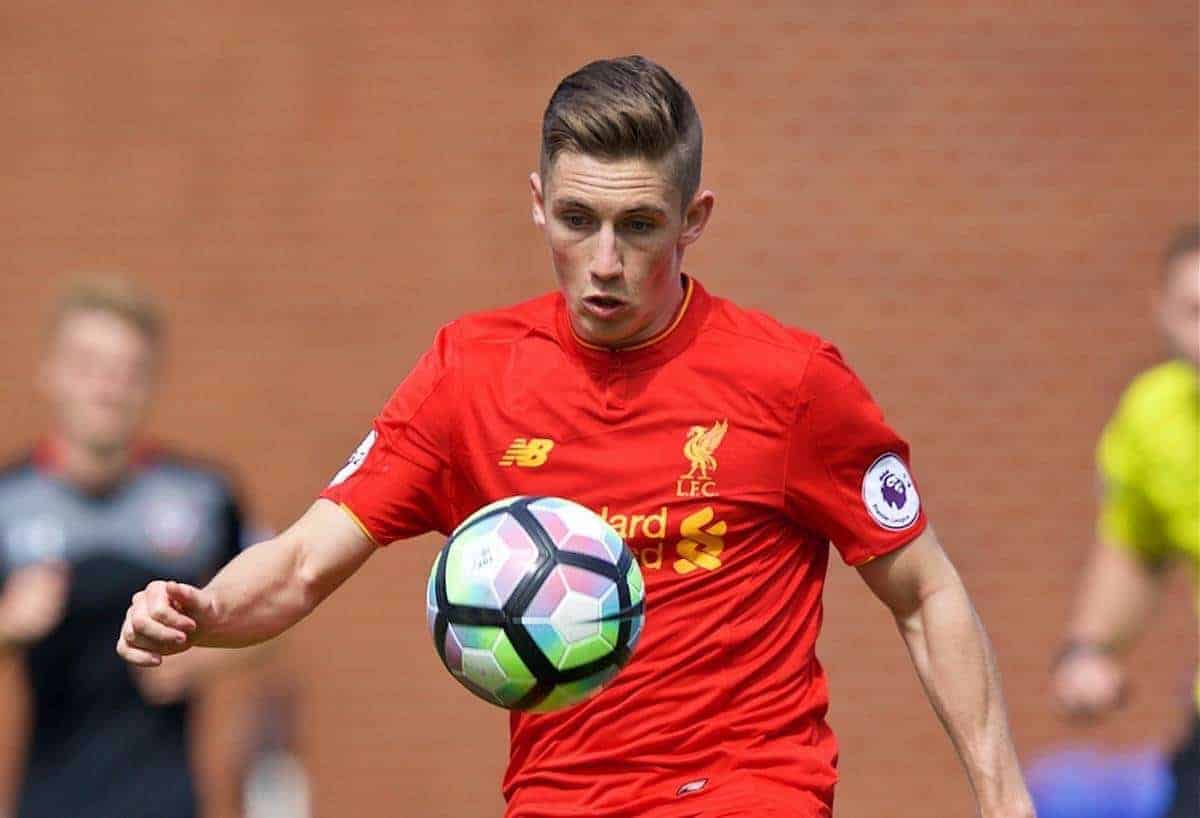 Michael Beale’s side took to Scandinavia this week for a credential-testing friendly, and a much-needed confidence boost following Sunday’s 4-1 defeat to Southampton.

Fielding a mixed lineup to take on the Superliga side, Beale included two new signings in Juanma and Nathaniel Phillips, who have both joined after successful trials at Melwood this summer.

Caoimhin Kelleher took his place in goal, after spending the weekend with the first team, behind a back four of Juanma, Phillips, Corey Whelan and Joe Maguire.

Matty Virtue and Jordan Williams took up their places in midfield, behind a four-man attacking line of Wilson, Ben Woodburn, Sam Hart and Brooks Lennon.

It was Woodburn, the 16-year-old forward who made such an impression with Jurgen Klopp‘s squad during pre-season, who proved the most influential early on.

The youngster, bursting into the penalty area with a powerful run, was brought down to secure a penalty.

Wilson was on hand to dispatch, netting his first goal of the clash, and his first since being named captain of Beale’s new-look side.

The Wales international made it two later on, after a move that saw him combine with Woodburn and Lennon in free-flowing attacking style, putting the young Reds 2-0 up on the night. Odense grabbed a consolation shortly after, but with Kelleher and his defensive cohorts in fine form, Liverpool were able to hold on for a strong victory.

Adam Phillips, Rafael Camacho, Kane Lewis and Brad Garton all featured from the substitutes’ bench, as Beale provided his side with an ideal preparation for Monday night’s clash away to Chelsea.

Wilson was named Man of the Match, in the latest in a string of fine performances from the 19-year-old, as he looks to recover from a miserable 2015/16 campaign and carve out a future at Anfield.