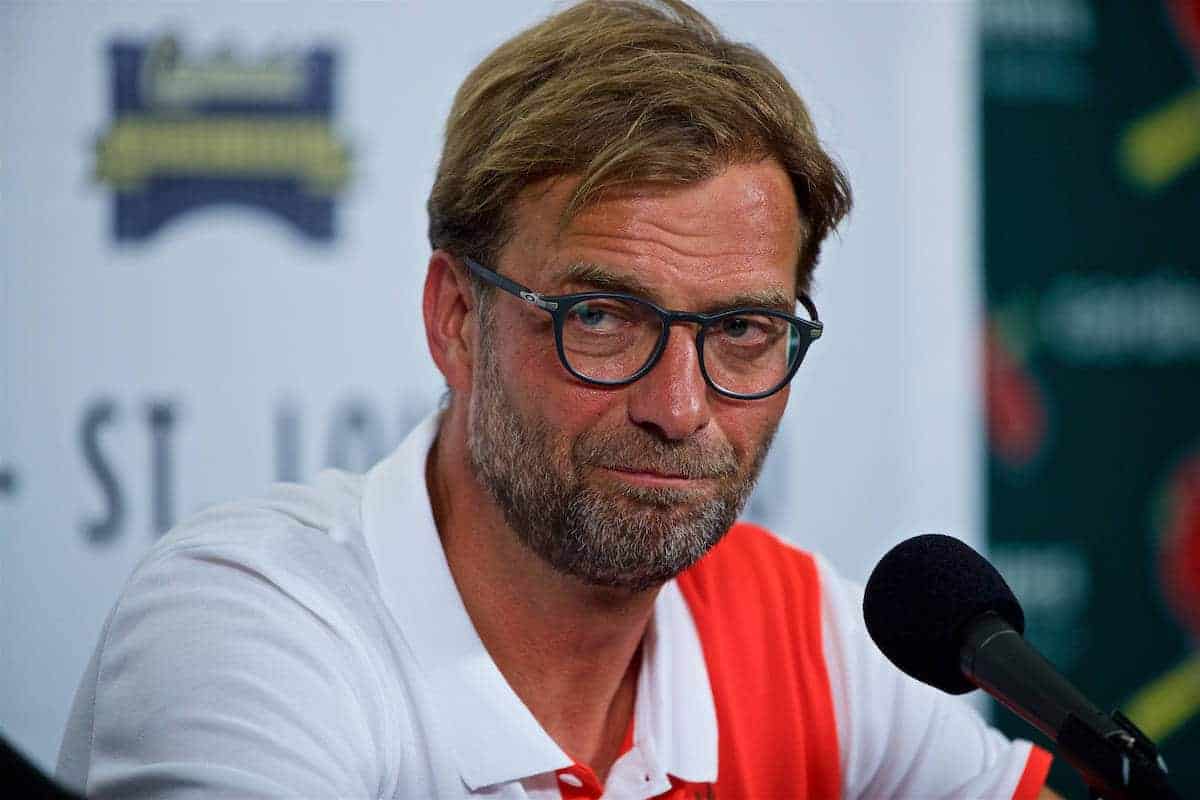 Liverpool manager Jurgen Klopp has downplayed the effect of the big-name bosses in the Premier League this season and insisted it will be the players who determine who ends the campaign as champions.

The arrival of Manchester City‘s Pep Guardiola and Chelsea‘s Antonio Conte, both hugely successful on the continent, has ramped up the excitement ahead of a term where Jose Mourinho will also hold the reins at Manchester United.

Klopp belongs alongside them in that upper echelon of managers having won trophies with Borussia Dortmund but while he acknowledges the excitement surrounding those in charge, he insists they can only have so much impact on what happens between the white lines.

“The best thing is we don’t play,” he said. “It’s exciting for everybody having these big names in the league. But if they all have only one aim then there can be only one who is really lucky.

“It’s England, managers obviously have a more, in public, special role than maybe in other countries. It’s one part of the performance but not more.

“We still all have to play and work. It’s not about the names, it’s all about the performance on the pitch. That’s what I’m looking forward to – the opportunity to win something.”

Klopp has spent his first summer on Merseyside shaping the Liverpool squad in his mould but as of yet attempts to offload outcast strikers Mario Balotelli and Christian Benteke have been futile.

There is understood to be Premier Legaue interest in the latter, from West Brom and Crystal Palace, though the Reds are hopeful of recouping most of the £32.5million they shelled out to bring him to Anfield last summer.

And so while the duo join Daniel Sturridge, Danny Ings, Sadio Mane and Divock Origi in a congested stable of attackers, Klopp has warned suitors of Balotelli and Benteke that they will not be allowed to leave on the cheap.

“Christian Benteke, Mario Balotelli, all the other strikers, they are really good; they don’t miss anything in their chances,” the German added.

“Having six strikers is a little bit too comfortable but it’s still possible. If anybody thinks that because we have more than one striker, we make presents to other clubs, that’s the biggest misunderstanding in world football. We will not do that 100 per cent.”

Liverpool kick off the season on Sunday at Arsenal, who are beset by injury problems in the central defensive region, and Klopp himself has doubts over James Milner and Sturridge ahead of the trip to north London.

Milner has a bruised heel but Klopp has determined it is “possible” the versatile 30-year-old features while Sturridge, who may train with the main group on Friday, is troubled by a hip injury and is considered behind others in his pre-season fitness work.