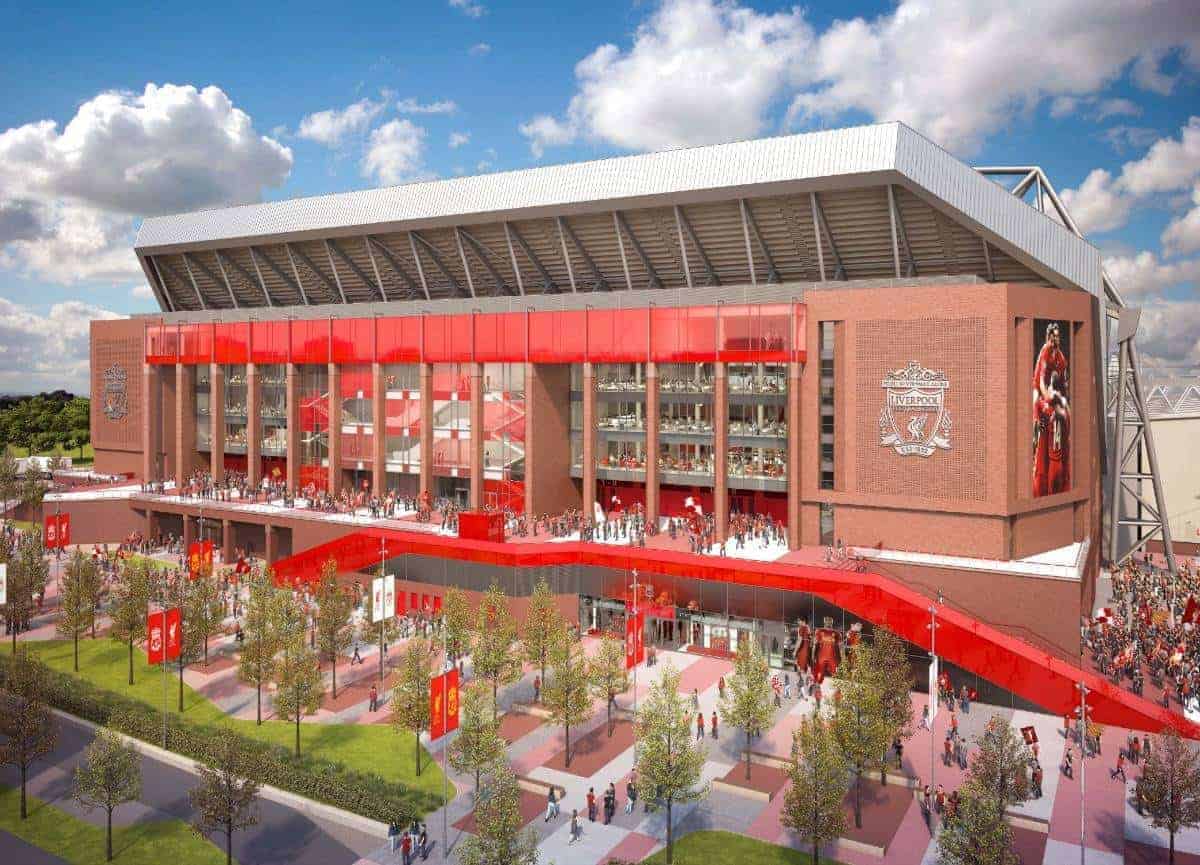 Liverpool FC have announced plans to open the redeveloped Main Stand to Stadium Tours for the very first time, when they relaunch on Sunday 11th September – the day after the Reds’ opening home game against Leicester City.

The stadium tour will give fans a taste of 21st Century Anfield and the next chapter of LFC’s history, when they go behind the scenes inside what will soon become one of the largest all-seater single stands in European Football – 650 days after work began at Anfield.

As part of the new guided tour there’s a chance to take a seat in Jurgen Klopp’s dug out, check out the new tunnel, as well as getting an inside look at some of the never before seen areas of the stand.

Fans will gain a fascinating insight into each one of the four stands and have the opportunity to take a seat in the world famous Spion Kop.

Along the way fans will discover unique tales and behind the scenes stories. Visitors will also be able to follow in the footsteps of their heroes by reliving some of the most defining moments in the club’s history.

A brand new, fully interactive Anfield stadium tour will launch in January 2017, once the final finishing touches have been made to the redeveloped Main Stand. The new tours will not only be self-guided – allowing fans to take in the Anfield sights at their leisure – but will also be available in 12 different languages to better accommodate international visitors.