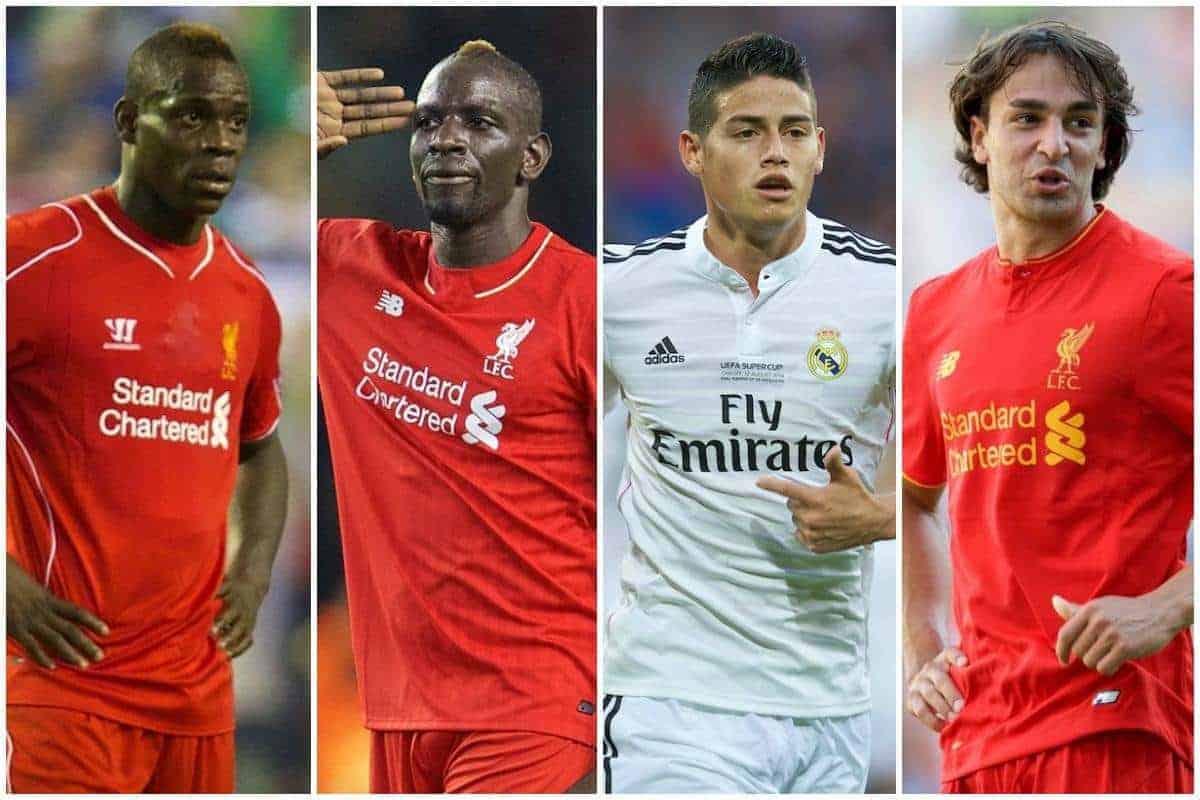 Ahead of the final week on the summer window, we round up the latest Liverpool transfer rumours, including news on Mario Balotelli.

Tuesday night saw the Reds seal a 5-0 victory over Championship side Burton Albion in the League Cup second round, fuelling supporters with renewed optimism.

With James Milner impressing at left-back and Emre Can making his first start of the season at the base of Klopp’s midfield, Liverpool’s transfer requirements looked less prominent at the Pirelli Stadium.

This is unlikely to deter speculation, but the German is poised to focus largely on outgoings before the transfer window closes on August 31. Tony Hibbert could have another reason to lose faith in Everton soon, with the Toffees among the clubs most recently linked with a move for Balotelli.

The striker’s agent, Mino Raiola, is busy touting him out to clubs around Europe in the effort to seal his departure from Anfield, and Liverpool’s city rivals are said to have been offered the chance to secure a deal.

They aren’t the only ones, however, with Gazzetta dello Sport suggesting Manchester United could be Balotelli’s next destination.

Meanwhile, Palermo chairman Maurizio Zamparini has also welcomed a move for the striker, outlining a desire to become his “father figure.”

We’ve been here plenty of times before, however, with Liverpool still yet to field a concrete offer for their surplus star.

Mamadou Sakho is another player likely to leave Liverpool this summer, following the shock development that he would be made available for a loan move.

Speaking after Tuesday night’s League Cup win, Klopp failed to deny reports that Sakho could leave on a temporary deal, saying “everybody who needs to be informed” was aware of the situation.

“There are no secrets with the important people, I would say.”

While this is far from conclusive, that Klopp didn’t back Sakho when given the opportunity could provide a hint as to his standing this summer. May’s ridiculous rumours linking Liverpool with Gonzalo Higuain will take some beating, with the Argentinian eventually joining Juventus for £75 million, but Mundo Deportivo have served up a close second.

According to the Spanish publication, the Reds have expressed an interest in signing Real Madrid forward James Rodriguez, along with a host of other top European sides.

Arsenal, Chelsea, AC Milan and Paris Saint-Germain are also listed as suitors, with the quartet all more likely than Liverpool.

In fact, Mundo Deportivo claim that a potential offer from the Reds would be “far from the interest of Florentino Perez,” with the Real president looking to recoup as much of the £63 million paid to sign James from AS Monaco in 2013.

Liverpool are already well stocked in the attacking ranks, with the likes of Philippe Coutinho, Roberto Firmino and Sadio Mane, and this transfer seems highly unlikely.

Klopp could even be looking to thin his forward ranks further this summer, with both Luis Alberto and Lazar Markovic likely to leave the club before August 31.

Alberto’s move has been something of a foregone conclusion since he returned from a loan spell with Deportivo de La Coruna, but Markovic’s future has been more difficult to determine.

But after falling down the pecking order during pre-season, with 16-year-old academy talent Ben Woodburn often selected ahead of him, the Serbian was given a clear indication of his prospects on Tuesday night.

Markovic, who could have hoped for a rare start in the League Cup against Burton, was instead left on Merseyside, with his absence at the Pirelli telling. Quality over quantity is the order of the day for Liverpool’s academy following Klopp’s arrival, with just two additions having been made to Michael Beale’s U23s so far this summer in Nathan Phillips and Juanma.

The young duo could be joined by another new face, however, with the Mail reporting the Reds’ interest in Fulham left-back Ryan Sessegnon.

The 16-year-old made his Championship debut at the start of the season, and is poised to follow a positive trajectory throughout 2016/17.

He may be tempted to switch Craven Cottage for a Premier League academy, however, and Liverpool are reportedly joined by Manchester United, Arsenal and Tottenham Hotspur in their pursuit.

Fulham won’t want to sell, but the riches on offer at the top of English football may force their hand.