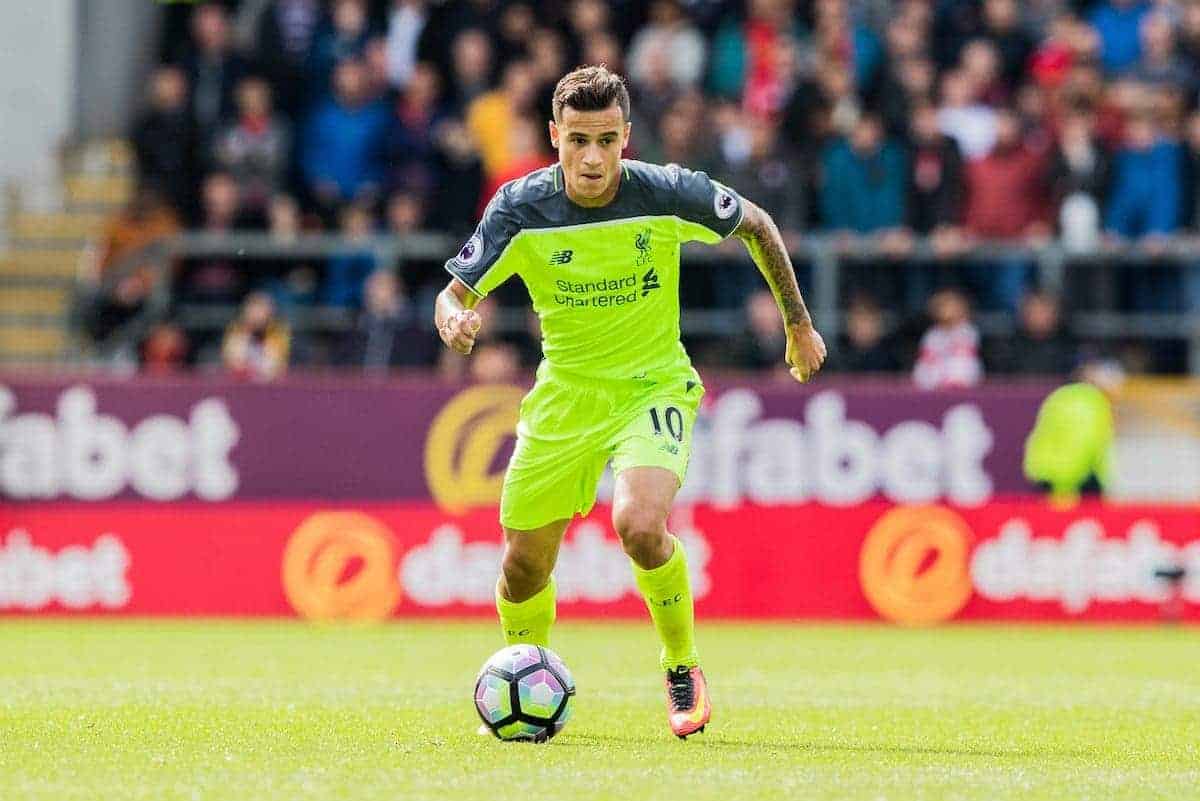 The Brazilian dropped out of Jurgen Klopp‘s matchday squad for the Reds’ 5-0 win over Burton Albion on Tuesday night, but joined training at Melwood on Thursday afternoon.

He could still miss out for the trip to White Hart Lane, however, with Klopp telling reporters that he was suffering from a tight hamstring.

However, previewing Liverpool’s third league outing of the season, the German stressed that it was “not a big issue,” though starting Coutinho may not be worth the gamble.

“The muscle was a little stiff. He felt something so we didn’t want to take a risk [against Burton],” he explained.

“We left him out of training until now. We have to make a decision on Friday with what we can do with him.

“It is not a situation to take any risk. We have to talk to the player.

“From the medical side, it is not a big issue, but it was big enough to leave him out of the squad for Burton.”

Coutinho’s absence could be magnified by the loss of Divock Origi, too, with the 21-year-old striker suffering cramp in the latter stages at the Pirelli Stadium.

The attacking duo would join Emre Can, Loris Karius, Lucas Leiva, Joe Gomez, Sheyi Ojo on the sidelines, while Mamadou Sakho is back in first-team training but is unlikely to be considered.

This leaves Klopp with significantly fewer options in attack, but a summer of positive recruitment has allowed him more leeway, as he continued to explain on Thursday morning.

“Usually, Sheyi Ojo could play there but he has not been fit for a few weeks.

“We have different players for that position but when two of them are not available you have a little bit of a problem.

“That is what football is. We are not allowed to have a squad of 28 players but we still have options.”

Lallana, Firmino, Mane and Daniel Sturridge are all strong candidates to start in attack in north London, while Danny Ings could also come into the squad as he is eased back to fitness.

Liverpool’s clash with Spurs kicks off at 12.30pm (BST) on Saturday afternoon, as Klopp looks to get his side back on track in the Premier League following a 2-0 loss to Burnley last weekend.