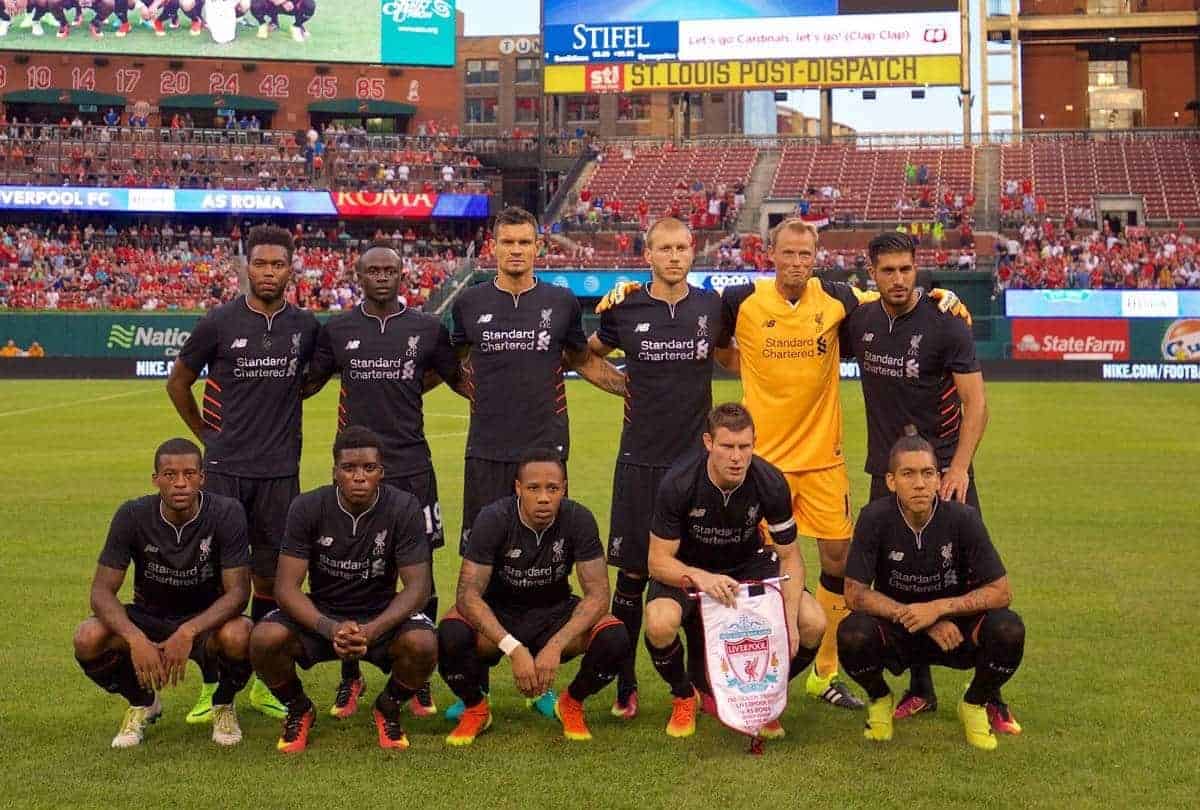 Liverpool round off their extensive pre-season schedule with a European double-header this weekend, as they take on Barcelona and Mainz 05.

A comprehensive warmup schedule finishes in the most intense way possible, with two games in less than 24 hours for Jurgen Klopp’s men.

The Reds finish their International Champions Cup campaign against Spanish giants Barcelona at Wembley Stadium on Saturday evening, before instantly heading out to Germany to face Klopp’s former club, Mainz 05, in the final friendly.

Having seen his side produce a mixed bag of performances and results on their US tour, Klopp will be looking for his squad to produce a strong end to the friendlies ahead of the Premier League kickoff. The Reds take to the Home of Football for the second time under Klopp for their final ICC clash and much-anticipated glamour friendly.

The spectacular 90,000-capacity stadium is sold out for the clash of two of European football’s most decorated clubs, and will pose a stunning spectacle for the match.

Saturday’s contest will be just the second friendly between the clubs, and the first non-competitive clash for almost 40 years.

That came in 1977 in the Olympic Stadium in Amsterdam, where Bob Paisley’s side won 1-0 courtesy of David Johnson’s strike.

Competitive meetings have been a more regular occurrence, with the sides facing off six times since the turn of the millennium in the Champions League and UEFA Cup.

The Reds have won twice—including an unforgettable 2-1 win at Camp Nou in 2007—drawn twice and lost twice in evenly matched contests. Saturday will mark the eighth, and penultimate, game of a busy schedule for Liverpool but will be Barcelona’s third of a European-based pre-season.

The Reds are further down the road in their preparations for the new campaign, with Barcelona’s La Liga title defence to start a week after the Premier League.

Luis Enrique’s side will provide an excellent test for Klopp’s men ahead of next weekend’s Premier League start, and they come into the game following victories over Celtic (3-1) and Leicester City (4-2).

Enrique arrives in England with a depleted, but still extremely strong, squad, and some superstars who are in line to feature at Wembley.

That includes Lionel Messi, Sergio Busquets, former Kop favourite Javier Mascherano and Luis Suarez, who will face the Reds for the first time since leaving in 2014. The likes of Marc-Andre ter Stegen, Claudio Bravo, Ivan Rakitic, Thomas Vermaelen, Gerard Pique, Jordi Alba and Andres Iniesta all returned to training in Spain this week, but it remains to be seen whether they will be involved.

New signings Lucas Digne, Samuel Umtiti and Andre Gomes have yet to feature for their new club, but could take part at Wembley. The second instalment of Liverpool’s double-header will see Klopp return to familiar territory on Sunday afternoon.

Liverpool take to the Opel Arena for the first time, where a 34,000-capacity crowd is expected at the modern venue—built in 2011—for the visit of the Reds.

It will be just the second-ever meeting between the clubs, with the last proving a forgettable day for the Reds but unforgettable one for then Mainz boss, Klopp.

The current Liverpool leader guided his side to a 5-0 thrashing of Benitez’s almost first-choice lineup 10 years ago at Mainz’s former home, the Bruchwegstadion.

Now leading the Reds for this fixture, Klopp will hope for a similar result for his side again on a special return to his much-loved former club. Mainz have enjoyed a thorough pre-season programme as they look to better the best campaign of their 111-year history.

Like Liverpool, that has included a two-games-in-two-days double header, with the German side playing on Wednesday and Thursday night—beating Swiss side Servette 2-1, and losing 2-0 to Italian outfit Novara.

Added to tests against Alzey, Biebrich and Sevilla, Martin Schmidt’s side will be prepared for the Reds, and will give Klopp’s side one last complete summer workout.

With the friendly the last before Mainz kick off their domestic campaign in the DFB-Pokal against Unterhaching, Schmidt may use the game to blood his strongest side.

Worryingly with the season just a week away, Klopp has a number of injury concerns to contend with for the games.

Centre-back options Mamadou Sakho, Joe Gomez and Lucas are all out, leaving defenders in short supply once again.

Loris Karius and Ovie Ejaria are also ruled out, while Alberto Moreno is a doubt having picked up a knock in the US.

However, Joel Matip, Marko Grujic and Divock Origi could return after missing the Roma defeat through minor injuries.

Whether Klopp decides to risk them or allow each maximum recovery time ahead of next week remains to be seen.

However, all those who featured against Roma last time out—except injury doubt Moreno—are set to be involved across the two games.

Klopp has quality and depth—apart from in defence—to select from, and he has a number of ways to utilise his squad for the quick-fire double-header.

But the Liverpool boss is likely to name separate squads for each game—as happened last year in games against HJK Helsinki and Swindon.

This will ensure as many of those set for a place in his squad this season receive the extended game time needed ahead of being called into action next week.

Klopp could utilise what he sees as his preferred starting lineup ahead of that first Premier League clash, using another selection to allow players to shine and give him a welcome headache ahead of the Arsenal opener on August 14.

As usual, This is Anfield will provide coverage of both games in this weekend’s double-header, starting at Wembley, where kickoff is set for 5:15pm (BST).