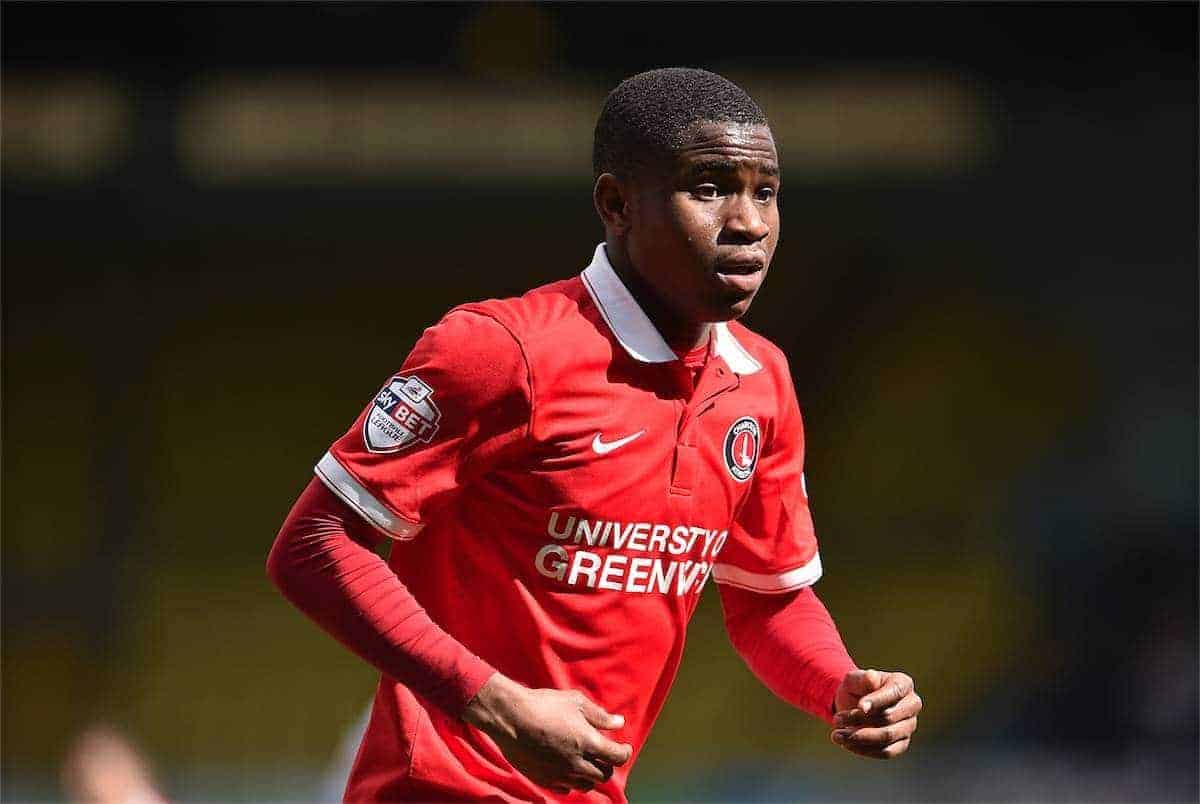 Liverpool are among the favourites to sign exciting Charlton Athletic prospect Ademola Lookman, according to reports this week.

The Mirror claims Lookman has caught the eye of several heavyweight Premier League clubs so far this summer, including the Reds, Arsenal and Tottenham.

Liverpool scouted the prodigious 18-year-old at last month’s European U19 Championships in Germany, as England crashed out to Italy in the semi-finals.

Lookman made a late appearance from the substitutes’ bench in that game, but could do nothing to prevent the Three Lions losing 2-1.

The Reds have already been linked with bringing Lookman to Anfield in recent months, as rumours surrounding his future have refused to go away.

The teenager signed a new long-term deal at Charlton back in February, but given the way modern football works, top clubs will still feel they can prise him away from The Valley.

Liverpool may feel their good relations with Charlton can work in their favour, following the signing of Joe Gomez from The Addicks last summer.

Those tracking Lookman are thought to be willing to pay around £2million for his services, which given his potential, could be a bargain.

Having shone brightly in Charlton’s youth system, he was fast-tracked into the first-team, and made his debut against MK Dons last November.

He scored the first senior goal of his career against high-flying Brighton in December, and also registered a double at home to Bolton Wanderers 10 days later.

In total, he has scored five goals in 24 appearances Charlton to date, which at his tender age, is an impressive return.