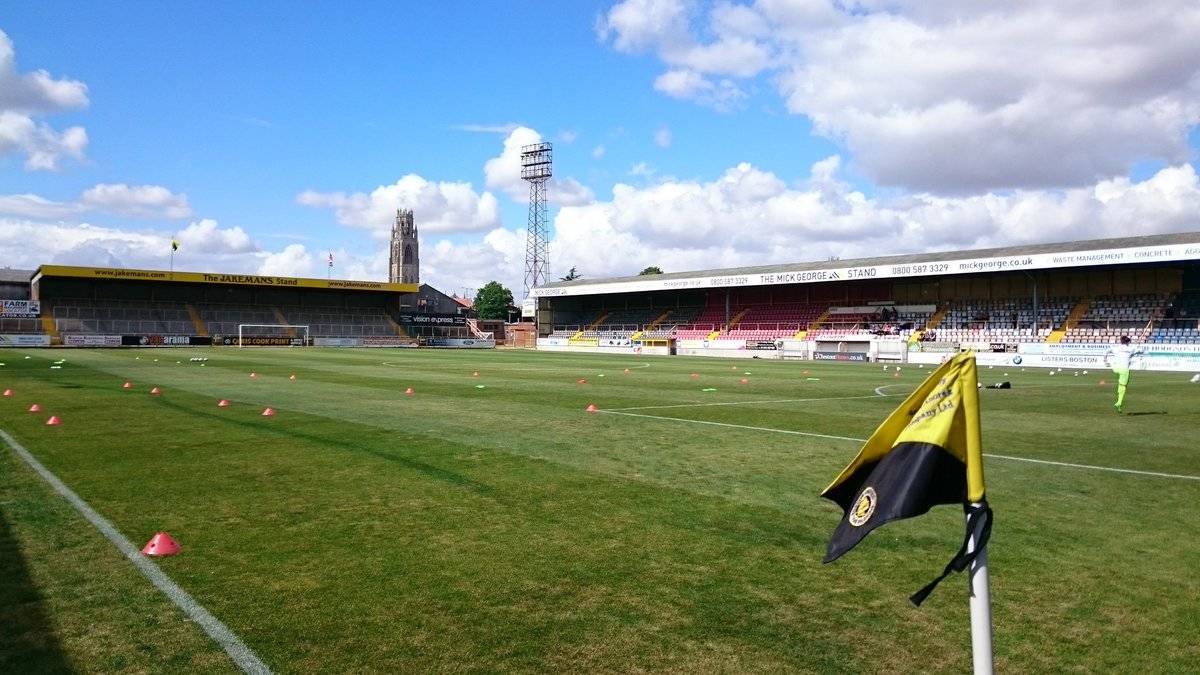 The day after their win against Manchester United, the next stop for Liverpool’s Under 18s was a friendly fixture against Boston United on Sunday.

The Lincolnshire senior side play in the National League North but their Youth Team, who frequently play Premier League Academy opposition, were to provide the latest test for Neil Critchley‘s youngsters, with the Reds fielding a much-changed lineup from the day before against Man United.

Liverpool gave an on English soil debut to ex-Barcelona youth player Juanma and it was the Spanish left-back who impressed early on; breaking down the left quickly he caused Boston no end of trouble and gave an early indication of things to come.

The deadlock was broken on five minutes after some excellent interplay between Glen McAuley and Marley Blair with Blair slotting home to put the Reds a goal up.

Unsurprisingly it was the Premier League academy who had the better of the early action. Juanma showed why Liverpool were keen to secure his services; receiving the ball just inside the opposition half he drove down the left, at speed, eventually delivering a beautiful cross for Brad Garton to finish. The Reds were totally dominant in the first 10 minutes.

Liverpool continued their free-flowing attacking play and almost added another on 20 minutes but some last ditch defending from their hosts thwarted them; Diego Latte was beginning to pull the strings on the right as the fullback advanced with speed at every given opportunity.

It was evident to all inside York Street that a third goal was coming and what a goal it was; Rafa Camacho broke free and rounded the Boston ‘keeper to slide the ball into an empty net. Camacho was starting to come into his own, he was the man on the end of every Liverpool attack.

As the first half drew to a close it was looking exceptionally comfortable for Liverpool with their hosts guilty of showing too much respect to their visitors. Although 3 goals clear of Boston the Reds didn’t have it all their own way; Boston just lacked the same quality in the final 3rd but it was the Reds who were in full control.

The second half started with James Berry replacing Jordan Hunter but it was the hosts who started quicker winning a penalty on 47 minutes after goalkeeper Ted Cann brought down Liam Adams. Adams stepped up and converted the chance and the hosts had a lifeline.

Boston pushed on and scored again quickly. Adams this time heading in from close range; the Reds now found themselves in a fixture with the second half only eight minutes old.

Composure was, however, quickly regained as Liverpool went on the attack and some five minutes after Boston had dragged themselves back into the game the fourth was secured for Liverpool; Glen McAuley with a thunderbolt from just inside the box restored the two-goal advantage.

Another batch of Liverpool substitutions saw Juanma move into a defensive centre-midfield role, for which the Spaniard looked comfortable in. Predictably through with this fixture being a friendly the substitutions affected the free flowing nature of the game.

With 15 minutes remaining on the clock the home side shifted up a gear and drove at their opponents; first hitting the post from close range and then forcing Ted Cann into an acrobatic save from a dangerous free kick on the edge of the 18 yard box.

This late scare continued and the hosts pulled another goal back to make it 3-4. This late rally shouldn’t take away anything from the Liverpool performance though with Diego Latte, Juanma, Marley Blair, Rhian Brewster and Rafa Camacho all catching the eye.

Post-match, U18s boss Critchley spoke on just what type of challenge a team like Boston United bring to this Liverpool side and how it differs from their normal fixtures.

“Our opponents brought us a different style of play and intensity, they were respectful but they got after us and gave us little time on the ball,” he said.

“We had to play quickly and think quickly to get them off us and I thought we did that well in the first half.

“Credit to Boston they played fantastically in the 2nd half and we sort of lost our way. Boston made it a great one for the spectators in the 2nd half but not for the (LFC) coaching staff to enjoy as they tested us.

On the future prospects of Juanma and just how he’d settled at Liverpool, Critchley explained that “the club are still waiting for his clearance so it was nice to give him 90 minutes.

“He did so well on trial for the U23s recently and he’s had 90 mins at Odense the other week so it was good for him to get another. We expect he’ll be joining the U23 for the rest of the season soon.”

The next test for the U18s is a return to Manchester but this time they’ll face Manchester City on Saturday 27 August.