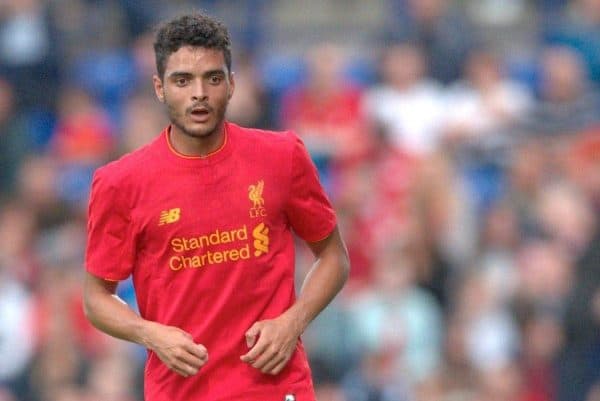 Liverpool centre-back Tiago Ilori made an influential cameo as Portugal earned a 2-0 win over Argentina to start their Olympic Games campaign.

The 23-year-old is with the Portuguese selection in Rio de Janeiro this summer, as they look to add to their European Championship success with Olympic gold.

Portugal were drawn in Group D, alongside Honduras, Algeria and Argentina, and took on the latter at Estadio Olimpico Joao Havelange on Thursday night.

Ilori was left out of Rui Jorge’s starting lineup, with the 43-year-old opting for a defence including Ricardo Esgaio, Tobias Figueiredo and Edgar Ie, but came on with nine minutes to play.

Portugal were already one goal up, following a strike from Goncalo Paciencia, but were under pressure from a talented Argentina outfit.

FC Porto midfielder added Portugal’s second on 84 minutes, securing the top spot in Group D after the first round of games, following Honduras’ 3-2 win over Algeria.

Ilori has long been a regular fixture in the Portugal youth sides, underlining his potential as a top-level centre-back.

This is yet to translate to his time with Liverpool, however, with injuries hampering his progress.

He made three appearances under Jurgen Klopp last season, all in the FA Cup, and despite his peripheral role he impressed, showcasing his speed, strength and agility.

Liverpool are currently short of centre-back options, with only Dejan Lovren and Ragnar Klavan fit of the senior players likely to remain at the club beyond the end of the transfer window.

Mamadou Sakho, Joel Matip and Joe Gomez are all currently sidelined, while Lucas Leiva is also out, with Klopp’s lack of cover stalling a likely move to Galatasaray this month.

It is unclear whether Ilori will be given a chance to impress on his return to Merseyside, but Klopp’s willingness to send him to Rio suggests he doesn’t feature in his plans for the long term.

Portugal will take on Honduras in their next Group D clash on August 7, before rounding off their preliminary fixtures against Algeria on August 10.